“There’s no one better to create the themed entertainment industry’s most magical night of the year – the Thea Awards Gala on March 21 – than Phil Hettema of The Hettema Group,” said Themed Entertainment Association (TEA) president Steve Birket of Birket Engineering. “Phil is one of the top creative figures in themed entertainment and he is an active and valued leader within TEA. We’re thrilled. We know that we’re in good hands and can expect a show of the highest caliber.”

TEA announced that Phil Hettema with colleagues Tom Vannucci and Jeff Kurtti, all of The Hettema Group, will produce the 21st Annual Thea Awards Gala at Disneyland Resort on March 21, 2015. 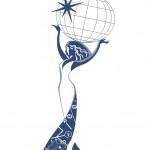 The Hettema Group is a world-class team of experience designers who have led a myriad of projects from initial concept to grand opening all over the globe. Phil Hettema, with his lauded 30-year legacy in themed entertainment, leads this award-winning team of artists, technicians and production experts. Projects include the High Roller observation wheel at The LINQ, Las Vegas; Dragons Wild Shooting at Lotte World, Beyond All Boundaries at the National World War II Museum, New Orleans; the USA Pavilion at Yeosu Expo 2012, and The One World Observatory in New York City.

Judith Rubin
Judith Rubin ([email protected]) is a leading journalist, publicist, strategist, blogger, content marketing specialist and connector in the international attractions industry. She excels at writing about all aspects of design and technical design, production and project management. Areas of special interest include AV integration and show control, lighting design and acoustics, specialty cinema, digital video and world’s fairs. Judith has ties to numerous industry organizations. From 2005-2020 she ran communications, publications and social media for the Themed Entertainment Association (TEA). In 2013, she was honored with the TEA Service Award. She was development director of IMERSA, and co-chair of the 2014 IMERSA Summit. She was publicist for the Large Format Cinema Association in the 1990s, now part of the Giant Screen Cinema Association (GSCA) and has also contributed to the publications of PLASA, IAAPA and the International Planetarium Society. Already making her mark as a magazine and book editor, Judith joined World’s Fair magazine in 1987, which introduced her to the attractions industry. Launching as a freelancer in the mid 1990s she has contributed to dozens of publications and media outlets including Funworld, Lighting&Sound America, Sound & Communications, Urban Land, The Raconteur and The Planetarian. She joined InPark in 2010. Judith earned a Bachelor of Fine Arts from Pratt Institute. She has lived in New York City and the San Francisco Bay Area, and now makes her home in Saint Louis, where she is active in the local arts and theater community.
Share
Facebook
Twitter
Linkedin
Email
Print
WhatsApp
Pinterest
ReddIt
Tumblr
Previous article7thSense Gives Backbone to Shows at Wanda Wuhan Movie Park
Next articlePolin Unveils New Logo, New Look to Website