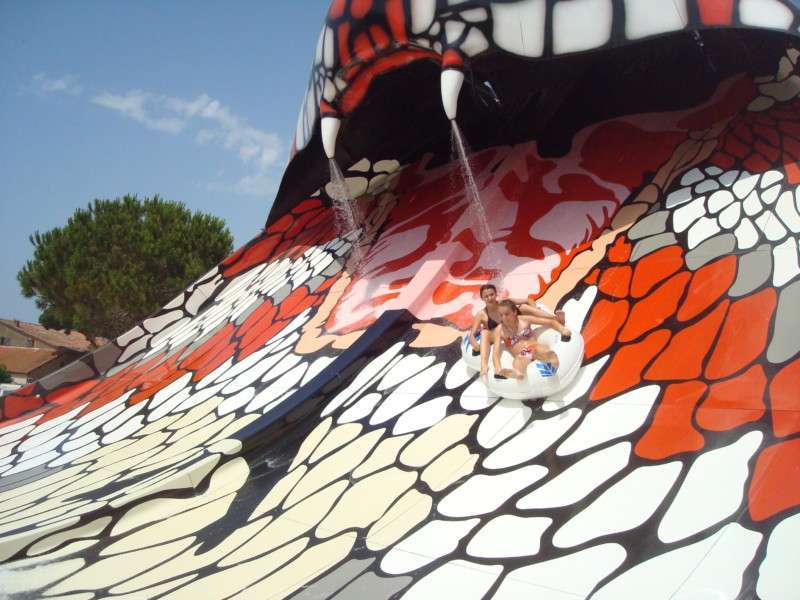 For the eighth year in a row, Polin Waterparks‘ innovative King Cobra waterslide has been honored by Kirmes & Park Revue magazine and sixth time in eight years, it earned the “First Place European Star Award” in the category of “Best Thrill Waterslide in Europe.” Polin is honored by King Cobra’s impact in the waterpark world and is excited to share the results of their dedication to quality, innovation, and technology with partner parks around the world.

Including the award won by King Cobra, a total of nine awards were presented to our partner parks across Europe at this year’s IAAPA Expo Europe which was hosted at Parc Asterix in Paris, France on September 16, 2019. This year, winners were selected across 14 categories by an international jury of 40 industry experts. In each category, members of the jury chose among European theme and water parks (including those in Russia and Turkey) with at least one operating attraction.
A huge congratulations to these award-winners:

Aquapark Istralandia in Istria, Croatia for Third Place in “Europe’s Best Thrill Water Slides for Polin’s Space Combo.  Aquapark Istralandia was the first water park built in Croatia by Polin Waterparks and (Please see the video.) The park continues to expand every few years with Polin Waterparks signature slides, the most recent being Space Combo.

Aqualand Frejus in France for Nineth Place in “Europe’s Best Thrill Water Slides” for Polin’s Storm Racer. Aqualand Frejus continues to expand every few years with Polin Waterparks signature slides, the most recent being Storm Racer. “Polin is now proud to have its own Storm Racer as a ride for adrenaline seekers in Aqualand Frejus. This is a high-end ride” explained Sohret Pakis.

Tropical Islands Resort in Krausnick, Germany for Sixth Place in “Europe’s Best Family Waterslides” for Polin’s Jungle Splash Water Play Structure and Sixth Place in “Europe’s Best Water Parks”.Tropical Islands Resort near Brandenburg, Germany, was already renowned as the largest indoor waterpark in the world. With the addition of multiple new aquatic attractions configured in a unique new way by premier waterslide designer Polin Waterparks (Istanbul), the resort has taken its moniker of being the “biggest” and pushed it to “beyond compare.”

Joe Kleimanhttp://wwww.themedreality.com
Raised in San Diego on theme parks, zoos, and IMAX films, InPark's Senior Correspondent Joe Kleiman would expand his childhood loves into two decades as a projectionist and theater director within the giant screen industry. In addition to his work in commercial and museum operations, Joe has volunteered his time to animal husbandry at leading facilities in California and Texas and has played a leading management role for a number of performing arts companies. Joe previously served as News Editor and has remained a contributing author to InPark Magazine since 2011. HIs writing has also appeared in Sound & Communications, LF Examiner, Jim Hill Media, The Planetarian, Behind the Thrills, and MiceChat His blog, ThemedReality.com takes an unconventional look at the attractions industry. Follow on twitter @ThemesRenewed Joe lives in Sacramento, California with his wife, dog, and a ghost.
Share
Facebook
Twitter
Linkedin
Email
Print
WhatsApp
Pinterest
ReddIt
Tumblr
Previous article
PSX welcomes three new members to its executive management team
Next article
15,900 attendees participate in IAAPA Expo Europe in Paris