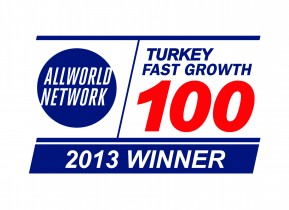 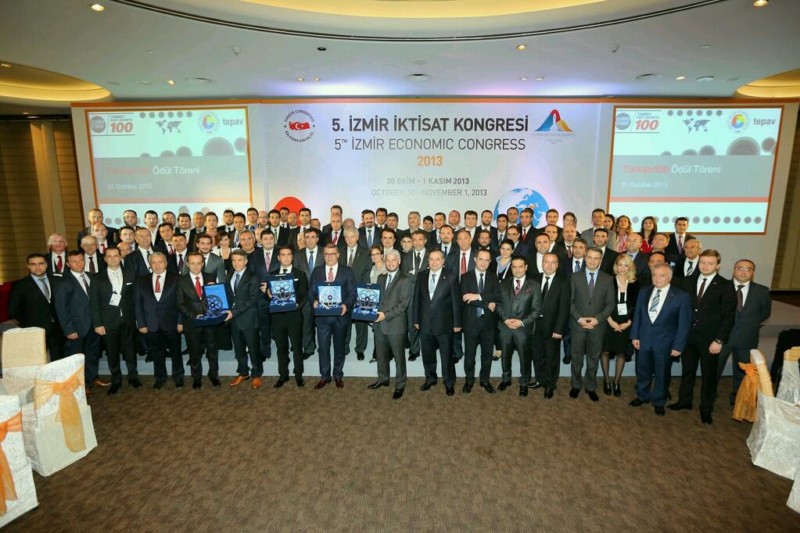 Istanbul, Turkey (November 4, 2013) — Polin was recently named as one of The Turkey100, a prestigious list of “game-changing entrepreneurs” identified by AllWorld Network. AllWorld cited Polin among the businesses referred to as some of the world’s fastest-growing young companies that “are pioneering solutions in old and new industries.” The organization noted that the distinguished firms had collectively created 11,000 jobs in three years.

Polin has become one of the world’s leading companies in the design, manufacture and installation of waterparks, waterslides and water-play attractions. Specifically, Polin has been a pioneer in the advancement and application of closed-molded manufacturing technology in waterslide development. Its forward-thinking innovation has led to the firm expanding its operations throughout Asia to Europe, China, Canada, Australia, the United States and beyond.

The list of honorees on the list was announced during the AllWorld Turkey100 Awards Gala, which took place during the Fifth Izmir Economic Congress on Oct. 30. The event was opened by Turkey’s President and Prime Minister Recep Tayyip Erdoğan and hosted by AllWorld Network, the Ministry of Commerce, the Union of Chambers and Commodity Exchanges of Turkey (TOBB), and the Economic Policy Research Foundation of Turkey.

Turkey100 companies average $34 million in sales ($3.4 billion collectively). From technology to traditional mining and textiles, their average growth rate was 371 percent between 2010 and 2012. Coming from all over Turkey, the Turkey100 represent 25 cities and range in size from $1 million to $237 in annual sales.

Michael Porter, AllWorld Network co-founder and chairman, who is also a Harvard Business School professor, said, “The Turkey100 establishes the definitive record of the fastest-growing, most-innovative entrepreneurs in the country. AllWorld has rankings in 15 countries, and the Turkey100 shattered the records for entrepreneurial growth and industry diversity. These companies, led by dynamic men and women, represent the leading edge of a new approach to Turkey’s competitiveness.”

Polin’s CEO Basar Pakis said his company was honored to be among the top 100. “Polin strives to stay at the forefront of technology, as well as providing the highest quality of service to our clients and partners,” Pakis noted. “It is truly a privilege to receive this commendation, and we are humbled to be named alongside some of the most-well-respected business leaders in our country.”

Facts About the Turkey100

Joe Kleimanhttp://wwww.themedreality.com
Raised in San Diego on theme parks, zoos, and IMAX films, InPark's Senior Correspondent Joe Kleiman would expand his childhood loves into two decades as a projectionist and theater director within the giant screen industry. In addition to his work in commercial and museum operations, Joe has volunteered his time to animal husbandry at leading facilities in California and Texas and has played a leading management role for a number of performing arts companies. Joe previously served as News Editor and has remained a contributing author to InPark Magazine since 2011. HIs writing has also appeared in Sound & Communications, LF Examiner, Jim Hill Media, The Planetarian, Behind the Thrills, and MiceChat His blog, ThemedReality.com takes an unconventional look at the attractions industry. Follow on twitter @ThemesRenewed Joe lives in Sacramento, California with his wife, dog, and a ghost.
Share
Facebook
Twitter
Linkedin
Email
Print
WhatsApp
Pinterest
ReddIt
Tumblr
Previous article
SIGGRAPH Asia 2013 to Showcase Latest in Interactive Technologies and Virtual and Augmented Reality
Next article
Utopia Entertainment Sponsors Benefit for Rock School Scholarship Fund