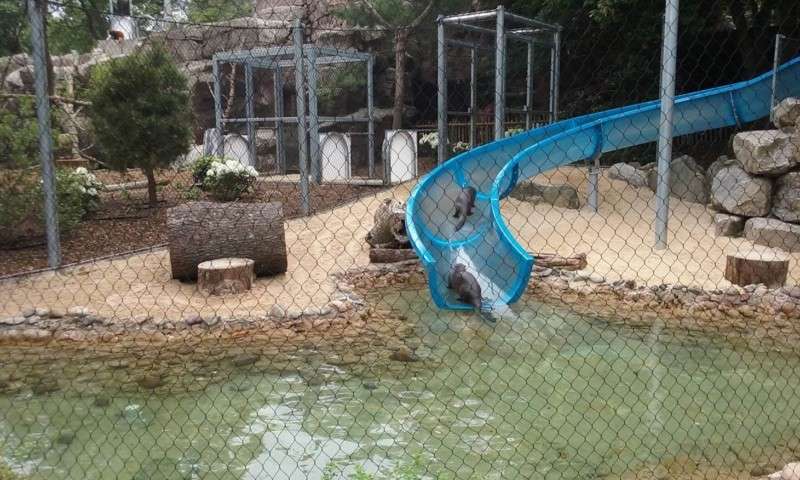 Usually, Polin Waterparks is focused on people. The company has built its internationally renowned reputation on catering to millions of clients who are thrilled by its 3,000 waterpark projects in 105 countries around the world. But recently, in Philadelphia, Polin focused on a very different guest: the otters at the Philadelphia Zoo.

Adding to the Zoo360 Experience

The Philadelphia Zoo created its Zoo360 experience several years ago – a series of exploration trails throughout the facility that allow animals to move safely above guests through a network of see-through mesh trail ways.

Working with Polin Waterparks, the zoo has now enhanced this overhead experience with the opening of Water Is Life: Red Panda Pass and Otter Falls, a redesign of its former Carnivore Kingdom exhibit. This new exhibit offers exciting new experiences for the animal residents.

Water Is Life highlights one of the planet’s most important resources and showcases its role in shelter, nourishment and play for animals and humans alike. Engaging and interactive water sculptures offer guests changing visual effects, allowing them to interact with, think about and engage with the ways this essential substance.

Water Is Life has two main zones: Red Panda Pass – with a winding maze of overhead bridges and tunnels in which the zoo’s red pandas roam and explore – and Otter Falls, a new aquatic version of the Zoo360 experience. The primary feature of Otter Falls is its oversized slide through which the creatures can frolic, swim and slip.

The new exhibit has proven to be extremely popular with guests who have been visiting in person to watch the otters’ angular antics. Guests have also spent hours online watching a video of the animals slipping down their personal waterslide, playing in their pool and sliding in the sunshine. The video now has more than 16,000 views on the zoo’s Facebook page.

Aquatics by Westwind Owner Bart Deeg says, “Seeing otters have fun with waterslides is an amazing experience for Philadelphia Zoo guests. This project greatly helps to point out water’s importance for all creatures around the world. It has been honor and pleasure being part of this project.”