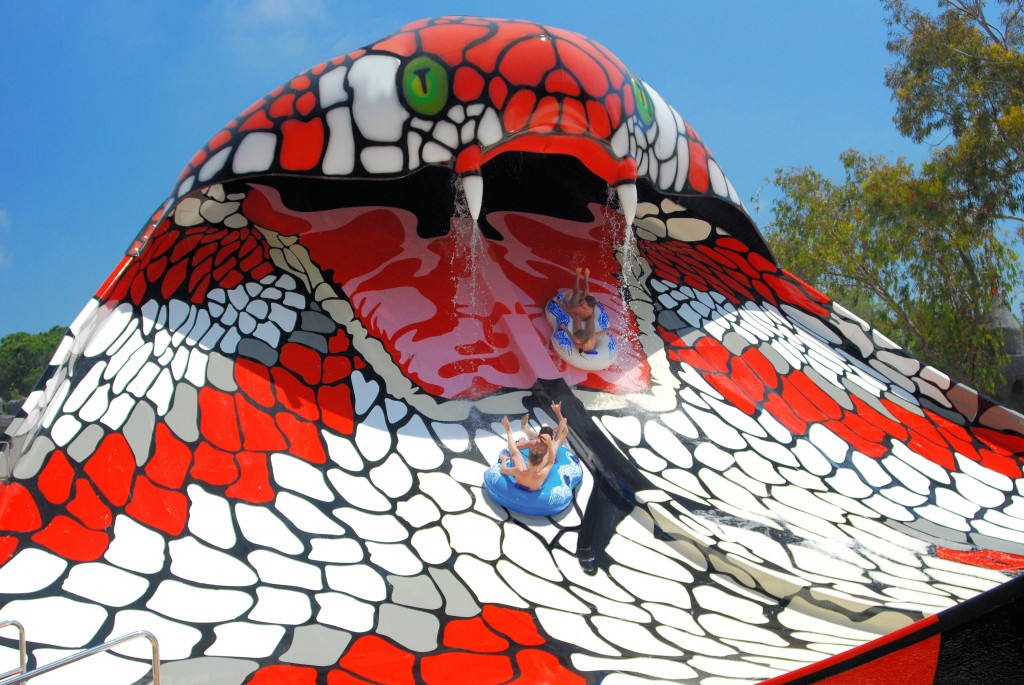 Istanbul, Turkey — For the second year in a row, Polin Waterparks and Pool Systems is honored to announce that its King Cobra waterslide at Aqualand Frejus was awarded “First Place” in the category of Best Waterslide in Europe by Kirmes & Park Revue magazine.

In addition, the company is pleased to announce the receipt of an additional award: “Most Innovative Product” in the entertainment category of the Turk Kompozit 2013 Composites Summit. 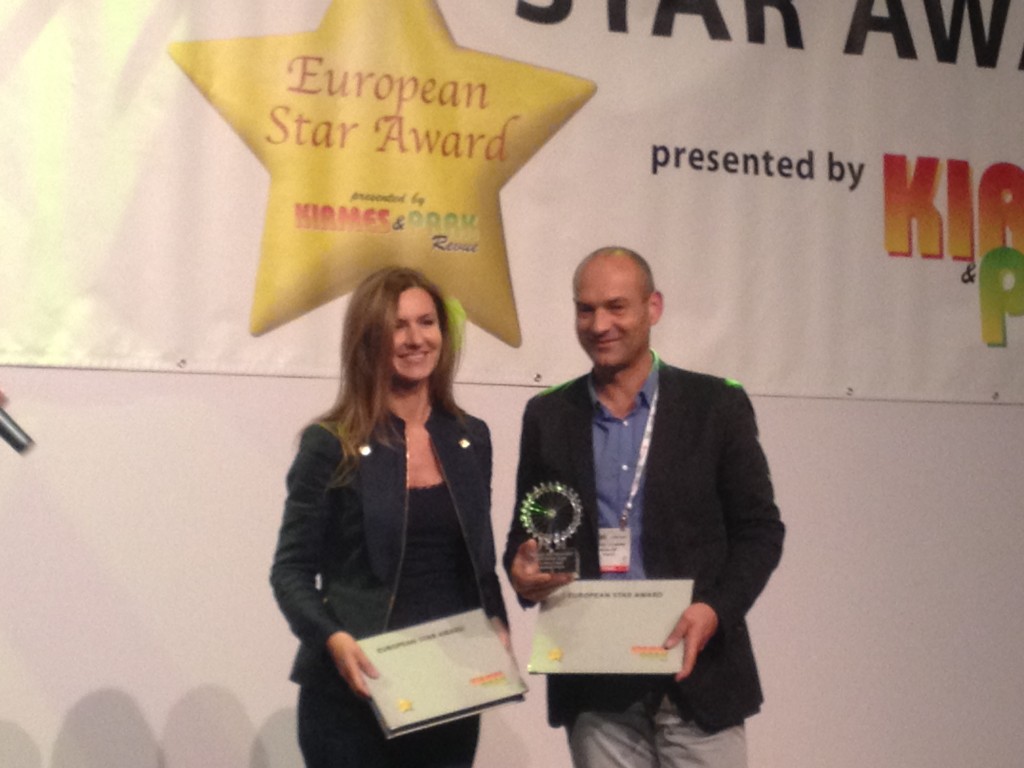 This year’s Kirmes & Park Revue awards were presented during a special reception at the Euro Attractions Show (EAS) in Paris. Kirmes & Park Revue presented its inaugural European Star Awards only last year. The purpose of the awards is to recognize “entrepreneurial courage” and “exceptional innovation,” according to the magazine’s staff. It focuses solely on the European theme park industry and is voted on by an international team of experts. This year, the award organizers expanded the categories to 11 and plan to tweak the competition each year in one way or another to keep it interesting. 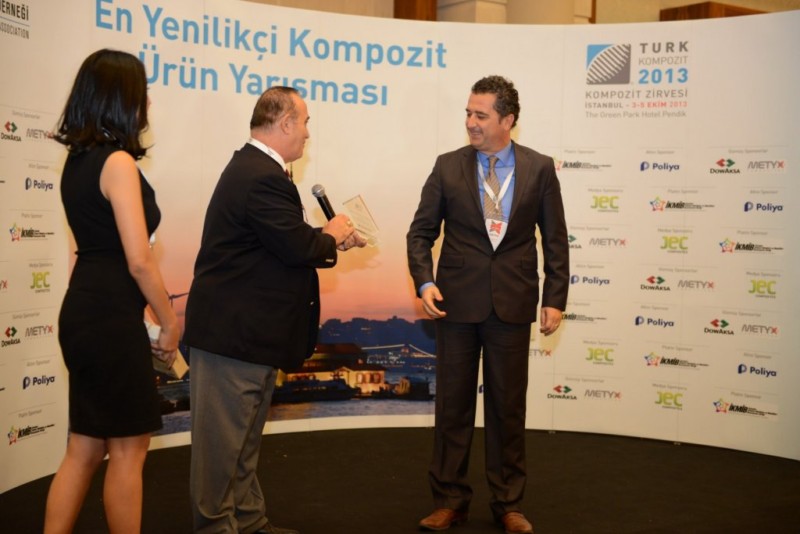 Organized and sponsored by the Turkish Composites Manufacturers Association (TCMA), the Composites Summit honored the latest technological products and developments in that industry during an event on Oct. 3 in Pendik, Turkey. Polin received its award for the Most Innovative Entertainment Product. The first-ever event is expected to be held every two years. The Turkish composites business sector is currently one of the 10 largest in Europe, having grown about 10 percent in the last few years.

Bilge Pakis, Design Manager for Polin, says he believes the reason that King Cobra has been singled out repeatedly as an award-winner-and as a major audience attraction-isn’t due to just one factor. Numerous aspects of the ride’s innovative design make it popular. 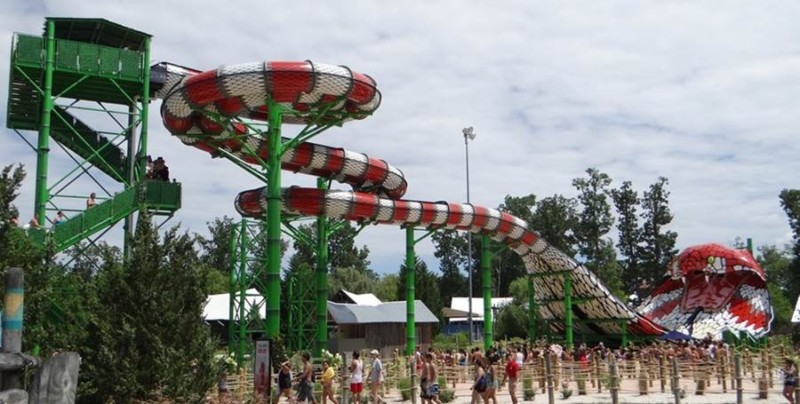 Introduced at IAAPA Asia in July 2010, the ride quickly became one of the most-talked-about waterslides in the industry. “It has truly been a game-changer,” Pakis explained. “For one, King Cobra is a high-capacity ride. It accommodates two double tubes, so four persons can ride simultaneously.”

Second, he says, it is an interactive attraction. “Riders experience the thrill of competing with one another as they race through the slide’s twists and turns.”

Third, the King Cobra’s strong visual impact and spectator appeal make it unique among waterslide designs. “It also incorporates many special effects,” Pakis notes. Specifically, as riders slide into the bowl of the cobra, they activate sensors. These instruments kick-start a variety of high-tech surprises designed to heighten the attraction’s excitement, such as unexpected spurts of water, the chilling sound of a snake’s hiss and adrenaline-pumping light effects. “It’s a thrilling experience,” he says. 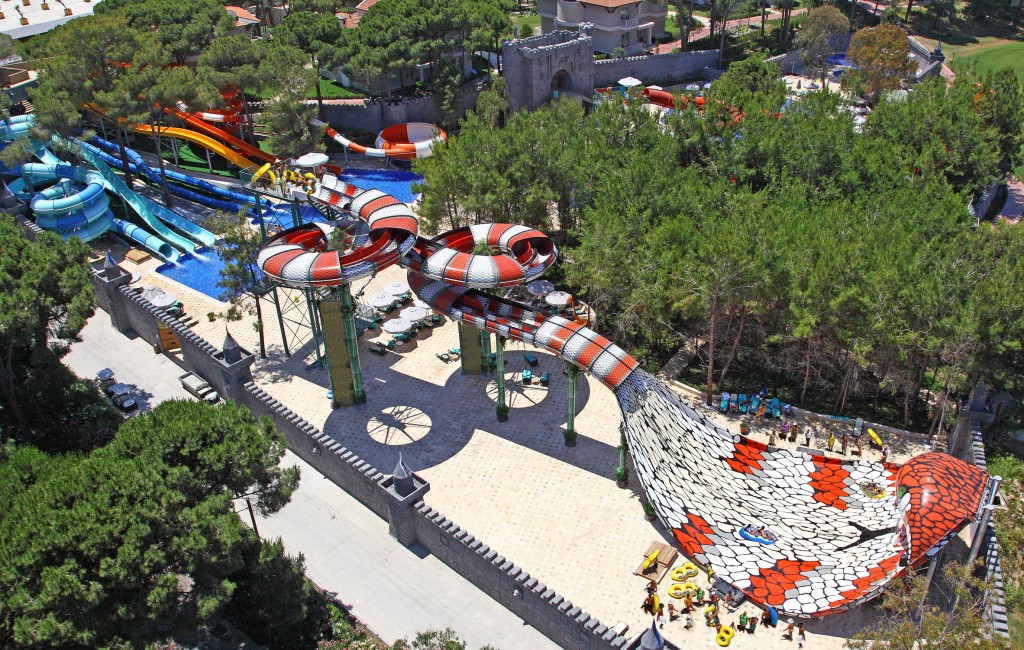 Above, all, however, the King Cobra’s most unique attribute is its creative theming. Bold red, black and white scales provide an imposing veneer over the exterior and interior of the slide’s massive 50-foot (15.24-meter) height and 260-foot (790-meter) length.

“That integrated theming is what has truly made the ride so popular,” Pakis explains. “In fact, this waterslide was the first to offer a theme built directly into its fiberglass design.” Even more impressive about the slide, however, is that it is not limited to its widely recognized reptilian look. That flexibility is increasingly important because today’s discerning customers expect uniqueness and variety in their amusement park experience.

Polin continues to design more creative and innovative slides in the future so that park owners can count on the company to continue delivering attractions that will pique customers’ interest.

Joe Kleimanhttp://wwww.themedreality.com
Raised in San Diego on theme parks, zoos, and IMAX films, InPark's Senior Correspondent Joe Kleiman would expand his childhood loves into two decades as a projectionist and theater director within the giant screen industry. In addition to his work in commercial and museum operations, Joe has volunteered his time to animal husbandry at leading facilities in California and Texas and has played a leading management role for a number of performing arts companies. Joe previously served as News Editor and has remained a contributing author to InPark Magazine since 2011. HIs writing has also appeared in Sound & Communications, LF Examiner, Jim Hill Media, The Planetarian, Behind the Thrills, and MiceChat His blog, ThemedReality.com takes an unconventional look at the attractions industry. Follow on twitter @ThemesRenewed Joe lives in Sacramento, California with his wife, dog, and a ghost.
Share
Facebook
Twitter
Linkedin
Email
Print
WhatsApp
Pinterest
ReddIt
Tumblr
Previous article
Demons Arrive at Heide Park with Backstory of New Coaster
Next article
Electrosonic Wins 2013 AV Award for Siemens Crystal