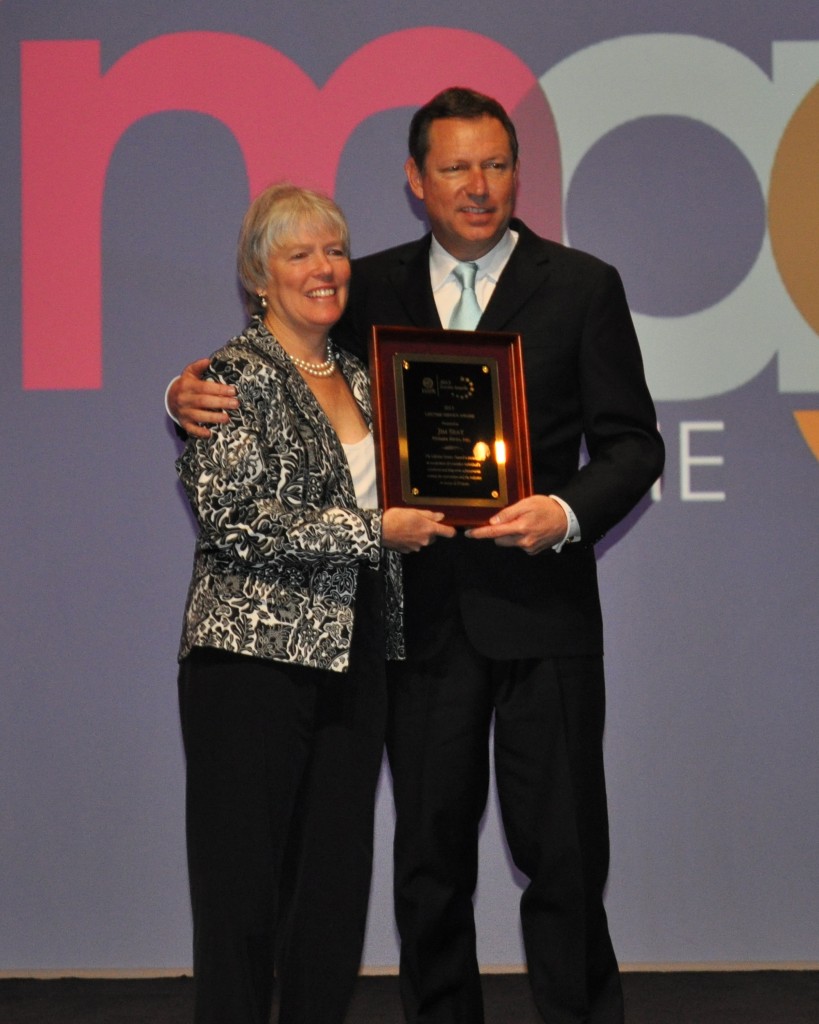 This prestigious award is given in recognition of an individual’s contributions to the industry and to IAAPA.  It honors IAAPA members who excel in performing services for the association and the industry; persons who are dedicated to its well-being, and who have been doing so in excess of twenty years. Without the consistent and long-term achievements of the honoree, the amusement industry would not be what it is today:  a thriving global industry, proud of its rich history, and excited about its future.

Jim Seay commented, “I am truly honored and humbled by the award which I accept on behalf of those in the industry who passionately volunteer so much of their careers in making our industry so safe.” 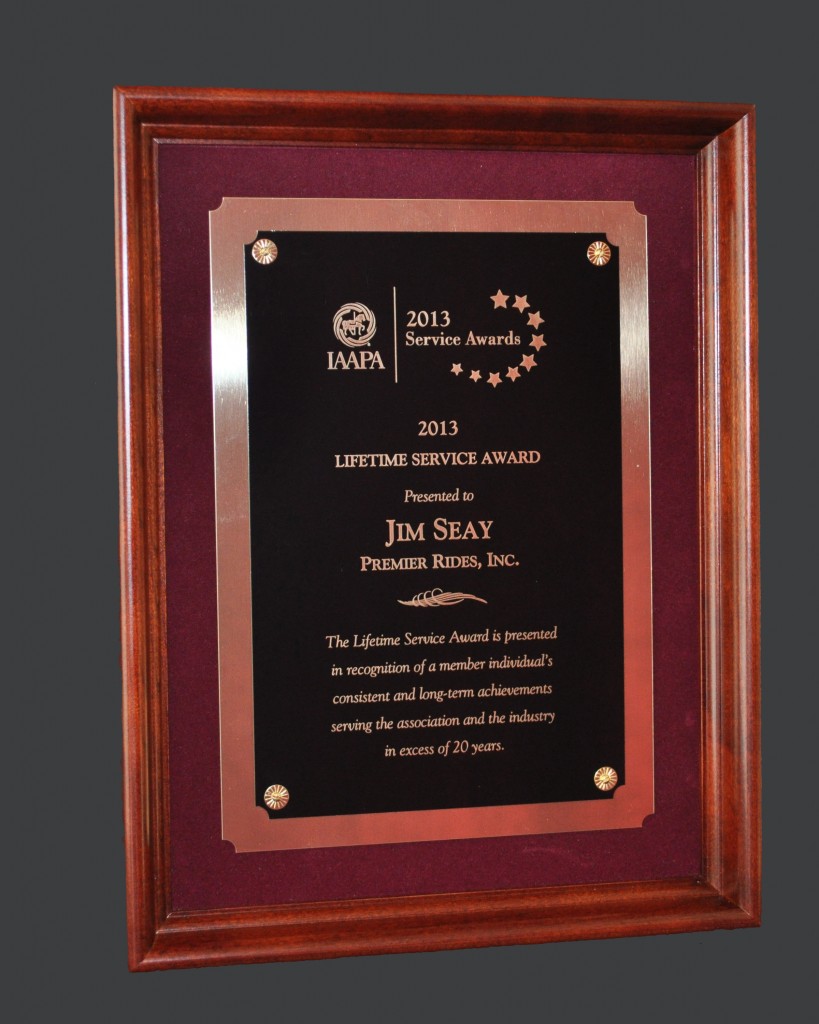 Jim Seay began his career in the industry in 1988 when he brought his aerospace expertise to the Six Flags Corporate Engineering Team.  In 1996 he became president of Premier Rides where he and his team helped develop the Linear Induction Motor and Linear Synchronous Motor-powered roller coaster.  Throughout his career, Jim has dedicated himself to the design, manufacture and operation of safe rides and attractions.  But even more impressive are the endless personal hours he has given to ensure the safety of millions of people who enjoy amusement rides around the world.

Jim has served on IAAPA Board of Directors and the Executive Board, and on countless committees such as the Service Awards, Applause Awards, Manufacturer & Suppliers, to name but a few.  Jim is currently serving on the IAAPA Safety and Government Relations Committees as well as the IAAPA Foundation Board.

Jim’s passion for amusement ride safety is demonstrated by the countless hours he has volunteered over the past twenty years to the development of global safety standards; the last six years serving as Chairman of ASTM F24.  Jim continues to do so by encouraging member participation in standards creation and facilitating the semi-annual ASTM F24 safety conferences.  Jim is a frequent presenter at IAAPA industry and ASTM F24 meetings and conferences around the world, and has also testified before United States Congress on the topic of ride safety and safety standards.

Under Jim’s leadership, the ASTM F24 has grown stronger in both its strategic focus on developing standards for new types of amusement devices and by more than doubling its membership to over eight hundred individuals.

Joe Kleimanhttp://wwww.themedreality.com
Raised in San Diego on theme parks, zoos, and IMAX films, InPark's Senior Correspondent Joe Kleiman would expand his childhood loves into two decades as a projectionist and theater director within the giant screen industry. In addition to his work in commercial and museum operations, Joe has volunteered his time to animal husbandry at leading facilities in California and Texas and has played a leading management role for a number of performing arts companies. Joe previously served as News Editor and has remained a contributing author to InPark Magazine since 2011. HIs writing has also appeared in Sound & Communications, LF Examiner, Jim Hill Media, The Planetarian, Behind the Thrills, and MiceChat His blog, ThemedReality.com takes an unconventional look at the attractions industry. Follow on twitter @ThemesRenewed Joe lives in Sacramento, California with his wife, dog, and a ghost.
Share
Facebook
Twitter
Linkedin
Email
Print
WhatsApp
Pinterest
ReddIt
Tumblr
Previous articlePerot Museum of Nature and Science Celebrates Successful First Year of Operation
Next articleCNL Lifestyle Properties Brands Newly Acquired Palm Springs Waterpark as Wet ‘n’ Wild