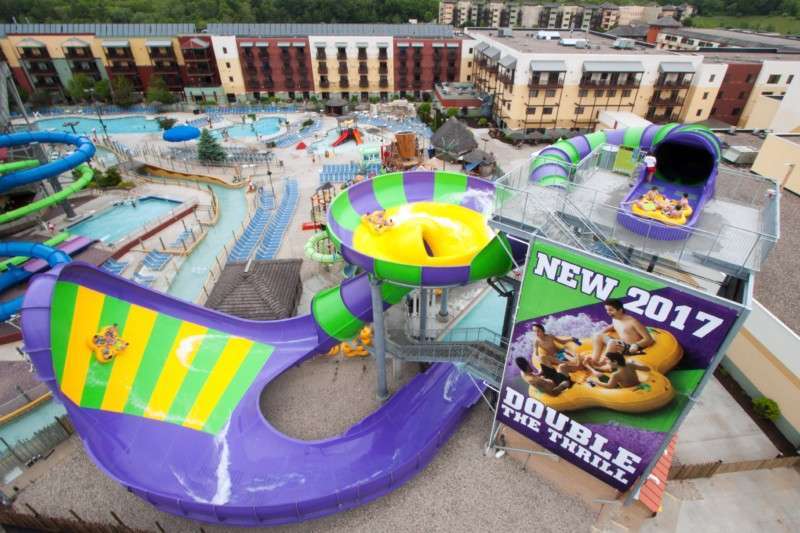 This was followed by Kalahari Resorts Wisconsin Dells, which debuted their new ride, “The Smoke that Thunders,” on Memorial Day 2017. It’s an  iconic ProSlide BehemothBOWL 40/TornadoWAVE 60 hybrid ride, with rafts that sweep up and across the curved wall, climbing higher and hanging in zero gravity longer than any other wall on the market. 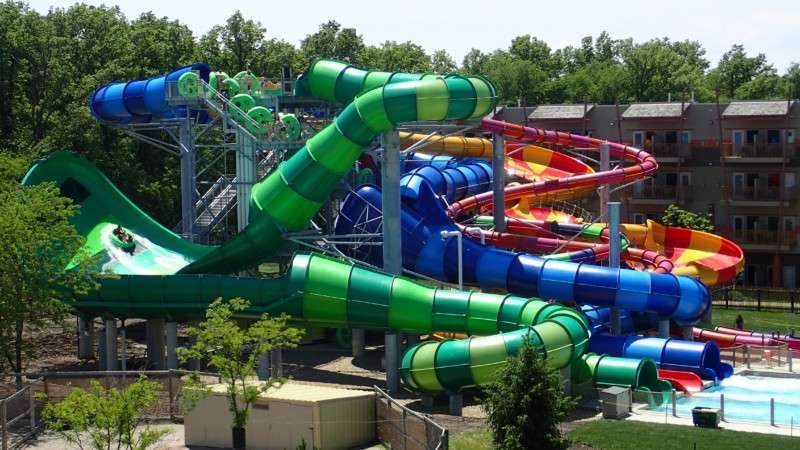 And finally in 2017 (also right around Memorial Day) Kalahari showed off 5 new ProSlide rides at Kalahari Resorts Sandusky. The new rides include another ProSlide TornadoWAVE 45, along with a massive ProSlide FlyingSAUCER 30 that moves at lightning speed, tubes banked high up on the wall, glued by centrifugal force, the steep angle of the saucers creating a ‘drop-and-dive’ sensation as riders race along its edge. These are joined by a hybrid TORNADO 24/TORNADO 24 combo, a ProSlide TWISTER and TurboTWISTER.

Kalahari chose ProSlide rides due to the company’s relationships. According to Nelson, “We’ve had a good partnership for a lotta, lotta years. They’re exclusive in our Pennsylvania project, so every single ride out there is a ProSlide product. We’re very pleased with them. ProSlide’s impacted my bottom line a lot. You know, the indoor water park is the reason people come…and for us to have the latest, greatest, and the best things out there it’s crucial. Another thing I just love that ProSlide does is that when you get a date from ProSlide, you’re opening up. No matter what they have to do, we will open up.”

Joe Kleimanhttp://wwww.themedreality.com
Raised in San Diego on theme parks, zoos, and IMAX films, InPark's Senior Correspondent Joe Kleiman would expand his childhood loves into two decades as a projectionist and theater director within the giant screen industry. In addition to his work in commercial and museum operations, Joe has volunteered his time to animal husbandry at leading facilities in California and Texas and has played a leading management role for a number of performing arts companies. Joe previously served as News Editor and has remained a contributing author to InPark Magazine since 2011. HIs writing has also appeared in Sound & Communications, LF Examiner, Jim Hill Media, The Planetarian, Behind the Thrills, and MiceChat His blog, ThemedReality.com takes an unconventional look at the attractions industry. Follow on twitter @ThemesRenewed Joe lives in Sacramento, California with his wife, dog, and a ghost.
Share
Facebook
Twitter
Linkedin
Email
Print
WhatsApp
Pinterest
ReddIt
Tumblr
Previous articleSpace Center Houston Kickstarter Campaign Aims to Raise Funds for Restoration of Historic Mission Control
Next articleMuseo del Holocausto, Guatemala Nominated for Leading Culture Destinations Award