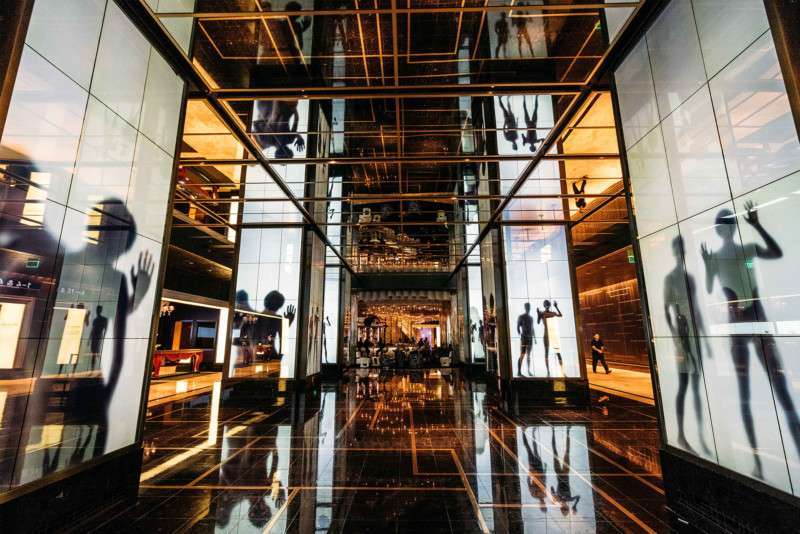 ABOVE: Lobby, The Cosmopolitan of Las Vegas. AV integration by PSX.

Entering its 25th year in the audiovisual and technology industry, PSX, which specializes in the Design, Build and Support of Audio, Video and Show Control Technologies, Entertainment Lighting and Acoustics, announces the additions of Steven Fisher, Robert Pourciau, and John March to its executive leadership team.

“Steven, Robert and John each bring decades of success and international business expertise to our organization,” says Jeff Borne, President and CEO of PSX, Inc. “This team will position PSX for future growth and success, while providing us the ability to better serve our clients globally.”

PSX, Inc specializes in the Design, Build and Support of Audio, Video and Show Control Technologies, as well as Entertainment Lighting and Acoustics.

Steven Fisher has been named Vice President of Business Operations. “I’m thrilled about the opportunity to work with Jeff and team to take this world-class business to the next level. We share the same passion for excellence as it relates to client relationships, project delivery, our team and our culture. Our goal for every project is to innovate within our client’s budget, meet our client’s schedule and exceed our client’s expectations.” says Fisher. A 30-year veteran of the Technology Industry, Fisher will lead the strategic growth and direction of the business globally.

A 30-year veteran of the Technology Industry, Steven Fisher joined PSX, Inc. in 2019 as Vice President of Business Operations to lead the strategic growth and direction of the business globally. Previously, he was Vice President at two international industry-leading Technology Design Consulting Firms.

Fisher brings decades of success, innovation and leadership to PSX. “My philosophy for Technology Design and Build is simple; Listen, Collaborate and Deliver,” says Fisher. “My goal for every project is to innovate within our client’s budget, meet our client’s schedule and exceed our client’s expectations.”

Steven is a graduate of Louisiana State University’s E.J. Ourso College of Business, Rapport Leadership International, and is a member of Vistage International, IAAPA and the TEA.

With 25 years of experience in the technology industry, Robert Pourciau has been appointed Vice President of Operations for PSX. Pourciau will lead and be responsible for key global operations, including technology design consulting and project delivery efforts. “It is with great pleasure that I take up this important role at PSX. I’m excited to be part of an organization world-renowned for its technology design and integration of innovative audio, video and control systems.”

Pourciau has held positions as Managing Partner and Director at previous firms. He has successfully managed technical teams on projects totaling more than one hundred million dollars globally. He has strategically managed international business development efforts and networks through his leadership, technical expertise, organizational skills, creativity, direct communication and attention to detail.

As an industry panelist and speaker, Pourciau has been featured at Themed Entertainment Association events in North American, in Asia at TEA sponsored events and Theme Park and Attraction Summits. He also has several feature articles written for industry trade publications for past project accomplishments.

John March, who has worked with PSX since 2017, has been named Vice President of Strategic Business Development. March will lead Client Relationship Management and Project Development for the company, focusing on the themed-entertainment industry.

March brings years of expertise to PSX, from his work on the Lunar Orbiter and Voyager with NASA, to numerous World Expo Pavilions, Lotte World, The Festival Fountain and Atlantis Fountain at the Forum Shops at Caesars, E.T.’s Adventure at Universal Studios, Florida and Los Angeles, to world class attractions for Disney. In total, March has delivered more than 50 Theme park, museum, and world expo projects over his career throughout North America, Italy, Korea, Singapore, Taiwan, Japan, and more.

He has written several articles on technology in attractions for trade publications and worked with Monte Lunde in the Founding of the TEA (Themed Entertainment Association). March has also been a guest speaker at IAAPA, International Gaming Conference, TILE in Europe, as well as ASTM and AAM.

Joe Kleimanhttp://wwww.themedreality.com
Raised in San Diego on theme parks, zoos, and IMAX films, InPark's Senior Correspondent Joe Kleiman would expand his childhood loves into two decades as a projectionist and theater director within the giant screen industry. In addition to his work in commercial and museum operations, Joe has volunteered his time to animal husbandry at leading facilities in California and Texas and has played a leading management role for a number of performing arts companies. Joe previously served as News Editor and has remained a contributing author to InPark Magazine since 2011. HIs writing has also appeared in Sound & Communications, LF Examiner, Jim Hill Media, The Planetarian, Behind the Thrills, and MiceChat His blog, ThemedReality.com takes an unconventional look at the attractions industry. Follow on twitter @ThemesRenewed Joe lives in Sacramento, California with his wife, dog, and a ghost.
Share
Facebook
Twitter
Linkedin
Email
Print
WhatsApp
Pinterest
ReddIt
Tumblr
Previous articleSentosa Development Corporation unveils multi-decade transformational master plan for Sentosa and Pulau Brani islands
Next articlePolin continues winning streak at European Star Awards