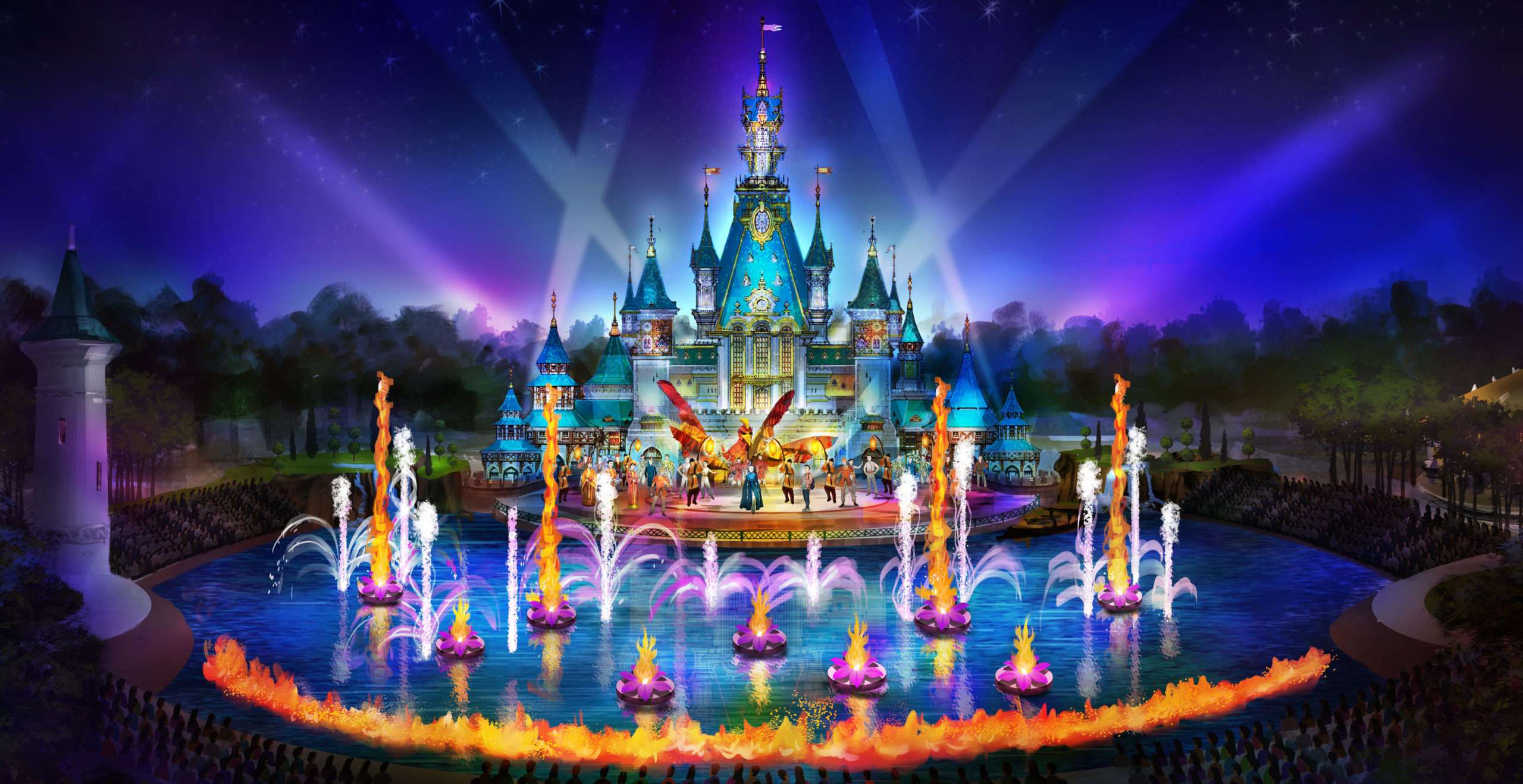 Quantum Creative Studios announces that Hanoi, Vietnam-based Vinpearl has selected Quantum to create, design, and produce ONCE – AN ENCHANTED STORYBOOK SPECTACULAR, a multi-media nighttime spectacular for Vinpearl Land, the newest and one of the biggest theme parks in Asia on the tropical resort island of Phú Quốc, Vietnam.

Set around a magical castle and lagoon, the show takes park guests on a nightly adventure with a fellow visitor as he battles a fierce sorceress longing to escape the island of Phú Quốc and summons the majestic and regal Phoenix to save himself, Vinpearl Land, and all its guests, learning all about his imagination in the process.

“Stories can inspire, and stories can terrify. But it’s the imagination that brings these stories to life. In this production we open a centuries-old storybook and bring a spellbinding tale to life once more, live around a beautiful lagoon,” said Quantum’s CCO Kelly Easterling. “But this storybook has no end – and without an ending, anything can happen.”

Easterling adds that “Quantum Creative Studios has had the unique opportunity to create this nighttime lagoon spectacular from conception, playing a key role in designing the infrastructure for every aspect of ONCE. Working with award-winning writers and designers, world-class fountain and special effects creators, and top lighting and audio/visual creatives, Quantum has helped transform an island paradise into a stunning themed world.”

With grand fountain effects designed by Martin Aquatic Design & Engineering and fountains by Oase Living Water; stunning fire and special effects by Sigma Services, including 250 foot high fire effects; projection mapping and audio/visual effects by Electrosonic, Wartsila, and 7thSense; and production management by The Producers Group, ONCE will be an experience for all five senses.

“We are incredibly fortunate to work with an expert team of colleagues – top theme park professionals whose work we admire tremendously – and to have a great creative partner like Vinpearl, who are not afraid to take risks and have allowed us to create a unique and special experience that has never been seen before in Vietnam,” said Quantum CEO Jayson Raitt.

Joe Kleimanhttp://wwww.themedreality.com
Raised in San Diego on theme parks, zoos, and IMAX films, Joe Kleiman would expand his childhood loves into two decades as a projectionist and theater director within the giant screen industry. In addition to his work in commercial and museum operations, Joe has volunteered his time to animal husbandry at leading facilities in California and Texas and has played a leading management role for a number of performing arts companies. Joe has been News Editor and contributing author to InPark Magazine since 2011. HIs writing has also appeared in Sound & Communications, LF Examiner, Jim Hill Media, and MiceChat. His blog, ThemedReality.com takes an unconventional look at the attractions industry. Follow on twitter @ThemesRenewed Joe lives in Sacramento, California with his fiancé, two dogs, and a ghost.
Share
Facebook
Twitter
Linkedin
Email
Print
WhatsApp
Pinterest
ReddIt
Tumblr
Previous articleLisa Jey Schanley joins Technomedia as Director of Sales – Advanced System Solutions
Next articleAudinate’s Dante AV Product Design Suite set for Q1 2020 delivery