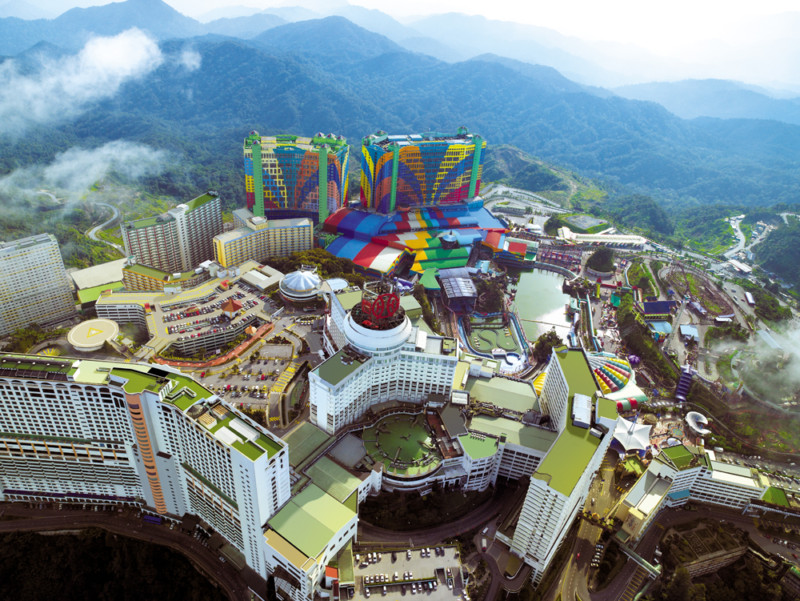 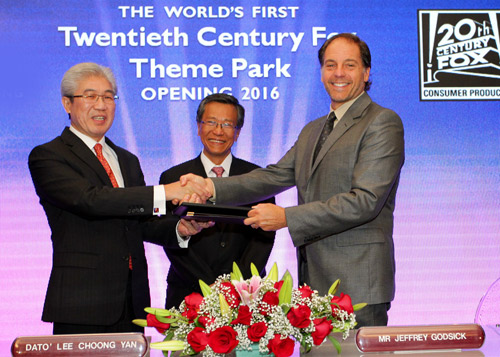 “For the first time, audiences will soon be transported into the worlds of their favorite Twentieth Century Fox properties,” said Godsick. “Brought to life by our partner Resorts World Genting, this theme park marks the launch of our global location based entertainment strategy.”

“Twentieth Century Fox is one of the world’s largest producers and distributors of entertainment content in the world,” said Tan Sri Lim. “The FOX brand is popular throughout the world because the studio has earned a reputation for quality, creativity and longevity. We’re honored to partner with Twentieth Century Fox to realize the vision of a world class integrated resort.”

The Twentieth Century Fox theme park at Resorts World Genting will feature rides and attractions based on a wide array of FOX properties including action, adventure, animation, family and sci-fi genres.

Resort World Genting is investing more than r RM400 million (US$125 million) to develop the Twentieth Century Fox theme park.  New jobs will be created, including cast members who will be trained to operate the rides and attractions, while representing the characters and stories from various FOX properties. The ultimate focus and goal: delivering a world-class customer experience.

The Genting Theme Park was opened in 1978 as Genting Amusement and Recreation Park. Today after 35 years, the outdoor theme park receives millions of visitors annually from Malaysia and all over the world. With the Twentieth Century Fox theme park targeting families and adults alike, the Resort anticipates a strong growth in visitors from both Malaysia and international arrivals, in addition from neighboring countries.

The Genting Outdoor Theme Park will be closed beginning September 1st 2013 to facilitate the construction of the Twentieth Century Fox theme park. The projected soft opening is scheduled to take place in 2016.

Joe Kleimanhttp://wwww.themedreality.com
Raised in San Diego on theme parks, zoos, and IMAX films, InPark's Senior Correspondent Joe Kleiman would expand his childhood loves into two decades as a projectionist and theater director within the giant screen industry. In addition to his work in commercial and museum operations, Joe has volunteered his time to animal husbandry at leading facilities in California and Texas and has played a leading management role for a number of performing arts companies. Joe previously served as News Editor and has remained a contributing author to InPark Magazine since 2011. HIs writing has also appeared in Sound & Communications, LF Examiner, Jim Hill Media, The Planetarian, Behind the Thrills, and MiceChat His blog, ThemedReality.com takes an unconventional look at the attractions industry. Follow on twitter @ThemesRenewed Joe lives in Sacramento, California with his wife, dog, and a ghost.
Share
Facebook
Twitter
Linkedin
Email
Print
WhatsApp
Pinterest
ReddIt
Tumblr
Previous article
Sea Monsters Box Office Far From Extinct with $50 Million Worldwide
Next article
New World of Color Show Ties In With Disney’s Next Animated Feature “Frozen”