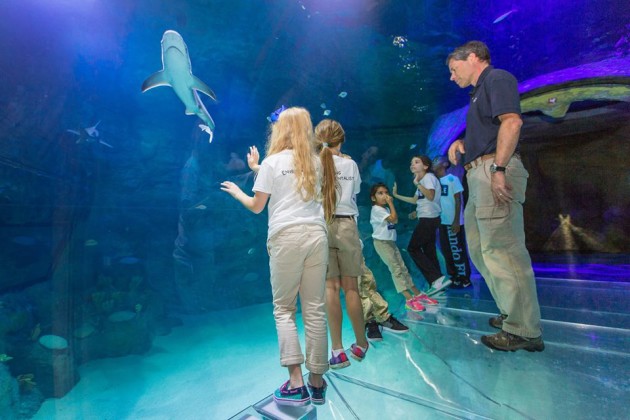 Grand Junction, CO, USA — Sea Life Orlando, now one of the region’s largest aquariums, is open and prospering. SLO is a successful blend of traditional aquarium attributes and technological features. The aquarium has some 30 different aquatic displays and nearly 200,000 gallons of water. Interactive “talking” aquarium feeds and flat screen HD theaters educate guests on the 5,000 different sea creatures that call the facility home, which guests view through a variety of custom panels from Reynolds Polymer Technology.

Many who visit are reporting tunnel vision – a spectacular 360 degrees of it. This is due to a unique feature at Sea Life Orlando – a 20 foot long, unabridged tunnel that provides panoramic views of the surrounding underwater world. This is a rarity as most aquarium tunnels only provide 180 degrees of observation angle. The tunnel has a roomy diameter of nine feet and was constructed from nearly 15,000 pounds of pristine acrylic. Two inch thick R-Cast walls are enough to hold the water safely at bay while allowing guests to clearly witness sea turtles passing by overhead. Sandbar sharks, with their distinctive dorsal fins cutting through the water, swim only inches away at eye level. 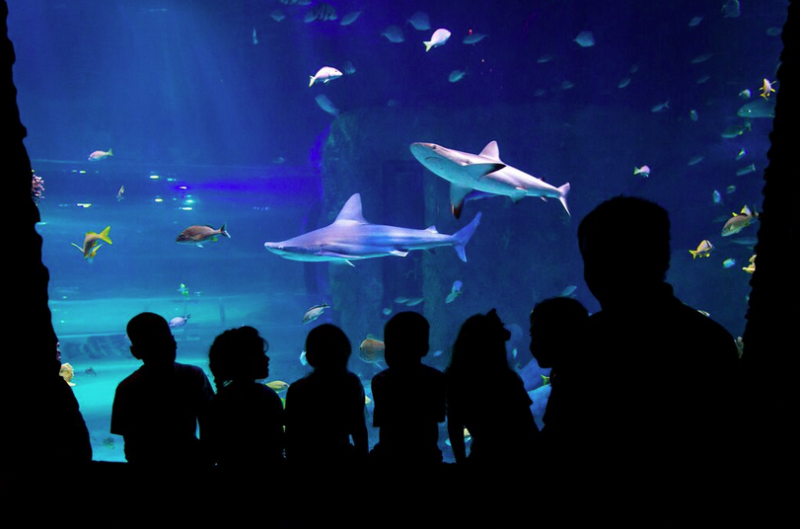 Also unique at Orlando is a seven foot tall R-Cast viewing tube that provides sight into the Atlantic Tank, the aquarium’s largest exhibit. As rays pass by above and below, a sunken Mayan statue gives the exhibit an aged mystique. It is as though perhaps fish and statue had been around for ages and were only recently discovered by man. From here one has a perfect vantage point to observe the 360º ocean tunnel as others walk through it in the distance, their bodies oddly distorted by the water in-between. 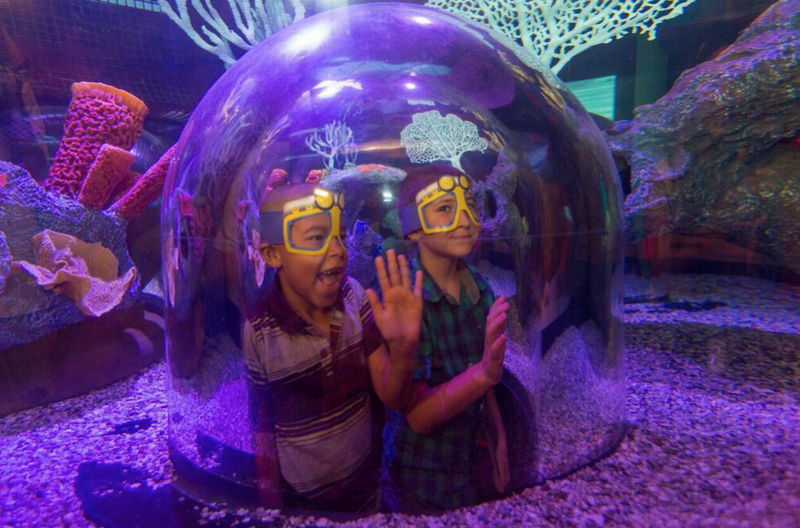 Reynolds Polymer provided a variety of panels for Sea Life Orlando, including an 11 foot long demi-tunnel, a 20 foot long, 180 degree underwater tunnel with a concrete stem-wall, and several concave viewing “bubbles” that allow visitors to seemingly poke their heads into the ocean.

Shipping 15,000 pound tunnels across the country is no small feat, especially when they must arrive at their destination without a scratch. For the ocean tunnel, a custom, cylindrical, steel support frame had to be constructed in order to ensure safe delivery. This was in addition to the existing measures that are always taken by RPT’s shipping team, including Coroplast wrapping and reinforced edge protection for all panels.

“The same care that we put into our design and manufacturing processes also goes into our logistics services,”said Mike Nedrow, Director of Logistics at RPT. “Coordinating with general contractors to ensure a safe, speedy delivery is what often sets us apart from others in the industry.”

Joe Kleimanhttp://wwww.themedreality.com
Raised in San Diego on theme parks, zoos, and IMAX films, Joe Kleiman would expand his childhood loves into two decades as a projectionist and theater director within the giant screen industry. In addition to his work in commercial and museum operations, Joe has volunteered his time to animal husbandry at leading facilities in California and Texas and has played a leading management role for a number of performing arts companies. Joe has been News Editor and contributing author to InPark Magazine since 2011. HIs writing has also appeared in Sound & Communications, LF Examiner, Jim Hill Media, and MiceChat. His blog, ThemedReality.com takes an unconventional look at the attractions industry. Follow on twitter @ThemesRenewed Joe lives in Sacramento, California with his fiancé, two dogs, and a ghost.
Share
Facebook
Twitter
Linkedin
Email
Print
WhatsApp
Pinterest
ReddIt
Tumblr
Previous articleHettema Group Reaches New Heights With Opening of One World Observatory
Next articleLA 3-D Club to Showcase Rare 3D Films In Celebration of Milestone Anniversaries