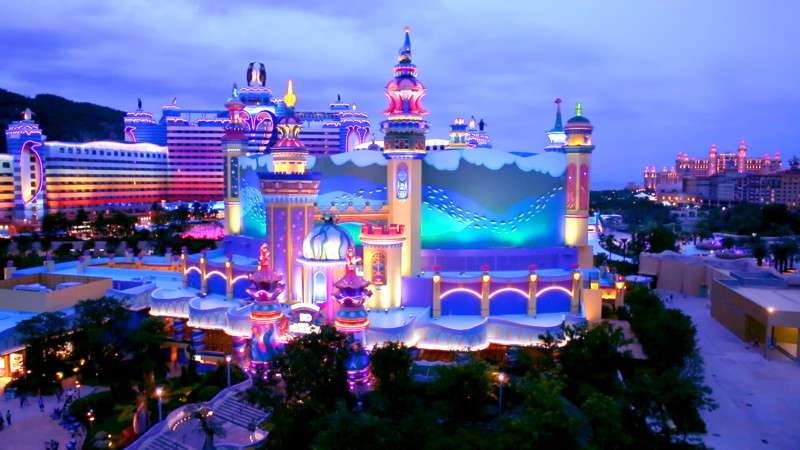 Blending a unique set of entertainment skills developed over 40 years in the world of theater, Disney theme parks, media and museums, Rick in 2008 founded FAR Out! Creative Direction. Bringing deep technical knowledge together with strong creative perspective to provide both vision and direction, his skills enable him to integrate complex ideas, systems and story and deliver them effectively and efficiently as a complete entertainment product.

Along with the responsibility of creatively directing and producing over 25 unique Disney attractions during a 30 year tenure as a creative senior executive at Walt Disney Imagineering, Rick led and participated in a variety of concept development teams that explored new attractions, theme parks and other resort, recreation and immersive experience related business lines. His work at Disney also included consulting with a number of prestigious museums and educational institutions.

During the 1990’s, Rick headed the design team that developed the Land of the Golden State, the central third of Disney’s California Adventure theme park, and was the director for Soarin’ over California, a thrilling ride experience where guests “hang glide” over dramatic Golden State scenery projected in high-definition on an 80- foot dome. Working with a variety of entertainment industry talent over the years, he led teams that brought other popular 3-D experiences to Disney theme parks, including It’s Tough to be a Bug!, Honey, I Shrunk the Audience and Mickey’s PhilharMagic, a celebration of animation and music.

FlyOver Canada, a “flying ride” attraction that opened in Vancouver BC in June 2013, engaged Rick’s talents as overall Creative Director. A sister attraction, FlyOver America opened at Mall of America in Minnesota in 2016. Rick previously partnered with Global Immersion, a creative technology team based in the United Kingdom, to develop a unique immersive experience for the Adler Planetarium in Chicago that opened in July of 2011. In November 2012, Rick completed a 2-year term as President of the Themed Entertainment Association (TEA), the only international non-profit association representing the world’s leading creators, developers, designers and producers of compelling places and experiences.

After retiring from Walt Disney Imagineering, he helped bring two groundbreaking attractions to multiple Disney theme parks around the world; the 2010 revival of the 3D experience Captain EO staring Michael Jackson that Rick helped originally create in 1986 and a whole new George Lucas inspired StarTours attraction which received industry recognition with a 2012 Thea Award for Outstanding Achievement. In the twenty years since the Themed Entertainment Association was established, 6 Imagineering designed and produced projects in which Rick has been involved have been recognized with the Thea Award for Outstanding Achievement.

With a 2007 opening, Rick directed the team that created Finding Nemo Submarine Voyage at Disneyland, using innovative new audio and visual technologies to magically bring beloved PIXAR animated characters into a totally immerse 13 minute undersea adventure. Rick’s first directorial role with Disney was leading the creation of The American Adventure for EPCOT Center in 1982.  In 1987, Rick was named Executive Producer, Entertainment Center Projects, responsible for helping guide the planning of several Disney entertainment/retail centers, including Pleasure Island, which opened at Walt Disney World Resort in 1989.  When Walt Disney Imagineering was selected to produce Portraits of Canada, a CIRCLE-VISION® 360 motion picture, for Vancouver Expo ’86, Rick worked with producer/director Jeff Blyth to develop the story concept and acted as a creative executive on the production.

Other theme park projects have included Armageddon – Les Effets Speciaux, a special effects spectacular at Walt Disney Studios – Paris; and three new attractions for Tokyo DisneySea: Magic Lamp Theater features 3D Disney animation integrated with live performance; StormRider pushes the art of immersive simulation with special effects to a new; and 20,000 Leagues Under the Sea is a journey into unexpected magic and mystery. In Florida, The ExtraTERRORestrial Alien Encounter and a new Hall of Presidents were also completed under his leadership.

Rick received his degree with honors in Theater Design from Lawrence University and attended the MFA Theater Arts program at UCLA. Prior to joining Disney, he served as scenic and lighting designer and technical director on over 100 productions. In 2011, Lawrence recognized him with an award for distinguished achievement in his field.