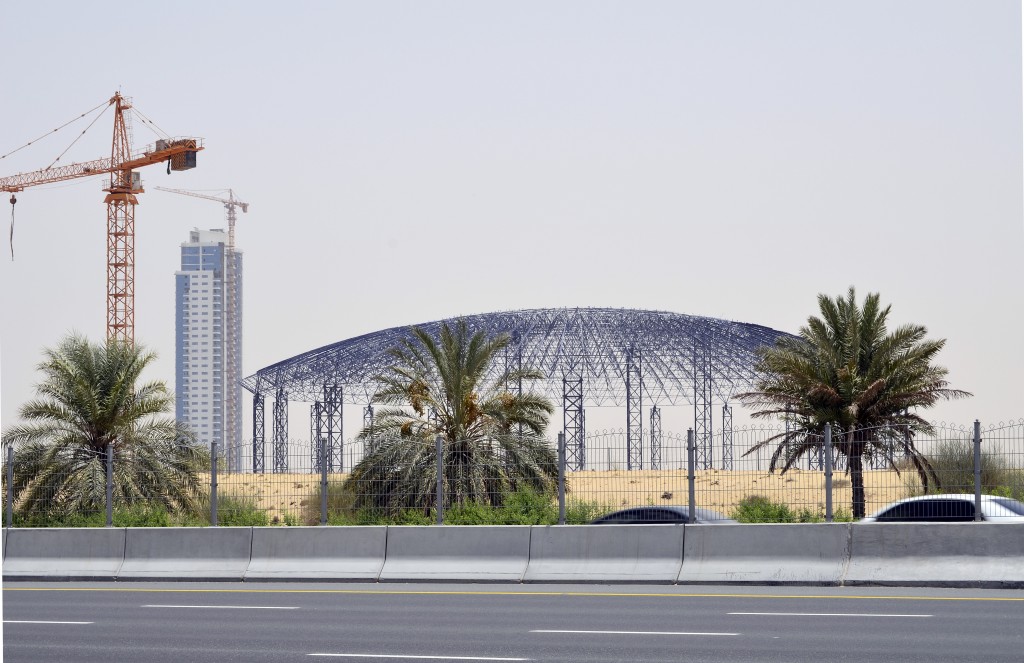 Dubai, UAE (August 13, 2013) — Dubai once again is witnessing fast track growth with multiple projects at various locations throughout the city, including the newly erected space frame at IMG Worlds of Adventure (IMGWOA), a themed entertainment facility. The facility owned by the Ilyas & Mustafa Galadari Group is situated within City of Arabia, on Sheikh Mohammad Bin Zayed Road. On-site construction work reflects the steady progress of this colossal project while the off-site ride manufacturing at various sites is currently underway and shipments are expected to arrive in the later part of this year.

An official from Ilyas & Mustafa Galadari Group stated “With the structural columns in place, we have entered a new phase of development. IMG Worlds of Adventure is one of the most anticipated developments in the region offering a number of world firsts which will position Dubai and the UAE on the global map as a themed entertainment capital.” 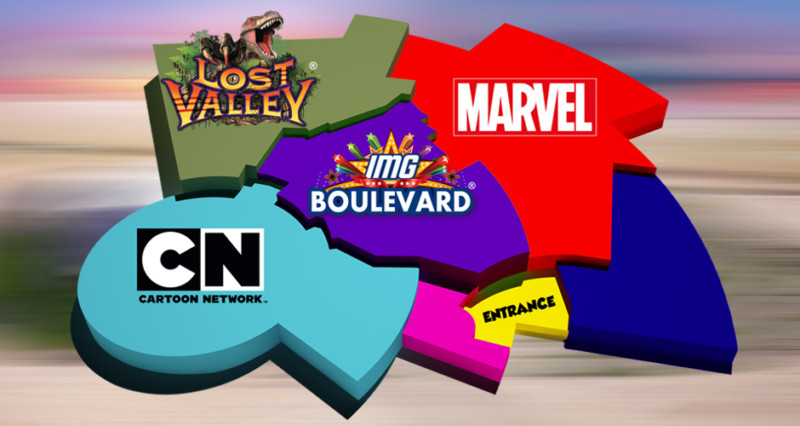 IMG Worlds of Adventure is a multi-faceted themed entertainment facility comprising of four zones including; MARVEL, Cartoon Network, Lost Valley and IMG Entertainment Zone. The park will be in excess of 1.5 million square feet overall in its first stage and will be the largest temperature controlled indoor themed entertainment destination in the world.

Joe Kleimanhttp://wwww.themedreality.com
Raised in San Diego on theme parks, zoos, and IMAX films, InPark's Senior Correspondent Joe Kleiman would expand his childhood loves into two decades as a projectionist and theater director within the giant screen industry. In addition to his work in commercial and museum operations, Joe has volunteered his time to animal husbandry at leading facilities in California and Texas and has played a leading management role for a number of performing arts companies. Joe previously served as News Editor and has remained a contributing author to InPark Magazine since 2011. HIs writing has also appeared in Sound & Communications, LF Examiner, Jim Hill Media, The Planetarian, Behind the Thrills, and MiceChat His blog, ThemedReality.com takes an unconventional look at the attractions industry. Follow on twitter @ThemesRenewed Joe lives in Sacramento, California with his wife, dog, and a ghost.
Share
Facebook
Twitter
Linkedin
Email
Print
WhatsApp
Pinterest
ReddIt
Tumblr
Previous articleNorth American Parks Hit the Silver Screen
Next articleUtopia Entertainment to Design Beverly Hills Annual Holiday Program for Eighth Consecutive Year