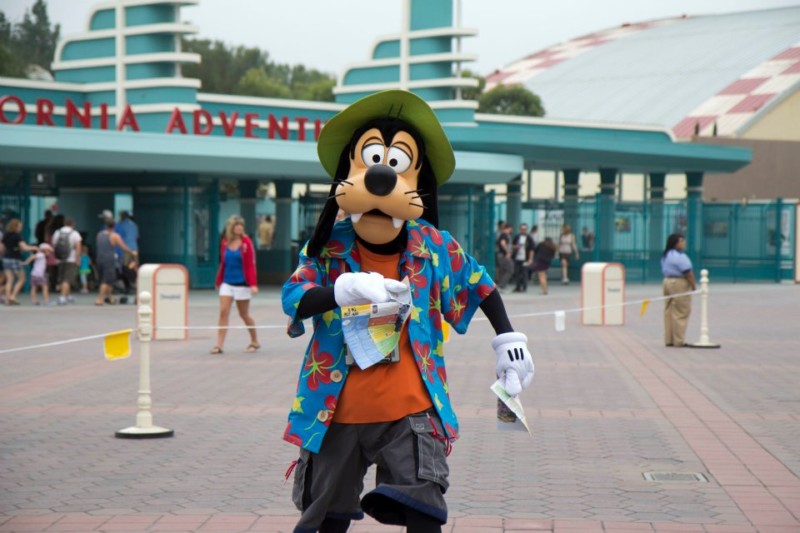 Anaheim, CA and Lake Buena Vista, FL, USA /PRNewswire/ — Disney Parks will kick off the summer travel season with a 24-hour, coast-to-coast celebration that invites guests to “Rock Your Disney Side” at three Disney theme parks ­­– Disneyland Park and Disney California Adventure Park at the Disneyland Resort in California, and Magic Kingdom Park at Walt Disney World Resort in Florida.

From 6 a.m. Friday, May 23, to 6 a.m. Saturday, May 24, 2014, on each coast, guests will spend 24 hours laughing, screaming, dancing and embracing their own Disney Side – that “fun, playful side” that emerges as they enter a Disney park.

Disney pirates, princesses, villains and a few rarely seen characters will stay in the parks all day and all night, inviting guests to dress up for the occasion, too. Guests may join the party dressed in costume, perhaps as their favorite Disney Hero or Villain. Costumes should be child-friendly and adhere to any guidelines determined by Disney.

The 24-hour celebration of summer also features special entertainment in all three parks.

At Walt Disney World Resort, near Orlando, Florida
In Florida, a cast of Disney Villains will have a special place in the Magic Kingdom 24-hour celebration, including Maleficent, Cruella De Vil and such rarely spotted miscreants as the Big Bad Wolf, Stromboli from “Pinocchio,” and Bowler Hat Guy from “Meet the Robinsons.”  They will appear in locations throughout the park and also join in the “It’s Good to Be Bad” cavalcade preceding Disney’s Main Street Electrical Parade.

Guests at the Magic Kingdom will enjoy nighttime dancing around Cinderella Castle and in Frontierland. The “#IncrediblesSuperDanceParty,” a nightly feature throughout the summer, will be followed during the All-Nighter by special screenings of “The Incredibles” at the Rockettower Plaza Stage in Tomorrowland.

At the Disneyland Resort, Anaheim, California
In California, the 24-hour fun begins in the Esplanade outside the entrances to Disneyland and Disney California Adventure parks, where guests will discover Olaf, the lovable snowman from Disney’s blockbuster animated film “Frozen, represented by a larger-than-life sand sculpture.  Fireworks and live entertainment will entertain guests as the parks open at 6 a.m. Pacific Time.

At Disneyland, exciting entertainment will include the “Avengers Super Hero Movie Marathon” throughout the day and overnight in the Magic Eye Theater in Tomorrowland. Nighttime highlights will feature an after-midnight performance of “Mickey’s Soundsational Parade” and dance-till-dawn parties at the Tomorrowland Terrace Dance Club and the Sleeping Beauty Castle Forecourt Dance Club. In addition to 24 hours of atmosphere entertainment and appearances by Disney characters, the Disney Villains are planning an overnight “takeover” of the Royal Hall in Fantasy Faire.

Disney California Adventure invites guests to kick off summer with an all-night “Mad T Party,” dancing in Pacific Wharf and Paradise Garden, and a special 3 a.m. performance of “World of Color,” the water spectacular with nearly 1,200 dancing fountains.

Just the Beginning
The All-Nighter is just the beginning of the summer fun at Disney Parks on both coasts.

At Walt Disney World, the new Seven Dwarfs Mine Train attraction, opening May 28, takes guests on a rollicking musical ride into the mine “where a million diamonds shine” and becomes the crowning jewel of New Fantasyland, the largest expansion in Magic Kingdom history. Also at Magic Kingdom, the Disney Festival of Fantasy Parade brings the magical stories of New Fantasyland to Main Street, U.S.A., through fantastic and innovative parade floats, vibrant costumes and an original soundtrack that features beloved songs from favorite Disney films along with a new parade theme song.

At Disney’s Animal Kingdom, the popular and highly interactive musical show “Festival of the Lion King” returns this summer in the new Harambe Theatre. The park will offer Harambe Nights on Saturday evenings, June 7 through August 9, featuring a dazzling theatrical experience and energetic street party to celebrate the 20thanniversary of Disney’s acclaimed “The Lion King.”

At the Disneyland Resort, guests will enjoy the thrills of the newly reopened and enhanced Big Thunder Mountain Railroad, along with dazzling summer entertainment that, beginning in mid-June, will include “Frozen” characters in a special pre-parade float for “Mickey’s Soundsational Parade.” The pre-parade unit featuresPrincess Anna and snowman Olaf frolicking in the snow while Queen Elsa is depicted in her icy domain.

Other summer entertainment in Disneyland includes daily performances of the enchanting “Mickey and the Magical Map” stage show, nightly performances of both “Fantasmic!” and “Magical” fireworks, featuring aerial flights by both Tinker Bell and Dumbo, and a variety of new entertainment daily in Big Thunder Ranch Jamboree. At Disney California Adventure, guests continue to enjoy the thrills and fun of Cars Land and the after-dark excitement of “World of Color” and “Mad T Party.”

Joe Kleimanhttp://wwww.themedreality.com
Raised in San Diego on theme parks, zoos, and IMAX films, Joe Kleiman would expand his childhood loves into two decades as a projectionist and theater director within the giant screen industry. In addition to his work in commercial and museum operations, Joe has volunteered his time to animal husbandry at leading facilities in California and Texas and has played a leading management role for a number of performing arts companies. Joe has been News Editor and contributing author to InPark Magazine since 2011. HIs writing has also appeared in Sound & Communications, LF Examiner, Jim Hill Media, and MiceChat. His blog, ThemedReality.com takes an unconventional look at the attractions industry. Follow on twitter @ThemesRenewed Joe lives in Sacramento, California with his fiancé, two dogs, and a ghost.
Share
Facebook
Twitter
Linkedin
Email
Print
WhatsApp
Pinterest
ReddIt
Tumblr
Previous articleRocky Mountain’s Newest Mega Inversion Wooden Coaster Topped Off at Great America
Next articleSeaWorld Entertainment Upgrades Park Apps With Theme Park Industry Firsts