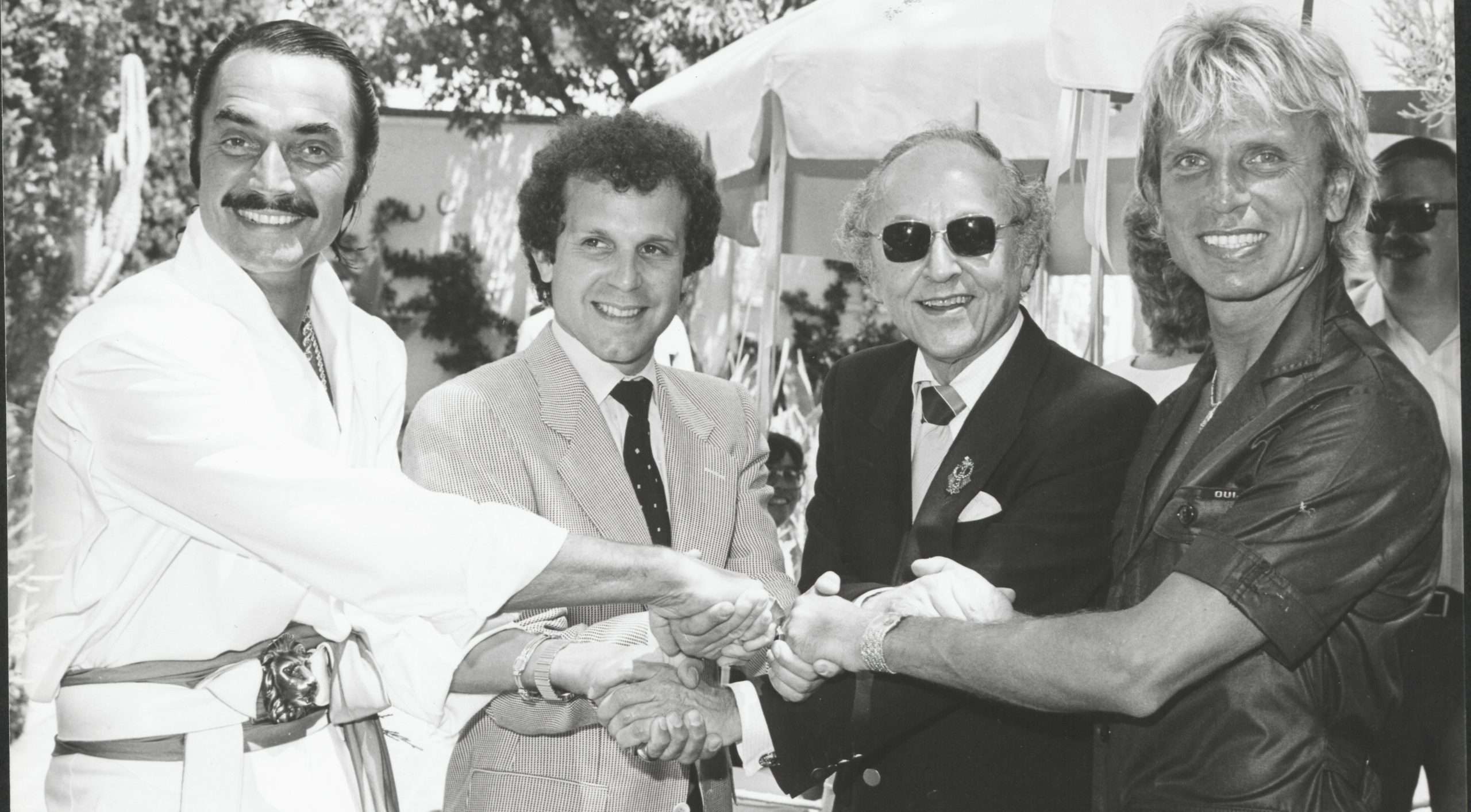 Roy Horn, one half of the renowned magic duo Siegfried & Roy, passed away from COVID-19 related complications at a Las Vegas hospital on May 8, 2020. He was 75.

Born October 3, 1944 in Germany, Roy developed a connectivity to animals from an early age, beginning with his beloved wolfdog Hexe and his pet cheetah, Chico, which he adopted from the Bremen Zoo. While working as a steward on a cruise ship, Roy assisted a performance of Siegfried’s magic act. After the show, Roy asked the question that changed both of their lives: “Siegfried, disappearing rabbits are ordinary, but can you make a cheetah disappear?”

Together, Siegfried & Roy redefined live magic by combining remarkable stagecraft with rare and endangered animals. In doing so, the duo created the modern era for Las Vegas entertainment.

From 1990 through 2003, the two performed at The Mirage’s 1500 seat showroom in Las Vegas. The show would be filmed with IMAX 3D cameras for a 1999 documentary release titled “Siegfried & Roy: The Magic Box.” Roy’s big cats remain on public display at Siegfried & Roy’s Secret Garden at the Mirage, where a portion of admission is applied to wildlife conservation efforts.

“Today, the world has lost one of the greats of magic, but I have lost my best friend,” said Siegfried. “From the moment we met, I knew Roy and I, together, would change the world. There could be no Siegfried without Roy, and no Roy without Siegfried.

“Roy was a fighter his whole life, including during these final days. I give my heartfelt appreciation to the team of doctors, nurses and staff at Mountain View Hospital who worked heroically against this insidious virus that ultimately took Roy’s life.”

“When my father, Irvin and I first met Siegfried and Roy in 1977, we were astounded by their talent, charisma and work ethic,” shared Kenneth Feld, Chairman and CEO of Feld Entertainment, who produced Siegfried and Roy’s show at The Mirage. “For over 40 years, I continued a creative and business partnership with Siegfried & Roy, which grew into a friendship and unending admiration for Roy’s perseverance and captivating persona. Together with Siegfried, Roy elevated the art of magic with large scale illusions and high production value, redefining the expectations for a Las Vegas based show. Roy dedicated himself to the audience, continually pushing the limits of performance to sold-out theaters for decades. His passion for the art of illusion was surpassed only by his love for the animals that he cared for so deeply.  Roy’s legacy will live on in the memories of the millions of fans who saw him perform and in the friendship of those of us who knew him.”

“My friend Roy Uva Ludwig Horn died of Coronavirus today,” wrote filmmaker Brett Leonard. “One of the wildest most unique beings I have ever known – Collaborating with Roy and Siegfried, and their manager Bernie Yuman on my 3D IMAX film ‘The Magic Box’ (which was an expressionistic depiction of their life story) was one of the most storied periods of my life…and being around their Tigers and Lions was a peak experience, afforded by Roy’s true magic with those cats.

“In fact, Roy was a cat in human form…the true Tiger King… As Siegfried always said, ‘I’m the magician, but Roy is the Magic…’ It was an honor to know him, and to tell their outlandish story in an outlandish medium…. I can feel Roy is now roaming the savanna beyond the veil…at one with his beloved cats forever…RIP my friend.”

Joe Kleimanhttp://wwww.themedreality.com
Raised in San Diego on theme parks, zoos, and IMAX films, InPark's Senior Correspondent Joe Kleiman would expand his childhood loves into two decades as a projectionist and theater director within the giant screen industry. In addition to his work in commercial and museum operations, Joe has volunteered his time to animal husbandry at leading facilities in California and Texas and has played a leading management role for a number of performing arts companies. Joe previously served as News Editor and has remained a contributing author to InPark Magazine since 2011. HIs writing has also appeared in Sound & Communications, LF Examiner, Jim Hill Media, The Planetarian, Behind the Thrills, and MiceChat His blog, ThemedReality.com takes an unconventional look at the attractions industry. Follow on twitter @ThemesRenewed Joe lives in Sacramento, California with his wife, dog, and a ghost.
Share
Facebook
Twitter
Linkedin
Email
Print
WhatsApp
Pinterest
ReddIt
Tumblr
Previous articlePremier Rides’ service division provides attraction maintenance and reopening solutions to parks worldwide
Next articleHow attractions industry creatives and geeks shelter in place, inventively