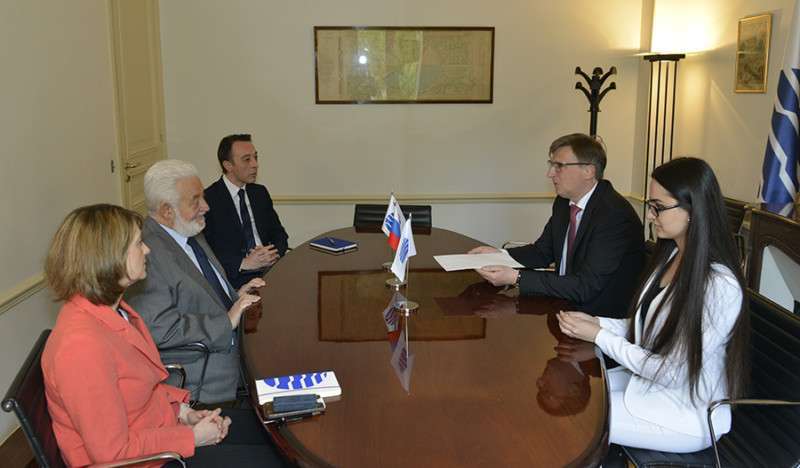 Russia has submitted a letter of candidature to the Bureau International des Expositions (BIE) to organize World Expo 2025 in Yekaterinburg.

Russia’s candidature for Yekaterinburg is based on the theme “Changing the World: Inclusive Innovations – for Our Kids and Future Generations”, and the Expo would be open from 2 May to 2 November 2025.

The final deadline for the submission of candidatures is today, 22 May 2017, at 6pm (Paris time).

Acknowledging receipt of the letter of candidature, BIE Secretary General Vicente G. Loscertales stated that “this third candidature demonstrates a high level of interest in World Expos. Candidates will shortly enter the examination phase of Expo 2025 allowing the BIE to gain a deeper understanding of each project.”

The project examination phase for World Expo 2025 will take place over the next year and a half. Each candidate will submit a bid dossier in September 2017, to be followed by a BIE Enquiry Mission in early 2018. Candidates will also present their Expo project during each General Assembly between now and the final vote. The election of the host country by the 170 Member States of the BIE will take place at the 164th General Assembly in November 2018.

Joe Kleimanhttp://wwww.themedreality.com
Raised in San Diego on theme parks, zoos, and IMAX films, InPark's Senior Correspondent Joe Kleiman would expand his childhood loves into two decades as a projectionist and theater director within the giant screen industry. In addition to his work in commercial and museum operations, Joe has volunteered his time to animal husbandry at leading facilities in California and Texas and has played a leading management role for a number of performing arts companies. Joe previously served as News Editor and has remained a contributing author to InPark Magazine since 2011. HIs writing has also appeared in Sound & Communications, LF Examiner, Jim Hill Media, The Planetarian, Behind the Thrills, and MiceChat His blog, ThemedReality.com takes an unconventional look at the attractions industry. Follow on twitter @ThemesRenewed Joe lives in Sacramento, California with his wife, dog, and a ghost.
Share
Facebook
Twitter
Linkedin
Email
Print
WhatsApp
Pinterest
ReddIt
Tumblr
Previous articleExpo 2020 Dubai corporate partnerships
Next articleCityArchRiver Foundation Transforms Into Gateway Arch Park Foundation