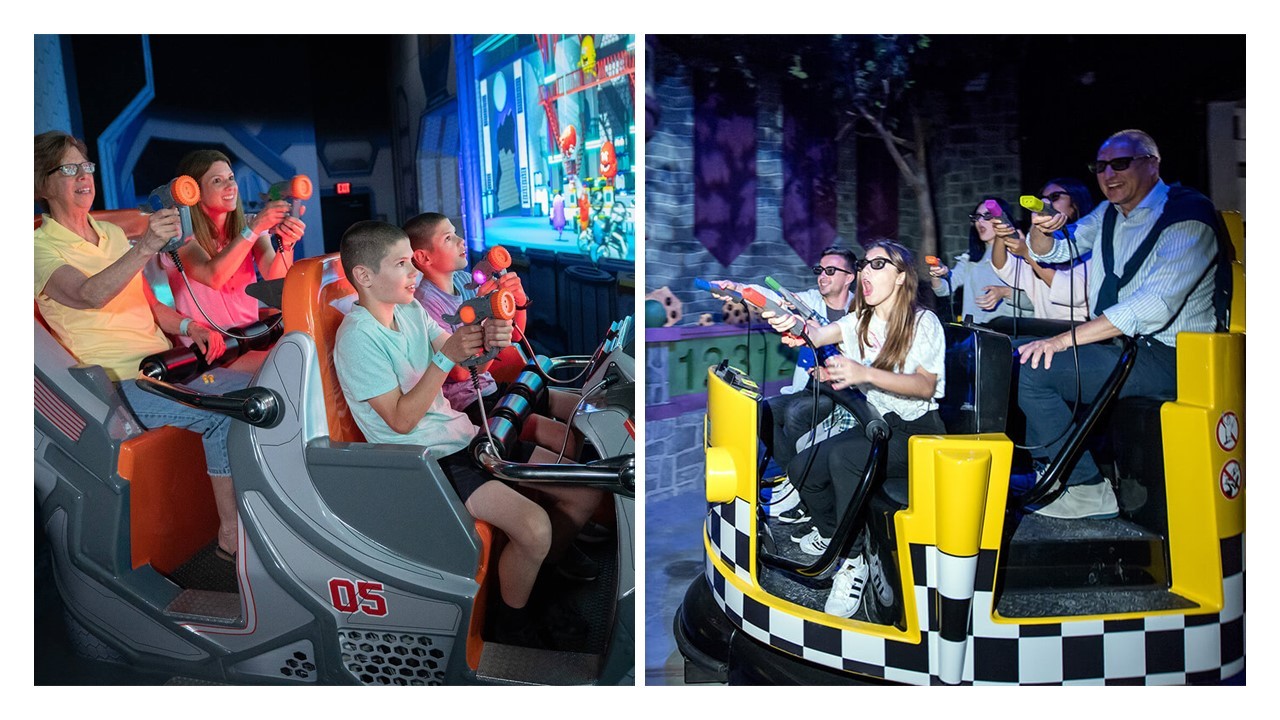 Sally Dark Rides reports record-breaking attendance for two client theme parks in 2019. PortAventura World and Hersheypark partnered with Sally Dark Rides to add interactive dark rides to their attractions in 2019. Both made the top twenty lists of most-attended theme parks for their respective regions, according to the 2019 TEA/AECOM Theme Index.

The Sally-designed and produced Sesame Street: Street Mission debuted in April, 2019 at PortAventura World in Spain. It made history as the first Sesame Street-themed dark ride in Europe. The near six-minute dark ride attraction is housed in a newly-constructed 14,000 square-foot building. It was named “Family Ride of the Year” by Park World and “Europe’s Best New Ride” by European Star.

In 2019, attendance grew 2.7 percent at PortAventura compared to 2018. The park drew 3,750,000 visits and was the sixth most-visited theme park in Europe. Season pass sales, which contributed to these record-breaking numbers, increased by 50 percent following the addition of the Sesame Street dark ride. Officials from PortAventura say new attractions, such as Sesame Street: Street Mission, new shows and special events are responsible for the additional guests.

“The Street Mission dark ride has been a huge success for our family destination resort,” says Fernando Aldecoa, CEO of PortAventura World.

Reese’s Cupfusion, another Sally Dark Rides production in conjunction with Raven Sun Creative, debuted at Hersheypark in Pennsylvania during the summer of 2019. This ride was a redevelopment project for Sally Dark Rides, replacing Reese’s Xtreme Cup Challenge. The ride occupied the same building while introducing a host of new characters, storyline, and features that completely transformed the attraction.

“Hersheypark knew that redeveloping RXCC and bringing an even more advanced gaming experience to their attractions roster, is exactly what the park guest wanted,” says Lauren Wood Weaver, Director of Marketing and Business Development of Sally Dark Rides.

Reese’s Cupfusion is the park’s first story-based attraction featuring an all new IP custom to the park. Raven Sun Creative worked closely with Hersheypark, in cooperation with the Reese’s Company to create this new IP. Raven Sun developed the design for the attraction then worked with Sally to bring it to fruition. The ride engages multiple senses; sight, smell, touch, and sound, as guests experience interactive family game play.

“We’ve had overwhelmingly positive feedback with guests complimenting the new technology, the multi-level game play and the unique elements of the story,” says Vikki Hultquist, General Manager for Hershey Entertainment and Resorts.

At Hersheypark, attendance grew 0.5 percent in 2019. The park drew 3,384,000 visits, putting it in the top twenty theme parks of North America. “Dark rides offer unmatched, interactive experiences for the whole family to enjoy. They can be a real game-changer for regional and destination theme parks,” says John Wood, CEO/Chairman of Sally Dark Rides. “We’re very proud of the contributions our rides have made to the success of these parks and look for opportunities to do more of the same in the future.”