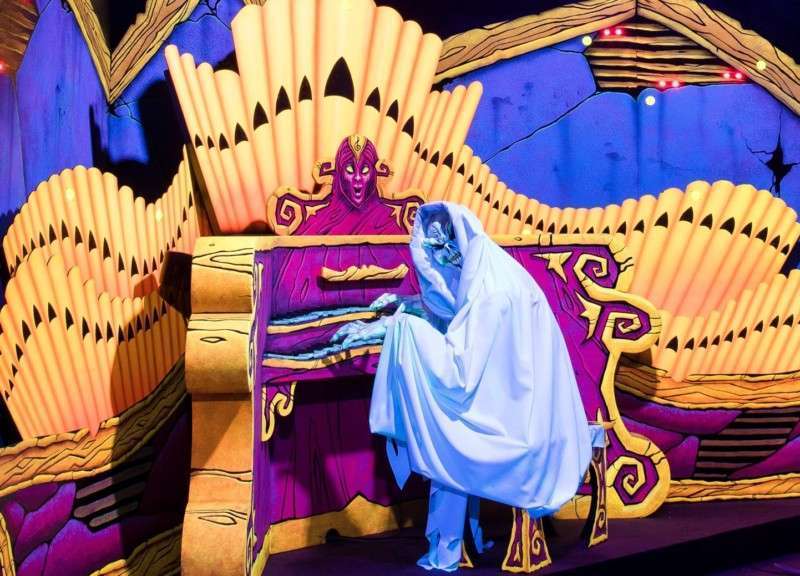 The Park at OWA recently announced that they will be adding a dark ride to their 2019 lineup, a first for the park.  To garner intrigue, they teased with blurred photos and initiated an online naming contest for what they describe as a “new frightfully fun attraction”.  While the name of the ride is still to be released, it is confirmed to be a Sally dark ride.

“We knew we wanted an indoor attraction, something engaging and fun for families.  When we decided on an interactive dark ride, there was no better choice than the specialists at Sally,” said Director of OWA Marketing/PR, Kristin Hellmich.  “Of course we want quality, something that will stand the test of time, but what we’re really after is having park guests leave with a memory that they will want to relive, time and time again.  And that’s what you get with a Sally ride.”

Ghost Blasters™  has been a successful product for Sally, with over 10 parks housing versions of the attraction.  While the ghostly theme remains, no ride is exactly the same. OWA’s iteration will encompass the best scenes and gags of past versions, plus the addition of a few new surprises.

Riders will use their Ghost Eradicators, otherwise known as “boo-blasters” to dispel the mansion of Boocifer and his ghostly cohorts.  With over 90 targets in a 3 minute ride experience, the gameplay is sure to wage competition among friends and families visiting the Alabama park.

Hunter explains, “Ride repeatability is a major goal of any of Sally’s interactive dark rides, and a huge amount of the repeatability is due to the competitive element. No two guest experiences will be quite the same, depending upon the guest’s boo-blasting skills and how many points they accumulate. It’s always fun for guests to see if they can out-score the others in their vehicle!”

Joe Kleimanhttp://wwww.themedreality.com
Raised in San Diego on theme parks, zoos, and IMAX films, InPark's Senior Correspondent Joe Kleiman would expand his childhood loves into two decades as a projectionist and theater director within the giant screen industry. In addition to his work in commercial and museum operations, Joe has volunteered his time to animal husbandry at leading facilities in California and Texas and has played a leading management role for a number of performing arts companies. Joe previously served as News Editor and has remained a contributing author to InPark Magazine since 2011. HIs writing has also appeared in Sound & Communications, LF Examiner, Jim Hill Media, The Planetarian, Behind the Thrills, and MiceChat His blog, ThemedReality.com takes an unconventional look at the attractions industry. Follow on twitter @ThemesRenewed Joe lives in Sacramento, California with his wife, dog, and a ghost.
Share
Facebook
Twitter
Linkedin
Email
Print
WhatsApp
Pinterest
ReddIt
Tumblr
Previous articleRegistration opens for InfoComm 2019, exploring pro AV in hospitality and retail
Next articleUniversal Creative’s Mark Woodbury to keynote TEA Summit