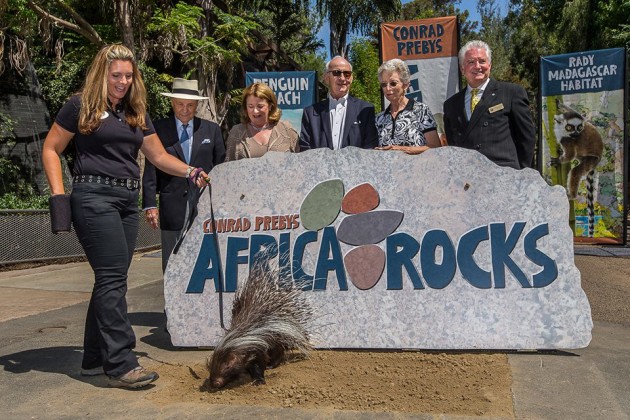 San Diego, CA, USA (July 29, 2015) — An African crested porcupine had the honor of taking the first dig this morning, when the San Diego Zoo broke ground on the largest expansion in its 99-year history. Conrad Prebys Africa Rocks is a $68 million project that will transform eight acres of the Zoo and replace 1930s-era grottos and enclosures (formerly known as Cat and Dog Canyon) with new habitats for African plant and animal species that range from savanna to shore.

More than 4,500 individual donors, including the visionary gift of $11 million from Conrad Prebys, have contributed to the Africa Rocks Campaign. Principal donor Ernest Rady provided a $10 million matching gift challenge in 2013 that resulted in 3,800 individual donors giving more than $20 million toward the exhibit. Other principal donors, Dan and Vi McKinney, gave $5 million for the creation of an African penguin habitat. Additional funds have been generously given by corporations, private foundations and estate gifts.

”We want Conrad Prebys Africa Rocks to showcase Africa, where wildlife and habitat are being threatened like never before,” said Douglas Myers, president and CEO of San Diego Zoo Global. “The new area has been designed with some innovative exhibit features that demonstrate San Diego Zoo’s leadership in animal welfare and give us some amazing storytelling opportunities, to help connect people to wildlife.”

Africa Rocks will be a home to mammals, reptiles, birds, and plant life native to Africa. The exhibit will feature a range of primates, including hamadryas and gelada baboons, vervet monkeys, and lemurs. Other mammals in the exhibit will include southern ratel, fossa and an African leopard.

The Zoo is now home to two African penguins, found in the Children’s Zoo—but expect this number to grow when Africa Rocks’ penguin beach opens, and the Zoo begins its participation in an international species survival plan for these endangered aquatic birds. There will also be a walk-through aviary with sociable weavers. 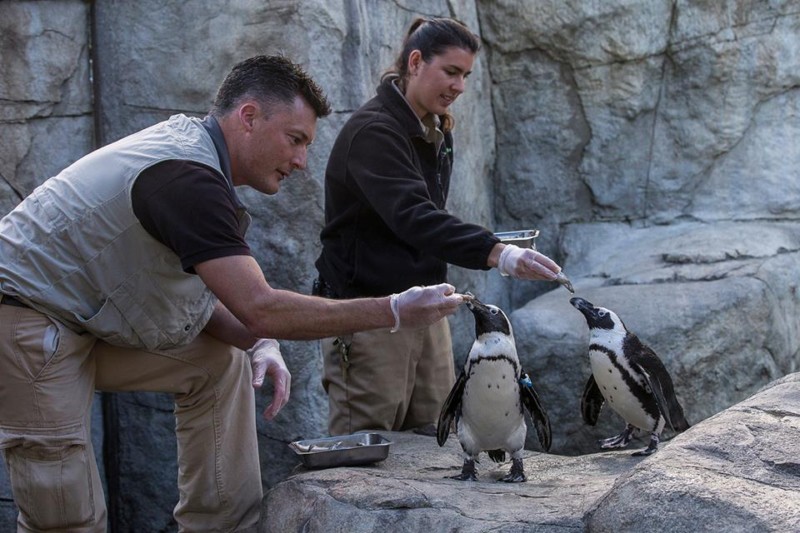 Dwarf crocodiles will be among the reptile species in Africa Rocks, which are the smallest of the crocodile species. Other reptiles featured in the exhibit will include Agama lizards and spurred tortoises. 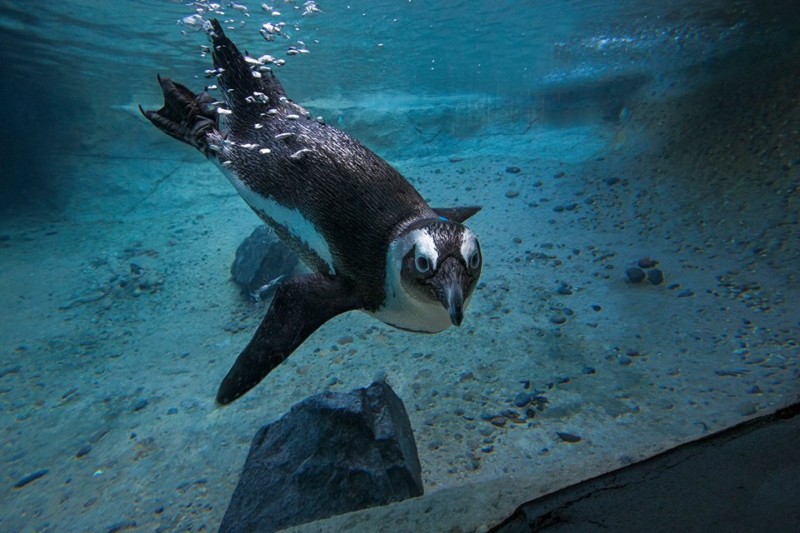 The Zoo will also be relocating several old-growth trees, including a ficus and a sausage tree. Other African-native plants in the exhibit will include acacia, aloe, Madagascar ocotillo and palms. 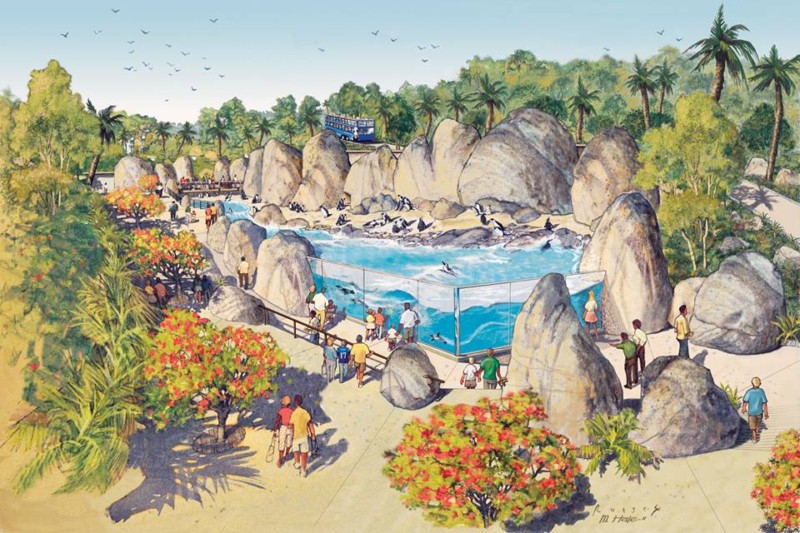 Joe Kleimanhttp://wwww.themedreality.com
Raised in San Diego on theme parks, zoos, and IMAX films, InPark's Senior Correspondent Joe Kleiman would expand his childhood loves into two decades as a projectionist and theater director within the giant screen industry. In addition to his work in commercial and museum operations, Joe has volunteered his time to animal husbandry at leading facilities in California and Texas and has played a leading management role for a number of performing arts companies. Joe previously served as News Editor and has remained a contributing author to InPark Magazine since 2011. HIs writing has also appeared in Sound & Communications, LF Examiner, Jim Hill Media, The Planetarian, Behind the Thrills, and MiceChat His blog, ThemedReality.com takes an unconventional look at the attractions industry. Follow on twitter @ThemesRenewed Joe lives in Sacramento, California with his wife, dog, and a ghost.
Share
Facebook
Twitter
Linkedin
Email
Print
WhatsApp
Pinterest
ReddIt
Tumblr
Previous articleAdditional Speakers and Mixers Announced for TEA’s SATE 2015 Conference
Next articleXcaret Mexico Expectacular Celebrates 20th Year of Celebrating Mexican Culture and History

Connect&GO: The grass is greener with next-generation technology