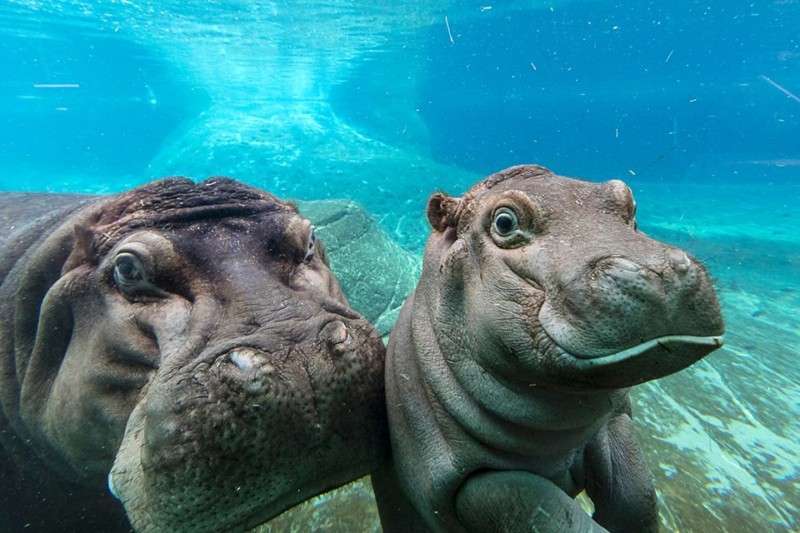 Paul Baribault has been selected as the new President and Chief Executive Officer (CEO) of San Diego Zoo Global. The organization’s Board of Trustees announced the decision today, highlighting Baribault’s commitment to conservation and his extensive leadership experience working for The Walt Disney Studios. Current President and CEO Douglas Myers announced his retirement earlier this year, after 34 years at the helm. Mr. Baribault will officially start with San Diego Zoo Global on October 1, 2019, and take over in his new role on November 1, 2019.

“Paul’s leadership role in the growth of Disneynature and his passion for conservation will add an exciting dimension to the execution of San Diego Zoo Global’s mission,” said Steve Tappan, Chairman of the Board of Trustees. “Paul’s experience in working with global organizations, developing conservation partnerships and highlighting Disney’s commitment to conservation, along with his ability to generate broad audience support and engagement with wildlife, will build upon and expand the toolkit of our conservation strategies.”

Baribault has worked at The Walt Disney Studios since 1997. As Vice President of Animation Marketing Operations and Strategy, he has co-led theatrical film campaigns for Disney Animation Studios, Pixar Animation Studios and The Muppets. Additionally, as Vice President and General Manager of Disneynature, he has overseen all aspects of the film label, including marketing, feature film production and brand development.  Baribault has been instrumental in the creative development and leadership of all 14 Disneynature films to date.

Tappan noted, “Working closely with the premier executive search firm Heidrick & Struggles on an international search, we looked for a leader who could further advance the mission that Doug and his leadership team have developed. Paul’s career in managing complex, multi-faceted creative projects and his experience in developing innovative collaborations in support of conservation will be extremely important as San Diego Zoo Global seeks to play a leadership role on a global level.”

“San Diego Zoo Global has a long history of leadership in species conservation,” said Douglas Myers. “I am proud of all that our dedicated team has achieved and pleased to hand over the stewardship of the world-famous San Diego Zoo Global to Paul. I look forward to working closely on the transition, and I am confident that he will lead the organization to even greater heights in playing a leading role in the goal to end extinction worldwide.”

Baribault is a committed conservationist, who has served as Vice-chair of The Jane Goodall Institute, a member of the Executive Committee of Jackson Wild (a conservation summit and wildlife film festival), and Executive Chair of The Aspen Institute High Seas Initiative. In his work with Disneynature, Baribault pioneered the development of conservation projects tied to films, collaborating with leading nonprofits to plant millions of trees and protect millions of acres of wildlife habitat across the globe.

“San Diego Zoo Global has an esteemed reputation as a leader in species conservation, education and exhibition of flora and fauna. I am honored and privileged to join the dedicated and talented team of scientists, educators, animal care professionals and operations staff to help implement the exciting strategic plan,” said Paul Baribault. “Our planet and the diversity of its species are at a critical juncture, and San Diego Zoo Global, in collaboration with other leading institutions, can play a vital role in preserving the richness of our natural world.”

As an international nonprofit organization, San Diego Zoo Global works to fight extinction through conservation efforts for plants and animals worldwide. With a history of leadership in species recovery and animal care, San Diego Zoo Global works with partners in science-based field programs on six continents, and maintains sanctuaries and public education facilities in many places. Inspiring passion for nature is critical to saving species, and San Diego Zoo Global’s outreach efforts share the wonder of wildlife with millions of people every year. Current major conservation initiatives include fighting wildlife trafficking and the impacts of climate change on wildlife species; broad-spectrum species and habitat protection efforts in Kenya, in Peru and on islands worldwide; preventing extinction in our own backyard; and expanding efforts to bank critical genetic resources and apply them to the conservation of critically endangered species.

Joe Kleimanhttp://wwww.themedreality.com
Raised in San Diego on theme parks, zoos, and IMAX films, InPark's Senior Correspondent Joe Kleiman would expand his childhood loves into two decades as a projectionist and theater director within the giant screen industry. In addition to his work in commercial and museum operations, Joe has volunteered his time to animal husbandry at leading facilities in California and Texas and has played a leading management role for a number of performing arts companies. Joe previously served as News Editor and has remained a contributing author to InPark Magazine since 2011. HIs writing has also appeared in Sound & Communications, LF Examiner, Jim Hill Media, The Planetarian, Behind the Thrills, and MiceChat His blog, ThemedReality.com takes an unconventional look at the attractions industry. Follow on twitter @ThemesRenewed Joe lives in Sacramento, California with his wife, dog, and a ghost.
Share
Facebook
Twitter
Linkedin
Email
Print
WhatsApp
Pinterest
ReddIt
Tumblr
Previous articleFamed paleontologist Scott Sampson begins new role as Executive Director of San Francisco’s California Academy of Sciences
Next articleGSCA announces winners of 2019 Achievement Awards