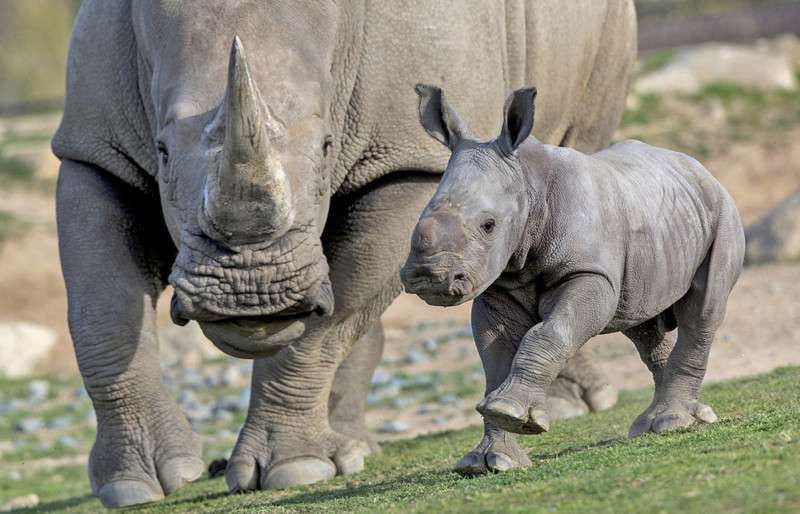 “I have dedicated my career to zoos and their mission of saving wildlife and wild places,” said Wu. “I hold a strong personal passion to help reduce inequity in the world. It’s imperative that zoos act as a voice for animals, and their connection to the millions of people around the world who must take action now to save them.”

Until recently, Wu served as chief advancement officer at Seattle’s Woodland Park Zoo, where he helped craft a new mission, and innovative strategic operation plans for the organization, while at the same time leading eight departments to deliver a unified branding and development effort. He also provided leadership to PATH, an organization dedicated to health equity through the University of Washington; Seattle University; the University of California, Los Angeles; and Bowling Green State University. Wu holds a Master of Arts degree in higher education administration from Bowling Green State University and a Bachelor of Arts degree from Virginia Tech.

“I’m very excited to have someone with David’s impressive record of philanthropic achievements added to our team,” said Douglas G. Myers, president/CEO of San Diego Zoo Global. “I am confident that he will continue to raise the bar for us and contribute in ways that have yet to be defined.”

As an international nonprofit organization, San Diego Zoo Global works to fight extinction through conservation efforts for plants and animals worldwide. With a history of leadership in species recovery and animal care, San Diego Zoo Global works with partners in science-based field programs on six continents, and maintains sanctuaries and public education facilities in many places. Inspiring a passion for nature is critical to saving species, and San Diego Zoo Global’s outreach efforts share the wonder of wildlife with millions of people every year. Current major conservation initiatives include fighting wildlife trafficking and the impacts of climate change on wildlife species; broad-spectrum species and habitat protection efforts in Kenya, in Peru and on islands worldwide; preventing extinction in our own backyard; and expanding efforts to bank critical genetic resources and apply them to the conservation of critically endangered species.

Joe Kleimanhttp://wwww.themedreality.com
Raised in San Diego on theme parks, zoos, and IMAX films, InPark's Senior Correspondent Joe Kleiman would expand his childhood loves into two decades as a projectionist and theater director within the giant screen industry. In addition to his work in commercial and museum operations, Joe has volunteered his time to animal husbandry at leading facilities in California and Texas and has played a leading management role for a number of performing arts companies. Joe previously served as News Editor and has remained a contributing author to InPark Magazine since 2011. HIs writing has also appeared in Sound & Communications, LF Examiner, Jim Hill Media, The Planetarian, Behind the Thrills, and MiceChat His blog, ThemedReality.com takes an unconventional look at the attractions industry. Follow on twitter @ThemesRenewed Joe lives in Sacramento, California with his wife, dog, and a ghost.
Share
Facebook
Twitter
Linkedin
Email
Print
WhatsApp
Pinterest
ReddIt
Tumblr
Previous articlePuy du Fou Spain opens its doors with 4,000 people attending the premiere of its signature show “The Dream of Toledo”
Next articleTEA SATE – Seattle will examine experience design in the context of diversity