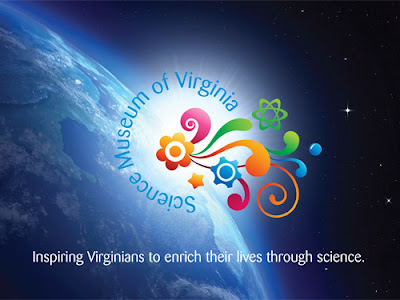 Richmond, VA, USA (June 19, 2012) /PRNewswire-USNewswire/ — The Telly Awards has named the Science Museum of Virginia as a Silver winner in the 33rd Annual Telly Awards for their piece entitled Question Power . With nearly 11,000 entries from all 50 states and numerous countries, this is truly an honor.

Question Power is dynamic video presentation that encourages guests to take a real time look at the world’s energy consumption, alternative energy sources and new developments that will power our world in the future. The video was produced by Sanan Media and underwritten by a $500,000 grant from Dominion Virginia Power and The Dominion Foundation.

The Telly Awards was founded in 1979 and is the premier award honoring outstanding local, regional, and cable TV commercials and programs, the finest video and film productions, and online commercials, video and films. Winners represent the best work of the most respected advertising agencies, production companies, television stations, cable operators, and corporate video departments in the world.

A prestigious judging panel of over 500 accomplished industry professionals, each a past winner of a Silver Telly and a member of The Silver Telly Council, judged the competition, upholding the historical standard of excellence that Telly represents. The Silver Council evaluated entries to recognize distinction in creative work – entries do not compete against each other – rather entries are judged against a high standard of merit. Less than 10% of entries are chosen as Winners of the Silver Telly, our highest honor. Approximately 25% of entries are chosen as Winners of the Bronze Telly.

“The Telly Awards has a mission to honor the very best in film and video,” said Linda Day, Executive Director of the Telly Awards. “The Science Museum of Virginia’s accomplishment illustrates their creativity, skill, and dedication to their craft and serves as a testament to great film and video production.”

“There was so much misinformation present out there regarding energy that we wanted to create something simple yet very powerful and truthful,” said Kaya Sanan of Sanan Media.

“We’re delighted that Question Power is receiving critical recognition that reinforces the reaction we have had from our audiences. We believe the piece makes a powerful case for the increasingly important role that energy will have in our lives,” said Richard Conti, Chief Wonder Officer at the Science Museum ofVirginia.

To find out more about the Telly Awards visit www.tellyawards.com.

The Dominion Foundation is dedicated to improving the physical, social and economic well-being of the communities served by Dominion companies, including Dominion Virginia Power and Dominion North Carolina Power. For more information about Dominion, visit the company’s website at www.dom.com.

For more about Sanan Media, www.sanan.com.

Joe Kleimanhttp://wwww.themedreality.com
Raised in San Diego on theme parks, zoos, and IMAX films, Joe Kleiman would expand his childhood loves into two decades as a projectionist and theater director within the giant screen industry. In addition to his work in commercial and museum operations, Joe has volunteered his time to animal husbandry at leading facilities in California and Texas and has played a leading management role for a number of performing arts companies. Joe has been News Editor and contributing author to InPark Magazine since 2011. HIs writing has also appeared in Sound & Communications, LF Examiner, Jim Hill Media, and MiceChat. His blog, ThemedReality.com takes an unconventional look at the attractions industry. Follow on twitter @ThemesRenewed Joe lives in Sacramento, California with his fiancé, two dogs, and a ghost.
Share
Facebook
Twitter
Linkedin
Email
Print
WhatsApp
Pinterest
ReddIt
Tumblr
Previous articleMediaMation’s 5th turnkey 4D install for a Legoland Discovery Center (Merlin Entertainments)
Next articleWargaming America Creating Virtual Battles for USS IOWA