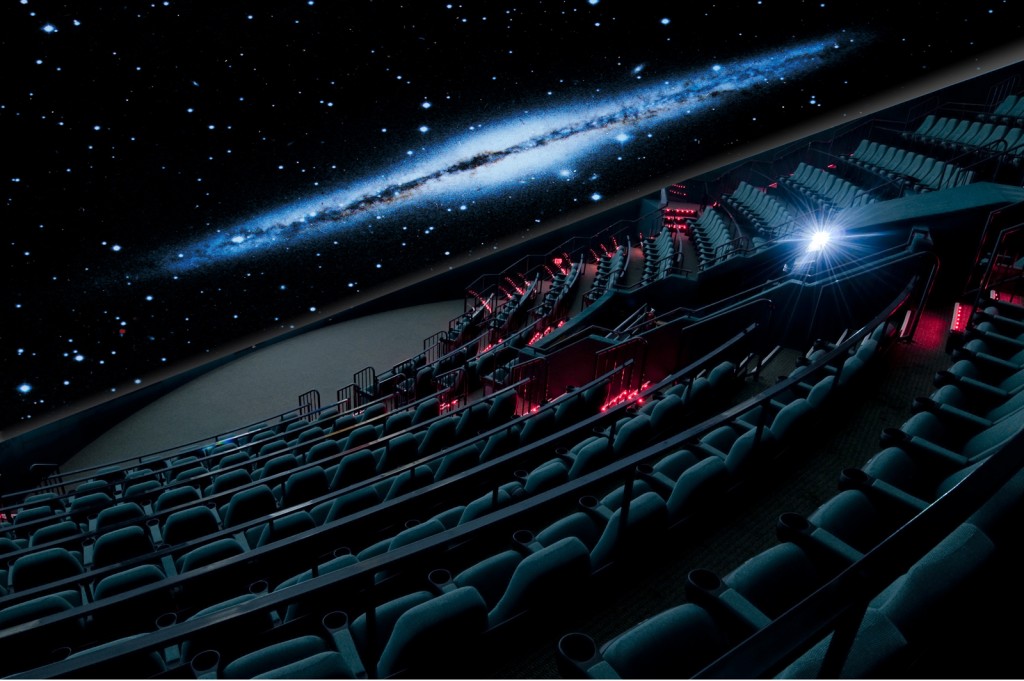 Salt Lake City, UT, USA (September 16, 2013) — Evans & Sutherland Computer Corporation (E&S) announced that the Science Museum of Virginia, in Richmond, VA, has selected the E&S Digistar 5 digital projection (“fulldome”) system for its new dome theater set to open in early 2014. Featuring near-8K resolution and active 3D stereoscopic projection, Digistar 5 is one of the most advanced digital cinema systems available today – and the newest, top-of-the-line system offered by E&S since introducing the Digistar line some 30 years ago.

“This is an historic occasion for E&S, as it was the Science Museum of Virginia that purchased the very first Digistar system from E&S in 1983 (and later upgraded the system to Digistar II),” said Kirk Johnson, E&S Vice President and General Manager. “Our long-time customer, the Science Museum of Virginia will give visitors a state-of-the-art cinematic experience with the new E&S Digistar 5 system upgrade,” added Johnson. “In resolution, brightness and 3D quality, Digistar 5 represents a technical peak for digital dome theaters and planetariums that will become the gold standard others want to emulate.”

“The Science Museum will be opening up the full expanse of the cosmos to our guests – inviting everyone to explore the universe with us in a truly spectacular fashion, ” said Richard Conti, CEO/Chief Wonder Officer, Science Museum of Virginia.

The upgrade will also include the re-skinning of Science Museum of Virginia’s existing 23 meter (75 foot) diameter dome with Spitz NanoSeam™ perforated aluminum panels matched so precisely edge-to-edge that they disappear under projection, and E&S’ auto alignment and auto blending technology to combine all five 4K projectors into a seamless fulldome image.

The Digistar 5 fulldome 3D system will include five 25,000 lumen DLP projectors at 4K resolution running at 120 Hz. The combined resolution of these projectors will produce over 29 million pixels on the Museum’s giant 23 meter (75 foot) diameter dome, almost three times the resolution of a 4K fulldome theater, and over 14 times the resolution of HDTV. This system will offer a brightness of 4 fL on the dome, currently the highest brightness ever projected in a giant screen digital fulldome theater. The system meets and actually exceeds the DIGSS (Digital Immersive Giant Screen Specifications) standards recently ratified by the Giant Screen Cinema Association (GSCA) for giant screen digital fulldome theaters.

What is fulldome 8K?

In digital cinema parlance, one “K” refers to a 1024 x 1024 pixel flat screen (each K is rounded to the nearest thousand). Translating that to dome screen display with a multi-projector system, about 25% of pixels are lost from the corners, and additional pixels are lost in edge-blending. In the case of the Science Museum of Virginia’s new Digistar 5 system, each of five 4096 x 2160 pixel projectors will produce more than 8 million “raw” pixels, of which nearly 6 million “unique” pixels will be visible on the dome screen. Combined, the unique pixel output of the Digistar 5 is therefore more than 29 million pixels. In comparison, the typical 4K fulldome system has a unique pixel output of about 11 million pixels and the typical HDTV has a resolution of just over 2 million pixels. For more information, visit the E&S “8K Demystified” page.

Joe Kleimanhttp://wwww.themedreality.com
Raised in San Diego on theme parks, zoos, and IMAX films, Joe Kleiman would expand his childhood loves into two decades as a projectionist and theater director within the giant screen industry. In addition to his work in commercial and museum operations, Joe has volunteered his time to animal husbandry at leading facilities in California and Texas and has played a leading management role for a number of performing arts companies. Joe has been News Editor and contributing author to InPark Magazine since 2011. HIs writing has also appeared in Sound & Communications, LF Examiner, Jim Hill Media, and MiceChat. His blog, ThemedReality.com takes an unconventional look at the attractions industry. Follow on twitter @ThemesRenewed Joe lives in Sacramento, California with his fiancé, two dogs, and a ghost.
Share
Facebook
Twitter
Linkedin
Email
Print
WhatsApp
Pinterest
ReddIt
Tumblr
Previous articleWaterpark Innovation
Next articleWaterpark Attendance Figures