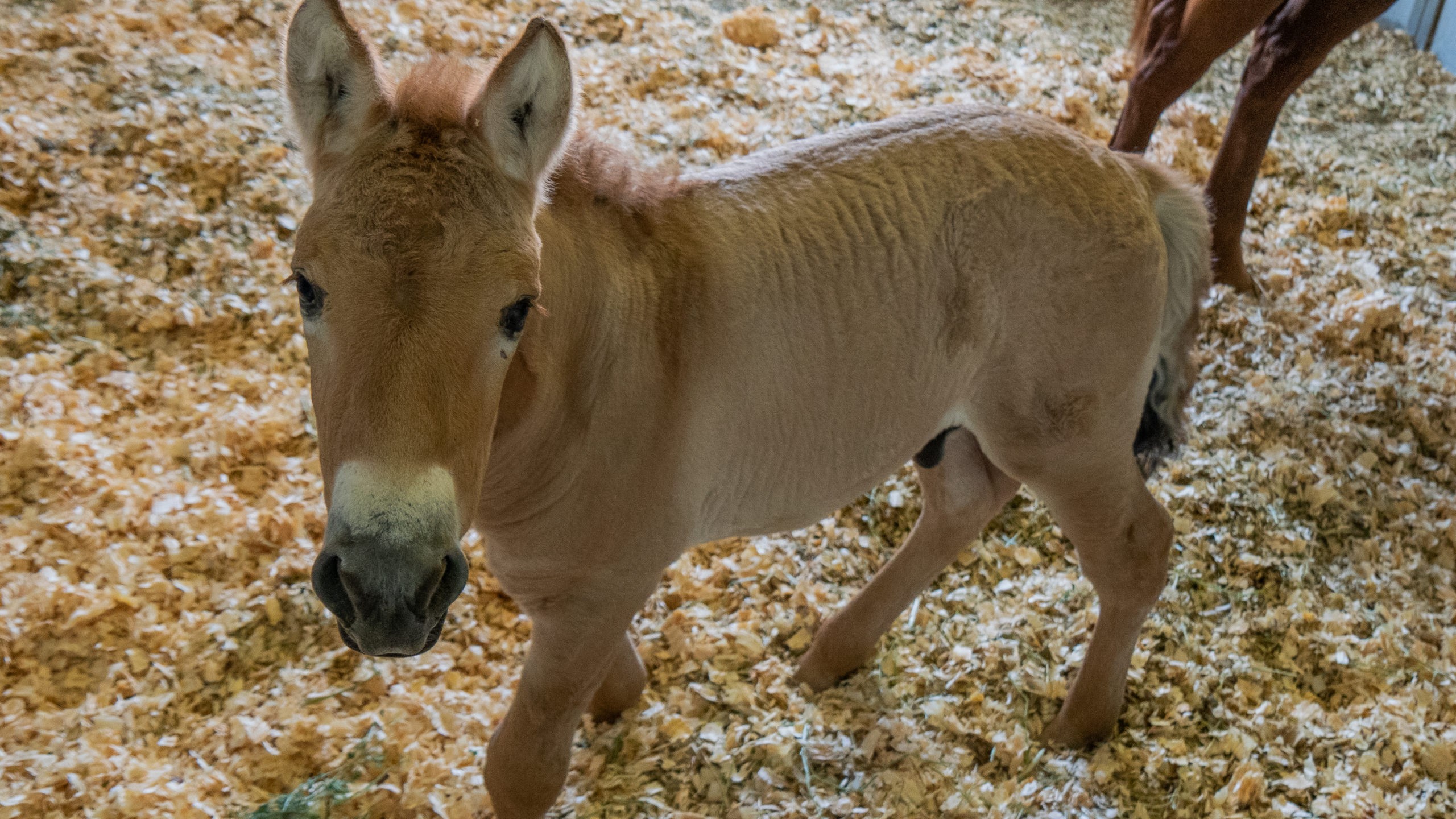 On Aug. 6, 2020, the world’s first successfully cloned Przewalski’s horse was born in Texas at the veterinary facility of a ViaGen Equine collaborator, Timber Creek Veterinary. The foal, born to a domestic surrogate mother, is a clone of a male Przewalski’s horse whose DNA was cryopreserved 40 years ago at the San Diego Zoo Global (SDZG) Frozen Zoo®. The colt’s birth revives genetic diversity that had been lost to the world and has now been recovered due to this important partnership between Revive & Restore, ViaGen Equine and San Diego Zoo Global.

“The work to save endangered species requires collaborative and dedicated partners with aligned goals,”  said Paul A. Baribault, president/CEO of San Diego Zoo Global. “We share in this remarkable achievement because we applied our multidisciplinary approach, working with the best scientific minds and utilizing precious genetic material collected and stored in our wildlife DNA bio bank.”

The colt represents the first time this species has been cloned, and scientists indicate it could provide an important model for future conservation efforts.

“This birth expands the opportunity for genetic rescue of endangered wild species,” said Ryan Phelan, executive director of Revive & Restore. “Advanced reproductive technologies, including cloning, can save species by allowing us to restore genetic diversity that would have otherwise been lost to time.”

The new cloned foal, who will be moved to the San Diego Zoo Safari Park to be integrated into a breeding herd of his species once he is older, represents a major milestone for Przewalski’s horse conservation. He was cloned from a cell line stored in the Frozen Zoo since 1980. That stallion was born in 1975 in the UK, was transferred to the US in 1978 and lived until 1998. As the new clone matures and successfully breeds, he can provide a valuable infusion of genetic diversity for the Przewalski’s horse population.

“This colt is expected to be one of the most genetically important individuals of his species,” said Bob Wiese Ph.D., chief life sciences officer at San Diego Zoo Global.  “We are hopeful that he will bring back genetic variation important for the future of the Przewalski’s horse population.”

The colt has been named “Kurt,” in honor of Kurt Benirschke, M.D., who was instrumental in founding the Frozen Zoo and the conservation research program at San Diego Zoo Global.

“A central tenet of the Frozen Zoo®, when it was established by Dr. Benirschke, was that it would be used for purposes not possible at the time,” said Oliver Ryder, Ph.D., director of genetics at San Diego Zoo Global. “Now, the living cells in the Frozen Zoo are contributing to reversing losses of genetic diversity and contributing to population sustainability. The cells of hundreds of Przewalski’s horses reside in the Frozen Zoo, and form the basis for new opportunities in applying scientific research to preserve species into the future.”

Formerly extinct in the wild, the Przewalski’s horse has survived for the past 40 years almost entirely in zoos around the world, and all of the surviving horses are related to 12 Przewalski’s horses born in the wild. Intensive breeding programs have helped recover the species, yet losses of genetic diversity have occurred—but those losses can now be halted, using cellular technologies such as cloning, based on the availability of living cells stored in the Frozen Zoo.

While ongoing reintroductions since the 1990s have established several wild herds on grasslands in China and Mongolia, maintaining genetic variation is likely to be an important part of ensuring the species’ survival in the future.

Advanced reproductive technologies are relatively standard for domestic horses and cattle. However, there have been few attempts to work with endangered species. The successful birth of this foal demonstrates how these techniques can be used for conservation efforts, today and into the future.

“This new Przewalski’s colt was born fully healthy and reproductively normal,” said Shawn Walker, chief science officer at ViaGen Equine. “He is head butting and kicking, when his space is challenged, and he is demanding milk supply from his surrogate mother.”

Timber Creek Veterinary has worked with ViaGen Equine for over 15 years, foaling hundreds of cloned horses for clients around the world. “This Przewalski’s foal was produced using our proven equine cloning techniques,” said Blake Russell, president of ViaGen Equine. “Thanks to the Timber Creek team, this special foal is off to a great start.”

Joe Kleimanhttp://wwww.themedreality.com
Raised in San Diego on theme parks, zoos, and IMAX films, InPark's Senior Correspondent Joe Kleiman would expand his childhood loves into two decades as a projectionist and theater director within the giant screen industry. In addition to his work in commercial and museum operations, Joe has volunteered his time to animal husbandry at leading facilities in California and Texas and has played a leading management role for a number of performing arts companies. Joe previously served as News Editor and has remained a contributing author to InPark Magazine since 2011. HIs writing has also appeared in Sound & Communications, LF Examiner, Jim Hill Media, The Planetarian, Behind the Thrills, and MiceChat His blog, ThemedReality.com takes an unconventional look at the attractions industry. Follow on twitter @ThemesRenewed Joe lives in Sacramento, California with his wife, dog, and a ghost.
Share
Facebook
Twitter
Linkedin
Email
Print
WhatsApp
Pinterest
ReddIt
Tumblr
Previous article
Smart Monkeys begins strategic partnership with Megapixel VR, adding OMNIS AV monitoring tech to ISAAC entertainment and media control platform
Next article
Herschend Family Entertainment seeking Senior Manager/Business Analyst for technology team