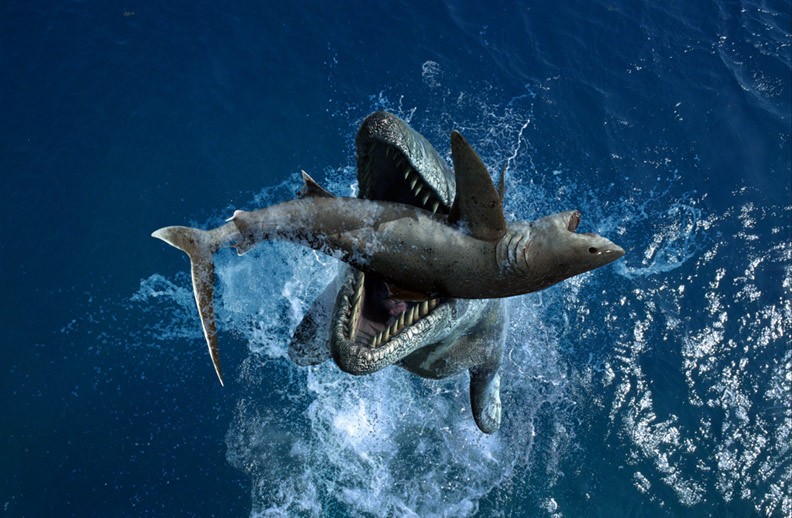 Funded in part through a grant from the National Science Foundation, the film is narrated by Tony Award-winning actor Liev Schreiber, with an original score by long-time musical collaborators Richard Evans, David Rhodes and Peter Gabriel. “Sea Monsters” has been exhibited in more than 400 theaters in over 30 countries in 17 languages since its release in 2007. On 3-D digital and large-screen platforms, the film takes audiences back 82 million years, following a family of Dolichorhynchops, known informally as “Dollies,” as they traverse ancient waters populated with saber-toothed fish, prehistoric sharks and giant squid. The film weaves together spectacular photorealistic animation with standout finds from paleontological digs around the world — discoveries that shed light on the film’s incredible cast of characters. 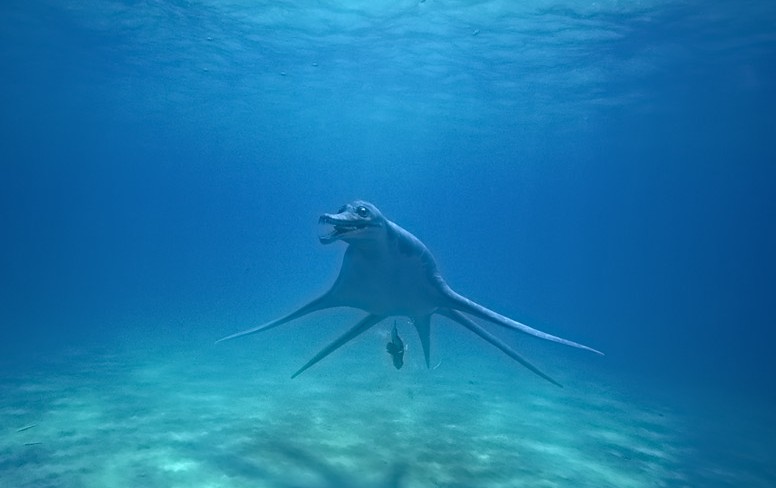 “‘Sea Monsters’ is the quintessential giant-screen film, with appeal to all ages,” said Mark Katz, president of NGCV distribution. “Its success and longevity in theaters around the world is a testament to that appeal, as well as to its outstanding story and stunning visuals, not to mention its ability to transport audiences to a world they can only imagine.”

Directed by Sean MacLeod Phillips and produced by Lisa Truitt and Jini Durr, “Sea Monsters” has received worldwide critical acclaim since its release in 2007. Described by The Washington Post as “‘Finding Nemo’ with a ‘Wow’ factor of about 100,” the film offers audiences a state-of-the-art 3-D experience unlike any other.

For more information on “Sea Monsters: A Prehistoric Adventure,” updates on where it is opening and links to preview the film, visit nationalgeographic.com/seamonsters/index.

Joe Kleimanhttp://wwww.themedreality.com
Raised in San Diego on theme parks, zoos, and IMAX films, InPark's Senior Correspondent Joe Kleiman would expand his childhood loves into two decades as a projectionist and theater director within the giant screen industry. In addition to his work in commercial and museum operations, Joe has volunteered his time to animal husbandry at leading facilities in California and Texas and has played a leading management role for a number of performing arts companies. Joe previously served as News Editor and has remained a contributing author to InPark Magazine since 2011. HIs writing has also appeared in Sound & Communications, LF Examiner, Jim Hill Media, The Planetarian, Behind the Thrills, and MiceChat His blog, ThemedReality.com takes an unconventional look at the attractions industry. Follow on twitter @ThemesRenewed Joe lives in Sacramento, California with his wife, dog, and a ghost.
Share
Facebook
Twitter
Linkedin
Email
Print
WhatsApp
Pinterest
ReddIt
Tumblr
Previous articleWhiteWater Attractions Take Center Stage in World’s Largest Building
Next articleResorts World Genting to Open Twentieth Century Fox Branded Theme Park in 2016