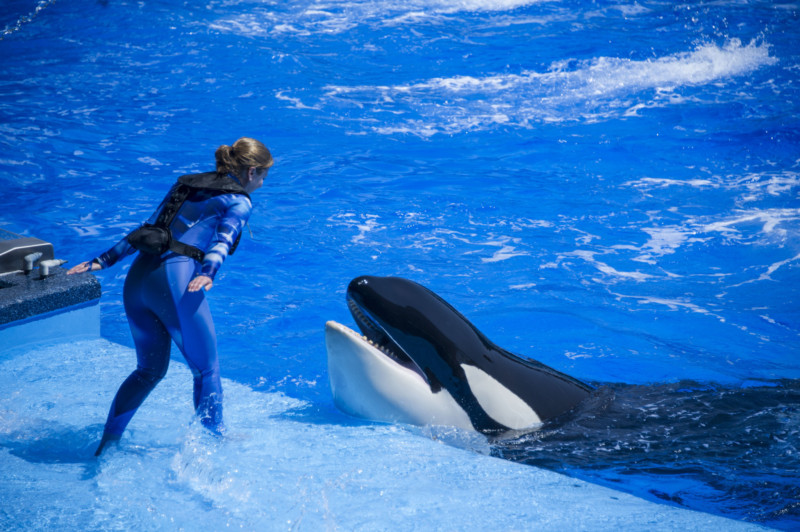 Orlando, FL, USA (May 6, 2014) — SeaWorld last week added air vests to its portfolio of safety measures for killer whale, or orca, trainers at the chain’s three marine life parks.  This newest measure joins more than $70 million in infrastructure and procedural improvements implemented in the four years since the death of a SeaWorld trainer in an orca-related incident.  Other changes have included elevated walkways, remote control gates, raisable tank floors, and limits on proximity restrictions to the animals.

The vests, shown in the following video, feature inflatable airbags to create buoyancy and an integrated scuba regulator attached to a small air canister on the lower back.

On April 8, following the hearing on a California Assembly bill that would have, among other things, prohibited orca performaces, SeaWorld San Diego park president John Reilly confirmed to InPark that his trainers have been practicing desensitization sessions with the park’s orcas as part of its safety procedures.  “They’re taking place in the smallest pool, the medical pool, which also has a raisable floor,” he said, adding, “But we have no plans at all for waterwork.”

Waterwork has been an area of contention for the parks following the OSHA investigation into the 2010 death of senior orca trainer Dawn Brancheau in Orlando, the only only orca-related death of a SeaWorld trainer in the chain’s 49-year history of displaying the animals.  Part of OSHA’s citation called for the Orlando park to discontinue water work.  According to the April 11, 2014 US Court of Appeals decision on the OSHA case, where SeaWorld appealed to have the OSHA ban on waterwork reversed:

In SeaWorld’s terms, when trainers are out of the pool or on submerged ledges called “slideouts” in water no deeper than their knees, their interactions with killer whales are called “drywork.” Any interaction in deeper water is “waterwork.”

The court ruled in favor of the OSHA directive, meaning that if SeaWorld wishes to take the appeals process further, they can do so only to the United States Supreme Court.  Shortly after the Appellate Court decision, the company issued the following statement:

We are obviously disappointed with today’s decision from the U.S. Court of Appeals. Following the tragic death of Dawn Brancheau in 2010, we voluntarily deployed several new safety measures, including removing trainers from the water during shows. In so noting in its opinion, the Court acknowledged that there will still be human interactions and performances with killer whales and, according to the Court, the decision simply requires that we continue with increased safety measures during our shows. SeaWorld remains committed to providing a safe workplace for employees, healthy environments for the animals in our care, and inspirational and educational experiences with killer whales for our guests. We are still reviewing the opinion and no decision has been made on whether we will appeal. 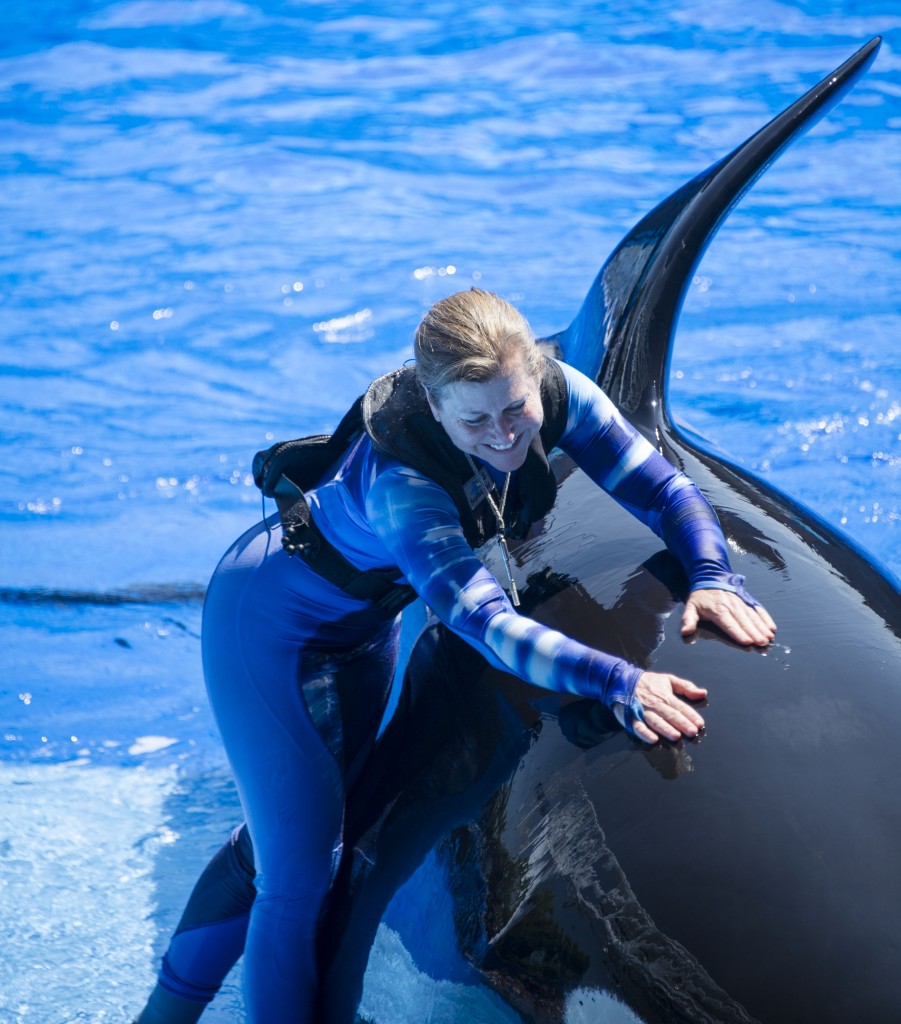 InPark contacted Erik Beard, an attorney specializing in amusement industry law, to see what effect the OSHA decision might have on SeaWorld’s other parks.   According to Beard:

By its terms the OSHA citations and penalties and the Court of Appeals’ decision ONLY applies to SeaWorld of Florida, LLC, the entity that owns and operates SeaWorld’s Orlando park.  As a technical matter, therefore, the ban on waterwork with orcas does not extend to SeaWorld’s San Antonio or San Diego locations.  That said, the trial judge in this case considered evidence relating to the San Antonio and San Diego parks and specifically commented on the policy of SeaWorld Parks & Entertainment, the parent company of all SeaWorld parks, to create consistency in the animal operations between all the parks.  Thus, while not strictly applicable to these other SeaWorld locations, the Court of Appeals’ decision could be be viewed as a warning of sorts about OSHA’s position vis-a-vis SeaWorld’s other locations should waterwork continue.  That said, there may be additional safety measures that could be implemented in San Antonio or San Diego that SeaWorld believes sufficiently distinguish these parks from Orlando so as to allow waterwork to resume notwithstanding the Court of Appeals’ ruling.

We also asked Beard about any implications the decision may have on the only other US park to house orcas, the Miami Seaquarium, which is currently undergoing an ownership change to Palace Entertainment, the American subsidiary of European zoo and theme park operator Parques Reunidos.  Beard responded:

As to whether Miami Seaquarium would have to comply – they don’t.  But, again, the OSHA case against SeaWorld may be seen as a shot across the bow to other operators of orca shows.

A new nighttime orca show, “Shamu’s Celebration: Light up the Night” is scheduled to premiere this Summer.  Details on the new show have not been announced.

Joe Kleimanhttp://wwww.themedreality.com
Raised in San Diego on theme parks, zoos, and IMAX films, InPark's Senior Correspondent Joe Kleiman would expand his childhood loves into two decades as a projectionist and theater director within the giant screen industry. In addition to his work in commercial and museum operations, Joe has volunteered his time to animal husbandry at leading facilities in California and Texas and has played a leading management role for a number of performing arts companies. Joe previously served as News Editor and has remained a contributing author to InPark Magazine since 2011. HIs writing has also appeared in Sound & Communications, LF Examiner, Jim Hill Media, The Planetarian, Behind the Thrills, and MiceChat His blog, ThemedReality.com takes an unconventional look at the attractions industry. Follow on twitter @ThemesRenewed Joe lives in Sacramento, California with his wife, dog, and a ghost.
Share
Facebook
Twitter
Linkedin
Email
Print
WhatsApp
Pinterest
ReddIt
Tumblr
Previous articleDisney’s Animal Kingdom Welcomes First Ticketed Event with “Harambe Nights”
Next articlePGAV Brings Angkor to Life at PortAventura With World’s Longest Interactive Boat Adventure