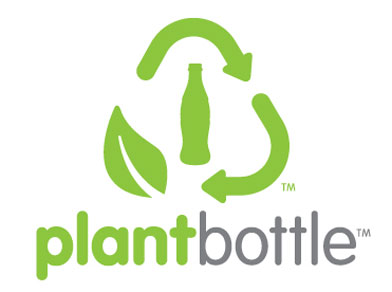 [quote]Working together, our two companies are using our resources and reach to inspire people to make a difference.” — Andrew Ngo, SeaWorld Parks & Entertainment Corporate Vice President of Culinary Operations[/quote]

“Our friends at The Coca-Cola Company share our commitment to conservation, our passion for the planet, and our innovative approach to consumer experiences.  Even more important, this appeals to our guests, who expect and reward recycling and sustainability,” said SeaWorld Parks & Entertainment Corporate Vice President of Culinary Operations Andrew Ngo.

Since The Coca-Cola Company introduced PlantBottle technology in 2009 as the first recyclable PET plastic bottle made partially from plants, more than 450,000 barrels of oil have been saved.  And, more than 20 billion PlantBottle packages have been distributed in 31 countries worldwide.

“Once we fully realized the power of PlantBottle technology, we knew it had real-world, global applications well beyond our own products,” said Scott Vitters, general manager, PlantBottle packaging platform, The Coca-Cola Company.  “This collaboration with SeaWorld demonstrates that PlantBottle technology can be applied anywhere that PET plastic is traditionally used, but with a lighter footprint on the planet.”

SeaWorld eventually plans to use Coca-Cola’s PlantBottle technology in the manufacture of many of its souvenir cups and is actively exploring opportunities for its potential use in the development of other merchandise.

SeaWorld and Coca-Cola have also partnered on two other initiatives that promote conservation and sustainability:

Joe Kleimanhttp://wwww.themedreality.com
Raised in San Diego on theme parks, zoos, and IMAX films, Joe Kleiman would expand his childhood loves into two decades as a projectionist and theater director within the giant screen industry. In addition to his work in commercial and museum operations, Joe has volunteered his time to animal husbandry at leading facilities in California and Texas and has played a leading management role for a number of performing arts companies. Joe has been News Editor and contributing author to InPark Magazine since 2011. HIs writing has also appeared in Sound & Communications, LF Examiner, Jim Hill Media, and MiceChat. His blog, ThemedReality.com takes an unconventional look at the attractions industry. Follow on twitter @ThemesRenewed Joe lives in Sacramento, California with his fiancé, two dogs, and a ghost.
Share
Facebook
Twitter
Linkedin
Email
Print
WhatsApp
Pinterest
ReddIt
Tumblr
Previous articleNew Comedy Animal Show “Opening Night Critters” Debuts at Busch Gardens Tampa
Next articleTicket Sales Now Open For SATE 2014

Pyek Group signs with accesso for eCommerce agreement for its four U.S.-based waterparks