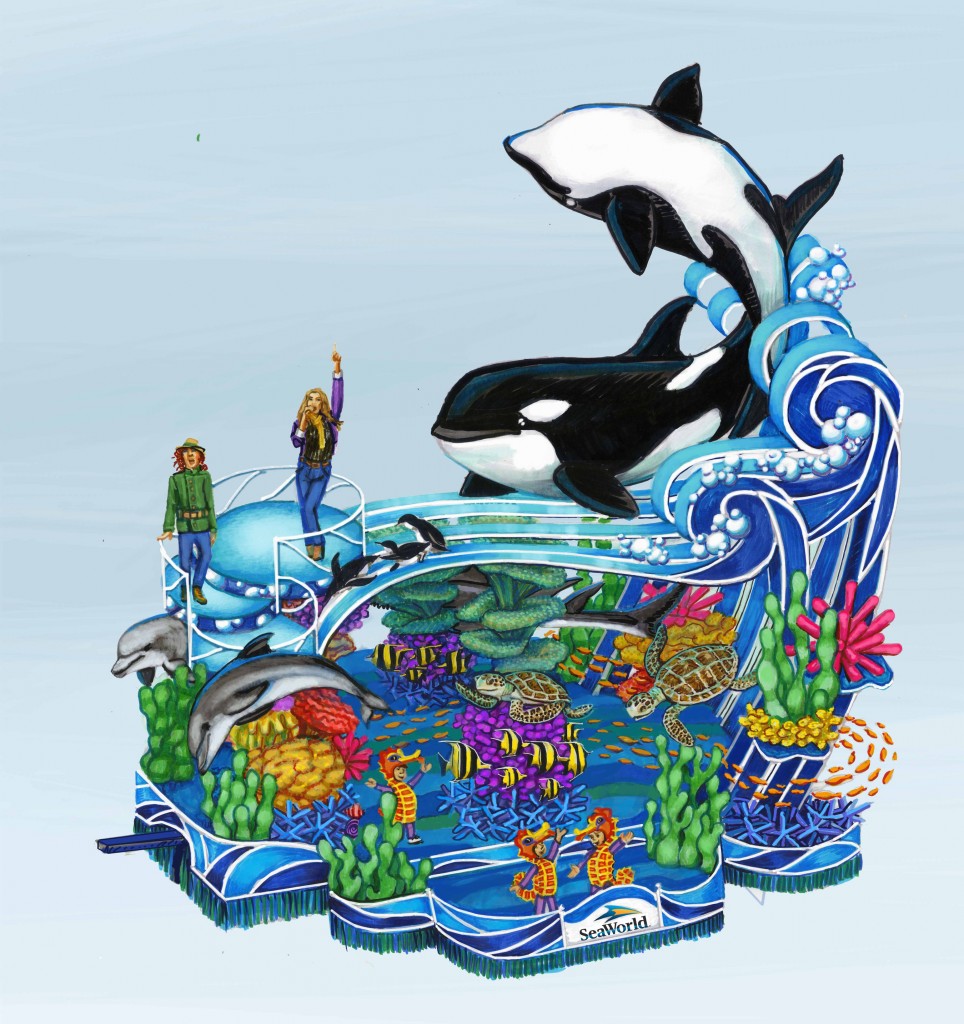 New York, NY, USA (September 24, 2013) /BUSINESS WIRE/ — For almost five decades, SeaWorld Parks & Entertainment has surprised and amazed guests with unique entertainment, thrilling rides, and up-close encounters with amazing sea life. Millions have been inspired through the power of entertainment, to celebrate, connect with and care for the natural world. This Thanksgiving the beauty and majesty of the sea will come to life on the streets of New York as SeaWorld’s “A Sea of Surprises” float debuts in the 87th Annual Macy’s Thanksgiving Day Parade®.

“The magicians of Macy’s Parade Studio have outdone themselves yet again with the awe-inspiring and entertaining design of the new SeaWorld float,” said Amy Kule, executive producer of Macy’s Thanksgiving Day Parade. “With its diverse and majestic depictions of sea creatures transformed into larger-than-life form, the ‘A Sea of Surprises’ float is sure to inspire millions of children and adults to learn more about, appreciate and enjoy all forms of aquatic life.”

From sea turtles, penguins and angel fish to sharks and breaching whales, amazing sea sculptures abound on the new float. Featuring rolling ocean waves, the gentle movement of swaying kelp and a vibrant school of tropical fish, the scene will take spectators on an extraordinary undersea journey. Taking center stage on the “A Sea of Surprises” float is the iconic Shamu, breaching 27-feet above the millions of Parade spectators lining the streets of Manhattan.

“We are thrilled to debut our SeaWorld ‘A Sea of Surprises’ float in the Macy’s Thanksgiving Day Parade as a tribute to SeaWorld’s 50thcelebration,” said Jim Atchison, President and CEO of SeaWorld Parks & Entertainment. “Next year the parks will commemorate this milestone with a year-long celebration at the three SeaWorld parks in San Diego, Orlando and San Antonio. We hope this festive float represents the fun, inspiration and surprises that guests will find during a visit to SeaWorld.”

Beginning next March, SeaWorld celebrates its 50th year with a sea of surprises at all three parks that includes new interactive experiences and shows, even more up-close animal encounters throughout the park and the SeaWorld “Surprise Squad” treating guests with prizes and special experiences every day. For more information, visit www.SeaWorld.com/Celebration.

Joe Kleimanhttp://wwww.themedreality.com
Raised in San Diego on theme parks, zoos, and IMAX films, Joe Kleiman would expand his childhood loves into two decades as a projectionist and theater director within the giant screen industry. In addition to his work in commercial and museum operations, Joe has volunteered his time to animal husbandry at leading facilities in California and Texas and has played a leading management role for a number of performing arts companies. Joe has been News Editor and contributing author to InPark Magazine since 2011. HIs writing has also appeared in Sound & Communications, LF Examiner, Jim Hill Media, and MiceChat. His blog, ThemedReality.com takes an unconventional look at the attractions industry. Follow on twitter @ThemesRenewed Joe lives in Sacramento, California with his fiancé, two dogs, and a ghost.
Share
Facebook
Twitter
Linkedin
Email
Print
WhatsApp
Pinterest
ReddIt
Tumblr
Previous articlePage Thompson Named President – International Operations for Universal Parks & Resorts
Next articleUtah Based Gemstone Resorts Chosen to Manage Dollywood’s DreamMore Resort