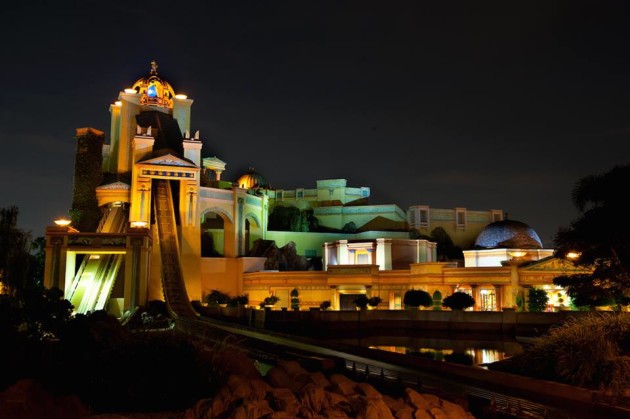 “Peter and Anthony are strong and important additions to our leadership team as we continue to drive improvement in the Company’s performance, competitive position and shareholder value,” said Joel Manby, President and Chief Executive Officer of the Company. “Each of these seasoned executives brings a proven track record of success and broad experience that will contribute to our ability to execute our plan and advance our progress. Peter is a deeply talented executive with significant finance expertise and experience with public companies and in the entertainment and theme park industry. Anthony has an outstanding reputation in our industry and beyond and he brings us exceptional creative vision that will help our team fulfill the Company’s goals.”

With these appointments, Marc G. Swanson will conclude his service as Interim CFO, effective on September 1, 2015, and will continue to serve as the Company’s Chief Accounting Officer.  “I would like to thank Marc for his commitment to this Company and would like to note the excellent job he did as Interim CFO over these past few months.  These efforts will help to assure a smooth and seamless transition to Peter’s leadership,” Manby said.

Chief Creative Officer Scott Helmstedter is returning to his home state of California and will continue his work with the Company in a consulting capacity.  He will assist with the creative content for the Company’s new attractions and events as well as media and entertainment opportunities.   “I thank Scott for his leadership during his tenure.  He will continue to be a valuable asset to us across our creative and entertainment platforms,” Manby added.

Joe Kleimanhttp://wwww.themedreality.com
Raised in San Diego on theme parks, zoos, and IMAX films, Joe Kleiman would expand his childhood loves into two decades as a projectionist and theater director within the giant screen industry. In addition to his work in commercial and museum operations, Joe has volunteered his time to animal husbandry at leading facilities in California and Texas and has played a leading management role for a number of performing arts companies. Joe has been News Editor and contributing author to InPark Magazine since 2011. HIs writing has also appeared in Sound & Communications, LF Examiner, Jim Hill Media, and MiceChat. His blog, ThemedReality.com takes an unconventional look at the attractions industry. Follow on twitter @ThemesRenewed Joe lives in Sacramento, California with his fiancé, two dogs, and a ghost.
Share
Facebook
Twitter
Linkedin
Email
Print
WhatsApp
Pinterest
ReddIt
Tumblr
Previous articleNOW WITH WALKTHROUGH VIDEOS! Universal Studios Hollywood Brings Top Horror Franchises to Life at Halloween Horror Nights 2015
Next articleFirst Piece of Mako Track Surfaces at SeaWorld Orlando