Former Universal and Disney Park Executives to Lead SeaWorld Board 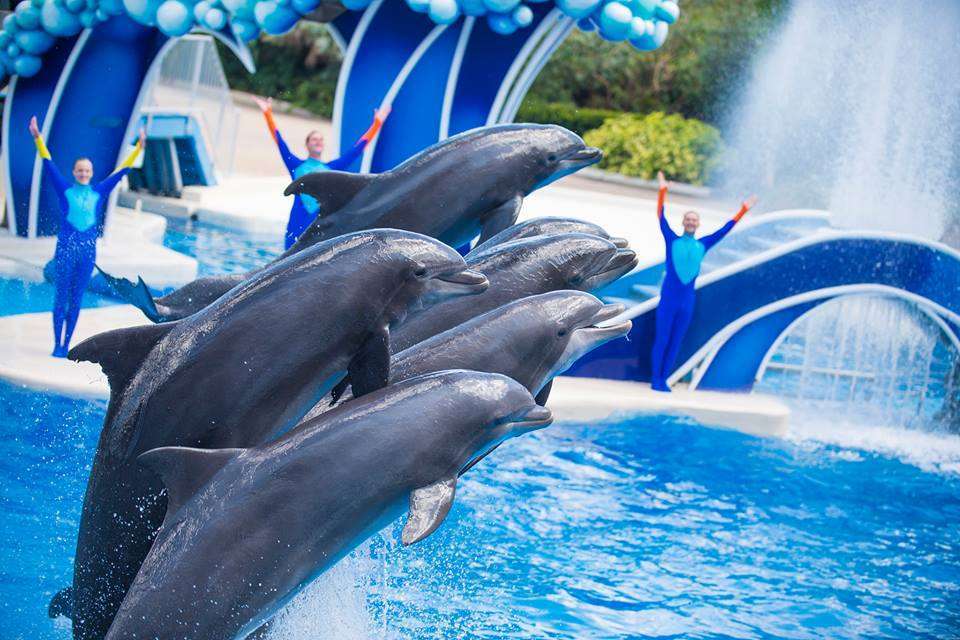 “I am honored to succeed David and want to express my deepest appreciation to him for his years of dedication to SeaWorld,” Mr. Maruyama said. “I am excited to bring a fresh perspective to the Board and deeply committed to working with the management team to deliver memorable guest experiences, extend SeaWorld’s iconic brands to global audiences, improve business performance, and enhance value for shareholders and all our important stakeholders.”

Mr. Maruyama, a SeaWorld director since June 2017, is President of Zhonghong Group’s American operation and represents the perspective of a significant, long-term shareholder. He brings over 20 years of global theme park and family entertainment industry experience and helped to lead the early turnaround of Universal Studios Japan, which was recently acquired by Comcast NBCUniversal.

Mr. Robinson, a SeaWorld Director since June 2016, was formerly the Executive Vice President of Hong Kong Disneyland. He has extensive operations expertise, as well as over thirty years of executive and management positions in global theme park, retail, restaurant, resort, and entertainment businesses.

“Our Board is committed to continuing to advance its governance standards and independence, and we believe that by establishing these two complementary roles with clear responsibilities, we can enhance the rigorous and independent oversight of the company and the Board,” Mr. Robinson said. “Yoshi and I intend to work closely with the other directors and the management team to advance the company’s progress on behalf of all its shareholders and other stakeholders.”

“This transition demonstrates our dedication to ensure SeaWorld’s long-term success and growth for the interests of its shareholders and our commitment to a sustainable future,” Mr. D’ Alessandro said. “Yoshi brings the perspective of our largest shareholder. He also has over 20 years of experience in the global theme park industry and helped drive the turnaround of a leading theme park company, creating significant value for its stakeholders. Our company and our Board will benefit from his leadership.”

The company also announced that Mr. D’Alessandro, Judith A. McHale, and Ellen O. Tauscher will step down from the Board of Directors, effective October 9, 2017.

“The Board thanks David, Judith, and Ellen for their many contributions to SeaWorld,” Mr. Maruyama added.

Yoshikazu Maruyama recently joined the Zhonghong Group, a leading real estate development and diversified leisure and tourism company in Asia. Prior to that, Mr. Maruyama was Global Head of Location Based Entertainment for DreamWorks Animation SKG, where he served from August 2010until March 2017. From June 2004 to January 2009, he served as Chief Strategy Officer and was elected to the Board of Directors of USJ Co., Ltd, owner and operator of Universal Studios Japan theme park.

Mr. Maruyama held multiple positions at Universal Parks and Resorts from June 1995 to June 2004, including as Senior Vice President of International Business Development and Vice President of Strategic Planning. Mr. Maruyama took a hiatus from Universal Park & Resorts to support the startup of eToys, an online toy retailer in 1999. Mr. Maruyama also served as a Financial Analyst at J.P. Morgan & Co. from July 1992 to June 1995.

Donald C. Robinson recently retired as the President and Chief Operating Officer for All Aboard Florida, the country’s first privately owned intercity passenger rail system that will connect South Florida to Orlando, where he served from March 2012 until December 2014. Prior to this, from February 2006 to September 2012, he served as President of Baha Mar Ltd., a luxury resort company.

Mr. Robinson holds a Bachelor of Science degree in Microbiology from the University of Central Florida, and completed coursework through the Master’s in Business Administration program at Rollins College.

Joe Kleimanhttp://wwww.themedreality.com
Raised in San Diego on theme parks, zoos, and IMAX films, Joe Kleiman would expand his childhood loves into two decades as a projectionist and theater director within the giant screen industry. In addition to his work in commercial and museum operations, Joe has volunteered his time to animal husbandry at leading facilities in California and Texas and has played a leading management role for a number of performing arts companies. Joe has been News Editor and contributing author to InPark Magazine since 2011. HIs writing has also appeared in Sound & Communications, LF Examiner, Jim Hill Media, and MiceChat. His blog, ThemedReality.com takes an unconventional look at the attractions industry. Follow on twitter @ThemesRenewed Joe lives in Sacramento, California with his fiancé, two dogs, and a ghost.
Share
Facebook
Twitter
Linkedin
Email
Print
WhatsApp
Pinterest
ReddIt
Tumblr
Previous articleSplash City waterpark equipment up for offer
Next articleDistrict 2020 to Carry On Legacy of Dubai Expo