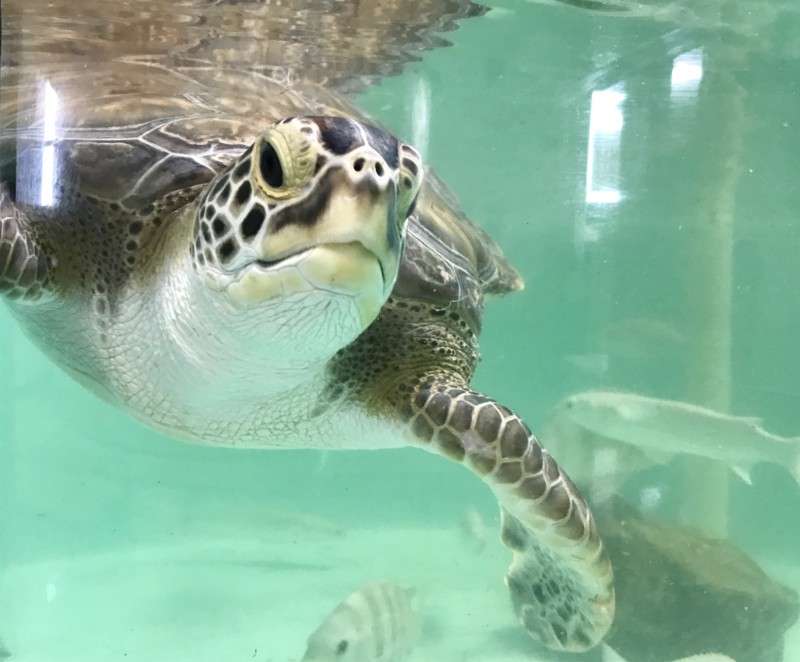 SeaWorld will unveil Turtle Reef™, a fascinating habitat that will enable guests to get an up-close look at threatened and endangered sea turtles, plus learn about the threats the species face in the wild. The focal point will be a 126,000-gallon coral reef-themed environment, with a unique and natural bio filtration, featuring rescued and non-releasable green sea turtles, along with hundreds of multi-colored Caribbean fish. 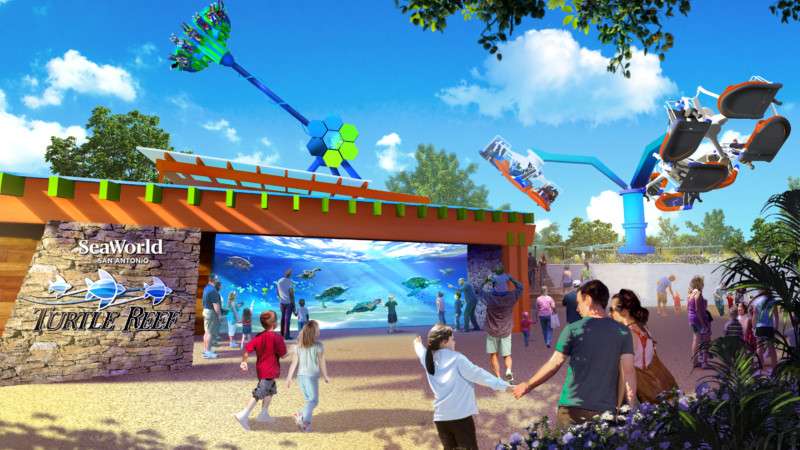 “Our guests not only will learn about amazing sea turtles but also how all of us can improve ocean health,” said Chris Havel, SeaWorld San Antonio senior aquarist. “One big way is to keep plastics out of the aquatic environment. Thus, it’s no coincidence that almost a decade ago SeaWorld started limiting plastics in its parks.”

In conjunction with the opening of Turtle Reef, two new family rides will debut – Riptide Rescue™, where guests can board a boat and set out on their own sea turtle rescue mission aboard this classic spinner ride, and Sea Swinger™, a thrill ride that swings riders 180-degrees in both directions. 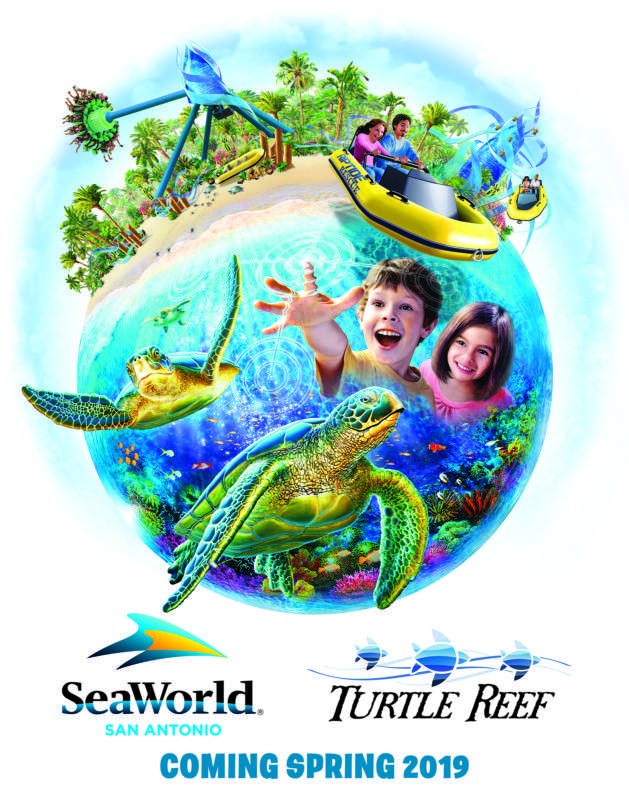 Another important aspect of Turtle Reef is a new partnership between SeaWorld San Antonio and The University of Texas Marine Science Institute’s Amos Rehabilitation Keep (ARK), which will receive 5 percent of the net proceeds from turtle-themed merchandise sold at SeaWorld.  ARK’s primary mission is to rescue and rehabilitate sick and injured sea turtles, birds, terrestrial turtles and tortoises found along the South Texas coast, with the goal of releasing them to their native habitat.

“We’re excited about the partnership with SeaWorld San Antonio and the opportunity it will provide to help continue rehabilitating and educating new visitors about endangered and majestic sea turtles,” said Sally Palmer, Communications Coordinator at The University of Texas Marine Science Institute.

“ARK, one of the nation’s most-dedicated animal rescue organizations, is very focused in its work to help animals in the wild,” said Carl Lum, SeaWorld & Aquatica San Antonio Park President. “This is an excellent fit for us since, in our more than 50-year history, SeaWorld has rescued more than 33,000 animals in need. This partnership will continue our company’s commitment to be the largest marine animal rescuer worldwide.” 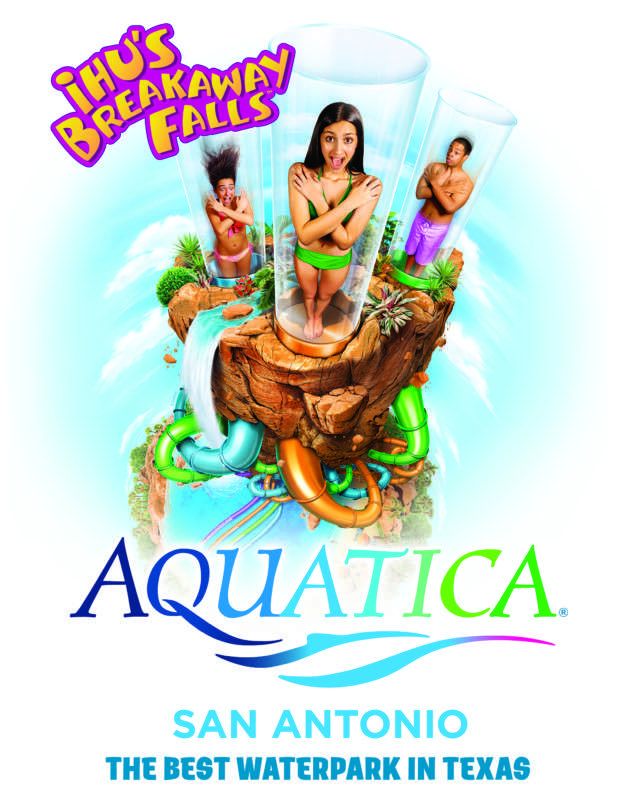 Premiering at Aquatica in 2019 will be Ihu’s Breakaway Falls®, a new, steep, one-of-a-kind, multi-drop tower slide, which is named after Ihu, Aquatica’s colorful gecko, who searches for the biggest thrills, steepest hills and coolest spills in the waterpark.

Joe Kleimanhttp://wwww.themedreality.com
Raised in San Diego on theme parks, zoos, and IMAX films, InPark's Senior Correspondent Joe Kleiman would expand his childhood loves into two decades as a projectionist and theater director within the giant screen industry. In addition to his work in commercial and museum operations, Joe has volunteered his time to animal husbandry at leading facilities in California and Texas and has played a leading management role for a number of performing arts companies. Joe previously served as News Editor and has remained a contributing author to InPark Magazine since 2011. HIs writing has also appeared in Sound & Communications, LF Examiner, Jim Hill Media, The Planetarian, Behind the Thrills, and MiceChat His blog, ThemedReality.com takes an unconventional look at the attractions industry. Follow on twitter @ThemesRenewed Joe lives in Sacramento, California with his wife, dog, and a ghost.
Share
Facebook
Twitter
Linkedin
Email
Print
WhatsApp
Pinterest
ReddIt
Tumblr
Previous articleMacGillivray Freeman Films wins original score and sound design awards from GSCA for America’s Musical Journey
Next articleRenowned artist Es Devlin to design UK Pavilion for Expo 2020 Dubai