SeaWorld’s Jim Atchison Stepping Down as CEO and President, Company Has Launched Search for Replacement 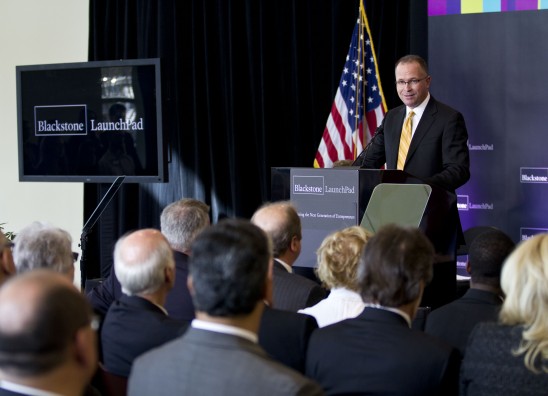 Orlando, FL, USA (December 11, 2014) /PRNewswire/ — SeaWorld Entertainment, Inc. (NYSE:SEAS), a leading theme park and entertainment company, today announced that, effective January 15, 2015, Chairman David F. D’Alessandro will serve as the Company’s interim CEO until the Board of Directors (the “Board”) selects a permanent successor to current CEO and President, Jim Atchison, who will become Vice Chairman of the Board. Mr. D’Alessandro, who has been Chairman of the Company’s Board since 2010, will continue in that position. He served as Chairman, President and Chief Executive Officer of John Hancock Financial Services from 2000 to 2004, having served as President and Chief Operating Officer of the same entity from 1996 to 2000.

“On behalf of the entire Board, I’d like to thank Jim for his contributions to the Company and express our ongoing support for our long-term strategy. Jim has helped the Company realize its vision of becoming a leader in the theme park industry, one of the world’s foremost zoological organizations and a global leader in animal care,” Mr. D’Alessandro said. “We remain committed to our growth agenda and enhancing value for our shareholders. The Board intends to complete the search process deliberately and thoughtfully to find the right individual with the experience and qualifications to lead the Company into the future.”

“It has been an honor to lead SeaWorld,” said Mr. Atchison. “I am so proud of this Company and our dedicated team members. I look forward to serving as Vice Chairman and continuing to work with the Board, David, and our exceptional team to assure a smooth transition,” said Mr. Atchison.

The Board of Directors, which expects to complete the search in six to nine months, has engaged a leading executive search firm to assist in the search for Mr. Atchison’s successor.

In addition, the Board of Directors appointed two new independent directors, The Honorable Ellen Tauscher, a strategic advisor at the law firm of Baker, Donelson, Bearman, Caldwell & Berkowitz, PC who previously served as a Member of Congress and as an Under Secretary of the U.S. Department of State, and Mr. William Gray, the former Co-Chief Executive Officer of Ogilvy North America of Ogilvy & Mather Inc. Their appointments are effective immediately.

In announcing the Board’s appointment of Ms. Tauscher and Mr. Gray, Mr. D’Alessandro said, “We are delighted to welcome Ellen and Bill to the Board. They bring us an extraordinary breadth and depth of experience relevant to the Company’s business.”

The Company continues to advance its previously announced company-wide cost initiative, including its plan to deliver approximately $50 million of annual cost savings by the end of 2015. As part of that plan, the Company also announced today a restructuring program across its entire 11-park enterprise. This effort will centralize some operations, reduce duplication of functions and increase efficiencies and accelerate execution. The restructuring will result in the loss of some positions, and the Company will offer severance benefits to those impacted.”In order to achieve the goals of our business realignment, we regret that some positions will necessarily be eliminated. However, our cost savings effort is part of a broader program to position us for long term growth,” Mr. Atchison said.

Mr. David D’Alessandro has been the chairman of the Board of Directors of the Company since 2010. He served as Chairman, President and Chief Executive Officer of John Hancock Financial Services from 2000 to 2004, having served as President and Chief Operating Officer of the same entity from 1996 to 2000. He led the company in its successful initial public offering in 2000 and through a subsequent merger with ManuLife Financial Corporation in 2004. He is a former Partner of the Boston Red Sox. He currently serves on the board of directors of APX Group Holdings, Inc. (the parent holding company and 100% owner of Vivint, Inc., one of the largest home automation services provider in North America), and Vivint Solar, Inc. a leader in home solar energy systems. He is the author of three national bestselling business books. A graduate of Syracuse University, he holds honorary doctorates from three colleges and serves as vice chairman of Boston University.

The Honorable Ellen Tauscher currently serves as a strategic advisor at the Washington DC law firm of Baker, Donelson, Bearman, Caldwell & Berkowitz, PC. She has spent much of her career in public service, most notably representing California’s10th Congressional District in the U.S. House of Representatives. During her 12 years in Congress, Ms. Tauscher served on the House Armed Services Committee and chaired the Strategic Forces subcommittee. Ms. Tauscher left Congress in 2009 to join the U.S. State Department as Under Secretary for Arms Control and International Security Affairs. She also served as special envoy for Strategic Stability and Missile Defense at State.

Prior to serving in Congress, Ms. Tauscher worked in investment banking and the financial industry in various roles for Bache Halsey Stuart Shields, Bear Stearns & Co., Drexel Burnham Lambert and as an officer of the American Stock Exchange. From 1977 to 1980, Ms. Tauscher was a member of the New York Stock Exchange representing Bache Halsey Stuart Shields.In 2012, Ms. Tauscher was named vice chair of the Atlantic Council’s Brent Scowcroft Center on International Security. Last year she became independent board chairman of the Alliance for Bangladesh Worker Safety, a coalition of 26 retailers and clothing brands led by Walmart.

Ms. Tauscher, a Seton Hall University graduate, serves on a variety of boards, including Lawrence Livermore National Security LLC. She is a life member of the Council on Foreign Relations.

Mr. William Gray is currently a co-founder and director of Hulls Highway, Inc., a consulting firm.  Since 2010, Mr. Gray has also been a senior advisor to Blackstone, a leading global investment and advisory firm and minority shareholder of SeaWorld Entertainment. Prior to joining Blackstone, he was North American Co-Chief Executive and Vice Chairman of Ogilvy North America, one of the world’s largest communications companies.

Mr. Gray served as the President of Ogilvy & Mather Inc. from 1997 to 2005 and Managing Director of Ogilvy Advertising New York from 1994 to 1996. He held other positions of increasing responsibility from the time he joined Ogilvy & Mather Inc. as an Assistant Account Executive in 1978. Mr. Gray retired from Ogilvy in 2010 after more than three decades of service.

Mr. Gray is a trustee of the Century Family of Mutual Funds and an independent director of HealthMarkets, Inc. He is a past Board Chairman of the American Red Cross of New York and is currently a member of the board of directors of the New York Public Library. Mr. Gray graduated from Harvard College and earned an MBA from the Darden School of the University of Virginia.

Joe Kleimanhttp://wwww.themedreality.com
Raised in San Diego on theme parks, zoos, and IMAX films, InPark's Senior Correspondent Joe Kleiman would expand his childhood loves into two decades as a projectionist and theater director within the giant screen industry. In addition to his work in commercial and museum operations, Joe has volunteered his time to animal husbandry at leading facilities in California and Texas and has played a leading management role for a number of performing arts companies. Joe previously served as News Editor and has remained a contributing author to InPark Magazine since 2011. HIs writing has also appeared in Sound & Communications, LF Examiner, Jim Hill Media, The Planetarian, Behind the Thrills, and MiceChat His blog, ThemedReality.com takes an unconventional look at the attractions industry. Follow on twitter @ThemesRenewed Joe lives in Sacramento, California with his wife, dog, and a ghost.
Share
Facebook
Twitter
Linkedin
Email
Print
WhatsApp
Pinterest
ReddIt
Tumblr
Previous articleBBC Programs and Characters to Play Key Role at London Paramount Entertainment Resort Under Newly Announced Development Agreement
Next articleBRC Imagination Arts to Receive Thea Award for Korea’s AMOREPACIFIC Story Garden