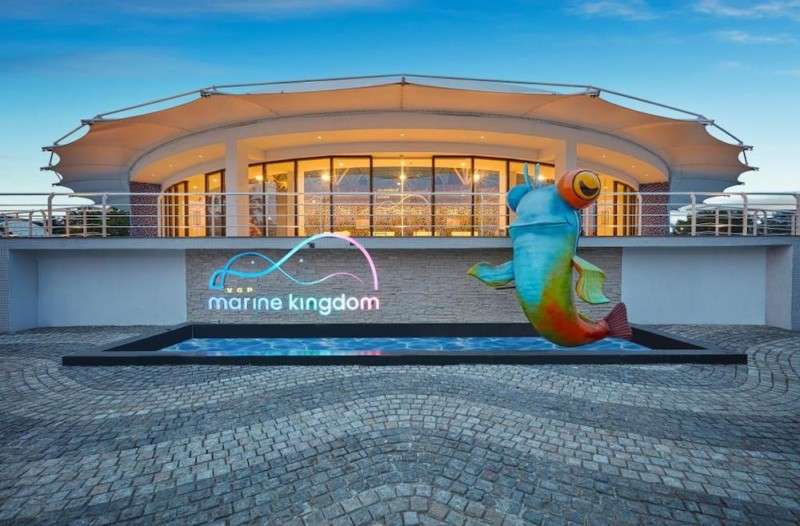 With its efficient park management solution, Semnox has powered automation at VGP Marine Kingdom, Chennai. This new facility, which is India’s first underwater tunnel aquarium and one of the largest aquariums in this part of the world, is using the Semnox park management module in its entirety right from day one.

Counters within the aquarium complex use the Semnox POS management solution for all transactions. This aquarium is a brainchild of the VGP Group which has been a major contender in the entertainment/amusement space for almost 45 years now. The group also runs VGP Universal Kingdom, which is India’s first amusement park. Given their commitment to customer satisfaction and seamless operations, the VGP Group was seeking a single integrated system capable of handling the operations of the entire park and Semnox turned out to be the best fit.

“We were scouting for national/international solution providers for the aquarium and decided Semnox would fit the bill as they are well-established and have a wide presence in the domestic and international arena. Also, among the park fraternity, most of those who had used Semnox were happy with the services provided by them. Right from the beginning stages, even though there were no previous business connections with Semnox, we were in close touch with the friendly promoters,” says V G P Premdas, owner, VGP Chennai.

The RFID cards used for ticketing facilitate cashless and seamless entry into the park via automated access gates. These gates are of two types – tripod turnstiles for regular visitors and swing gates for visitors with special needs that also ensure wheelchair access.

“We had several rounds of brain storming session with Semnox‘s team to come up with an apt solution for our aquarium also keeping in mind future expansions like the amusement park and water park. The installation process was handled by the Semnox team in close association with our operation team and was helpful in giving insights on what kind of reports will help us and also the finer nuances in terms of practical operations. The software is robust with a number of reports and the Semnox team is flexible when it comes to services,” adds Premdas.

Semnox has been in talks with VGP management for a while now on ways of adding value to their park operations. After taking a close look at the case studies and innovations that Semnox has incorporated in their various offerings, VGP chose the park management solution over products from other solution providers in the industry.

“It’s our pleasure to be associated with one of India’s largest entertainment industry conglomerates, the VGP Group. We are, for the first time, solutioning an aquarium project which has provided us with insights on how an aquarium typically functions from a system standpoint and how aptly we fit the bill. This shows our solution flexibility to adapt to different facets of Entertainment Industry & creating value to its operations. We now look forward to adding value to VGP Universal Kingdom, for ease of park operations & providing good visitor experience” Umesh Prabhu, Director, Semnox.

Joe Kleimanhttp://wwww.themedreality.com
Raised in San Diego on theme parks, zoos, and IMAX films, InPark's Senior Correspondent Joe Kleiman would expand his childhood loves into two decades as a projectionist and theater director within the giant screen industry. In addition to his work in commercial and museum operations, Joe has volunteered his time to animal husbandry at leading facilities in California and Texas and has played a leading management role for a number of performing arts companies. Joe previously served as News Editor and has remained a contributing author to InPark Magazine since 2011. HIs writing has also appeared in Sound & Communications, LF Examiner, Jim Hill Media, The Planetarian, Behind the Thrills, and MiceChat His blog, ThemedReality.com takes an unconventional look at the attractions industry. Follow on twitter @ThemesRenewed Joe lives in Sacramento, California with his wife, dog, and a ghost.
Share
Facebook
Twitter
Linkedin
Email
Print
WhatsApp
Pinterest
ReddIt
Tumblr
Previous articleGrupo Vidanta announces purchase of attractions from Intamin and five-station gondola system from Doppelmayr
Next articleSuper 78’s real-time animation show 20,000 Leagues Under the Sea opens at Moody Gardens