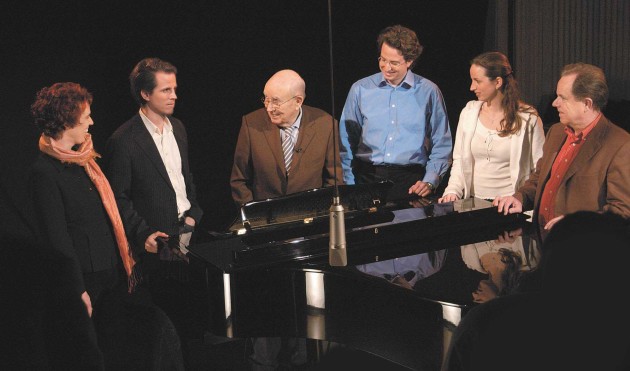 Old Lyme, CT, USA — For decades, the name Sennheiser has been synonymous with high-quality products, excellent sound and numerous innovations that have set new standards in audio technology. This year, the audio specialist is celebrating its 70th anniversary. It remains a family-owned and operated enterprise, now headed by a third generation of the Sennheiser family: today’s CEOs, Daniel Sennheiser and Dr. Andreas Sennheiser, are the grandchildren of the company’s founder, Prof. Dr. Fritz Sennheiser.

The list of product innovations from Sennheiser is as extensive as it is impressive. Sennheiser has made a significant impact on the evolution of audio technology over the past seven decades, from the world’s very first open headphones, the HD 414, to present-day innovations such as the Digital 9000 wireless microphone system and MobileConnect, an inclusive audio-streaming solution for people with sight and hearing impairments. Numerous patents and awards – including an Emmy, a Grammy, a Scientific and Engineering Award of the Academy of Motion Picture Arts and Sciences, and the Engineering Emmy‘s® Philo T. Farnsworth Award – bear witness to the company’s unique innovative drive. “In the past, our products have surprised and amazed the audio world over and over again. Why? Because they have gone beyond the common standard. As a result, nobody anticipated them,” says Dr. Andreas Sennheiser, who is co-CEO of the company alongside his brother Daniel Sennheiser.

The beginnings
The company was founded on 1 June 1945 as Laboratorium Wennebostel – or “Labor W” for short – by electrical engineer Prof. Dr. Fritz Sennheiser in Wennebostel, near Hanover, Germany. Initially, the young enterprise produced tube volt meters. They sold well, but Fritz Sennheiser had higher ambitions: Driven by the ethos of making good existing products even better while advancing new technologies, the lab developed a constant stream of new solutions. The product range gradually expanded over the years. In 1947, Sennheiser launched its first microphone developed in-house. The first “shotgun” microphone followed in 1956, and a year later the company was already producing 100 different types of products. In early 1958, Labor W was renamed Sennheiser electronic – the inception of a brand that ten years later would spark a worldwide boom by developing and producing the first open headphones.

Second and third Sennheiser generation
In May 1982, Sennheiser saw its first change of generations. Prof. Dr. Jörg Sennheiser, son of Prof. Dr. Fritz Sennheiser, was appointed Managing Director, while his father became a limited partner. Over the years, Prof. Dr. Jörg Sennheiser gradually modernized and inter–nationalized the company’s structure, turning Sennheiser into a GmbH & Co. KG. Cutting-edge developments across various areas of acoustics, and new sales locations worldwide, followed with unprecedented momentum. Sennheiser opened an additional production plant in Tullamore, Ireland, and a branch office for research and development in the USA. An additional plant followed in Albuquerque, New Mexico, USA, and a joint venture with Denmark’s William Demant Holding was initiated, forging a path for the founding of Sennheiser Communications A/S in 2003.

In July 2013, Daniel Sennheiser and Dr. Andreas Sennheiser, the sons of Prof. Dr. Jörg Sennheiser, took over as the CEOs of Sennheiser electronic GmbH & Co. KG. Both share their grandfather and father’s entrepreneurial ambition of aiming to shape the entire audio sector through a dynamic culture of innovation and an uncompromised passion for excellence. Thanks to this spirit, Labor W, a start-up based in a half-timbered house in Wennebostel, has grown to become a global player, sustaining a continual increase in turnover over the decades. Today, Sennheiser has more than 2,700 employees, with around half of them based in Germany. In 2013, the family company, whose Management Board still regards independence as a core value, generated turnover of €590.4 million.

A smart approach to the future
As an innovation-driven company, Sennheiser will continue playing a key role in shaping the future of audio. The foundations for this have already been laid with its new Innovation Campus, built on the company site in Germany. “Here, as at our worldwide innovation centers, we will work in cross-functional teams that bring together our breadth of expertise to shape unique solutions, such as ones to individualize audio content even more,” Daniel Sennheiser explains. “In the future, we will align our product development even more closely to customers’ true needs, wherever they arise – on live stages, at professional studio productions, in offices, or simply while listening to music and relaxing – while always striving to achieve acoustic perfection.” With adaptable and increasingly smart products, Sennheiser will keep on developing and delivering future solutions that redefine audio technology.

Throughout 2015, Sennheiser’s anniversary year, the online magazine “Bluestage” will present exciting background stories about the audio specialist’s products and the corporate history every month. More information is available at: http://en-de.sennheiser.com/bluestage-magazin.

Joe Kleimanhttp://wwww.themedreality.com
Raised in San Diego on theme parks, zoos, and IMAX films, InPark's Senior Correspondent Joe Kleiman would expand his childhood loves into two decades as a projectionist and theater director within the giant screen industry. In addition to his work in commercial and museum operations, Joe has volunteered his time to animal husbandry at leading facilities in California and Texas and has played a leading management role for a number of performing arts companies. Joe previously served as News Editor and has remained a contributing author to InPark Magazine since 2011. HIs writing has also appeared in Sound & Communications, LF Examiner, Jim Hill Media, The Planetarian, Behind the Thrills, and MiceChat His blog, ThemedReality.com takes an unconventional look at the attractions industry. Follow on twitter @ThemesRenewed Joe lives in Sacramento, California with his wife, dog, and a ghost.
Share
Facebook
Twitter
Linkedin
Email
Print
WhatsApp
Pinterest
ReddIt
Tumblr
Previous articleZoombezi Bay at the Columbus Zoo Breaks Attendance Records with New AquaPlay RainFortress from WhiteWater
Next articleLast Chance to advertise in the 2015 Thea Awards Program