L is for leadership transition at Sesame Workshop 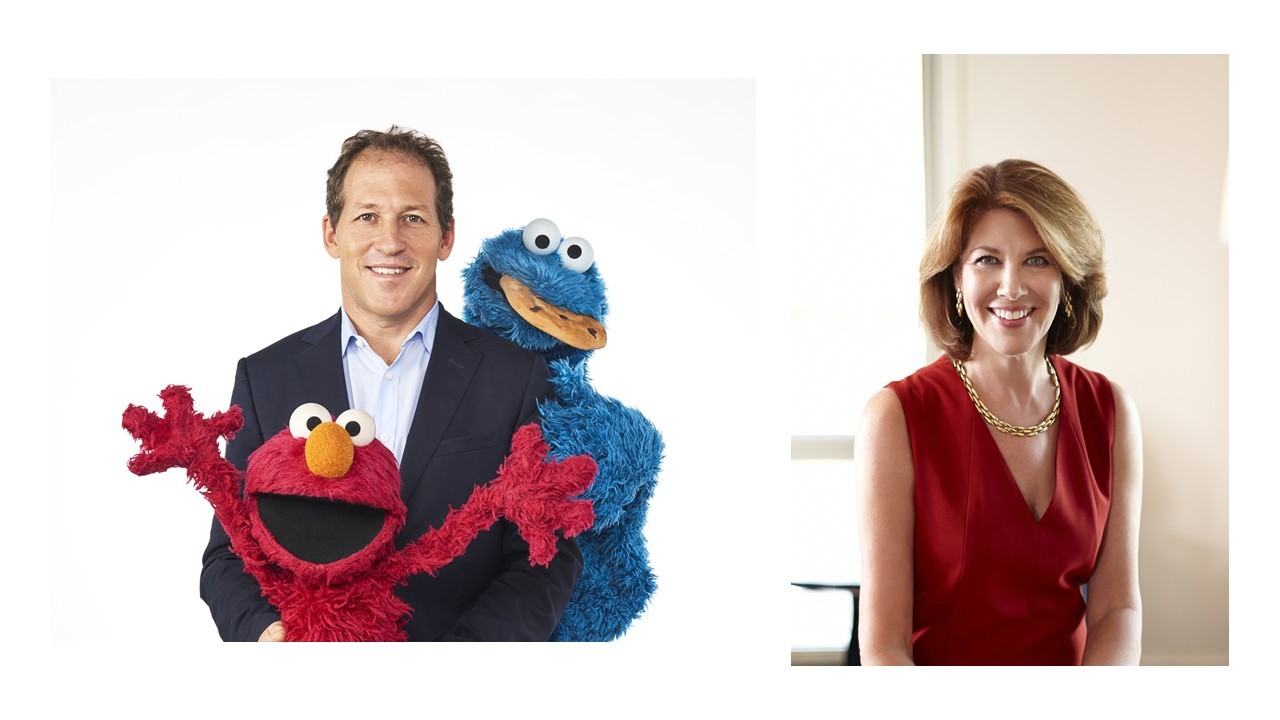 In response to the planned retirement of current President and CEO, Jeffrey D. Dunn, the Board of Trustees of Sesame Workshop, producer of Sesame Street and other award-winning shows, has announced its plans for a leadership transition to begin on January 1, 2021.

Mr. Dunn, who has served as CEO since 2014, will advise Mr. Youngwood, Ms. Westin, and the Board of Trustees during a six-month transition.  Mr. Dunn will retire from Sesame Workshop at the end of its current fiscal year, on June 30th, 2021.

“Jeff has been an extraordinary CEO and an incredible leader at a critical moment for Sesame Workshop and the world,” said Jane D. Hartley, Chairman of the Board.  “Under his watch, the organization has grown tremendously, expanding its reach and delivering on its mission to help children everywhere grow smarter, stronger, and kinder.  I want to thank Jeff and my fellow board members for their guidance in this transition.   We are so fortunate to have Steve Youngwood and Sherrie Westin as the perfect leaders to continue this important work.  I am excited for the future and know Sesame is in good hands.”

Under Dunn’s leadership, Sesame Workshop has formed groundbreaking new partnerships which grew the Workshop’s reach and revenues.  Accolades under his watch include 38 Emmy awards, a George Foster Peabody Award for Institutional Excellence, and a Kennedy Center Honors Award, considered the nation’s highest artistic achievement, for Sesame Street‘s lifetime contributions to American culture.  In 2017, Sesame Workshop won the inaugural $100 million MacArthur Foundation’s 100&Change grant competition to bring early learning to children in the Syrian response region.  The following year the Workshop was awarded an $100 million grant from the LEGO Foundation to help Rohingya refugee children in Bangladesh.  In 2017, Sesame Workshop won the Smithsonian Institution’s American Ingenuity Award and the first-ever Clio Award for Global Impact.   And in 2018 and 2019 the Workshop was named to Fast Company’s Most Innovative Companies list.

“Jeff Dunn has been an exceptional leader of Sesame Workshop, leading us through challenging times and leaving us stronger than we’ve ever been,” said Joan Ganz Cooney, co-founder and Lifetime Honorary Trustee of Sesame Workshop.  “I am confident that Steve and Sherrie are the right team to carry us into the future and continue to deliver on our mission.”

Steve Youngwood currently serves as Sesame Workshop’s Chief Operating Officer and President of its Media & Education Division. Since 2015, he has led a dramatic expansion of the Workshop’s media business from being a single show producer to a broad-based production company.  Through partnerships with PBS, HBO MAX, Apple, CNN, YouTube and others, the Workshop currently has its largest and most diverse portfolio of content in its 50-year history, including Sesame Street, Esme & Roy, Elmo’s Not Too Late Show, Helpsters, Ghostwriter, Mecha Builders, documentaries, and family town hall specials.  Youngwood spearheaded the Workshop’s expansion into schools with McGraw Hill, and its digital learning efforts through the recently announced partnership with Homer.  He has also led the growth of the Workshop’s global footprint, themed entertainment experiences, brand partnerships, and product licensing.  His work has allowed the organization to continue delivering on its mission and keep its brand relevant in an increasingly fragmented media universe, as well as providing a strong financial foundation for Sesame’s social impact work around the world.

Sherrie Westin currently serves as the President of Sesame’s Social Impact & Philanthropy Division. Over the past six years, she has delivered over $300 million in grants and donations to serve the most vulnerable children around the world.  She spearheaded a partnership with the IRC to launch the largest Early Childhood intervention in the history of humanitarian response, leading the Workshop’s efforts to win the MacArthur’s 100&Change competition.  In 2017, Westin launched Sesame Street in Communities, the Workshop’s signature domestic initiative, designed to give children tools to overcome traumatic experiences.  Westin also oversaw development of See Amazing in All Children and its creation of Sesame Street’s first autistic Muppet, Julia, to help address the stigma of autism.   Under Westin’s leadership, Sesame Workshop is now recognized for its humanitarian work around the globe.