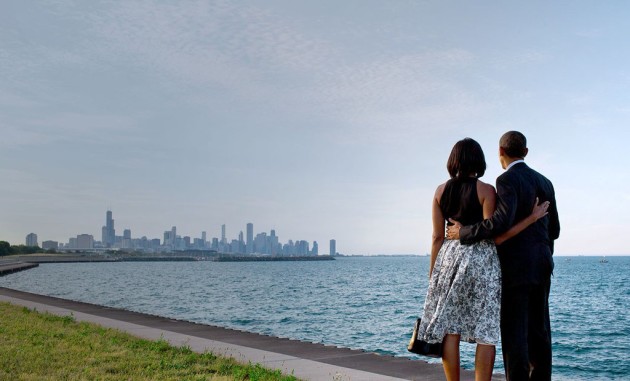 Chicago, IL, USA – The Barack Obama Foundation has issued a formal Request for Proposal (RFP) to seven architectural firms, one of which will ultimately be selected to design the Obama Presidential Center (OPC) on the South Side of Chicago.

The following firms have been selected to submit their proposals to the Obama Foundation:

Adjaye Associates was founded by David Adjaye in 2000. Based in London with a U.S. office in New York, the firm has worked on projects across four continents. Notable works include the Museum of Contemporary Art in Denver, the Nobel Peace Center in Oslo, Norway, and the Smithsonian Institution’s National Museum of African American History and Culture, currently under construction in Washington, D.C. Adjaye is also designing the expansion of the Studio Museum in Harlem. Adjaye was awarded the Wall Street Journal Innovator Award in 2013. The Art Institute of Chicago is currently running a mid-career retrospective of Adjaye’s work.

Diller Scofidio + Renfro is led by three partners – Elizabeth Diller, Ricardo Scofidio, and Charles Renfro. The firm’s portfolio includes a wide range of major institutional projects including the recently awarded design of the David M. Rubenstein Forum at the University of Chicago, the renovation of Lincoln Center in New York, and the Broad Museum in Los Angeles. The firm also designed the High Line in New York City. Diller and Scofidio, the firm’s founding principals, were awarded the MacArthur Foundation “genius” fellowship in 1999.

John Ronan founded his Chicago-based firm in 1999. He has designed many academic and civic institutions in Chicago including the Gary Comer Youth Center where the Obama Foundation held its press conference to announce site selection in May 2015. Other notable works include the Poetry Foundation in Chicago, Gary Comer College Prep in Chicago, and the Illinois Institute of Technology Innovation Center. Ronan was awarded the AIA Institute National Honor Award for both the Poetry Foundation and the Gary Comer Youth Center.

Founded in 1981 by Renzo Piano, the Renzo Piano Building Workshop is headquartered in Genova, Italy, with offices in New York. Mr. Piano was awarded the prestigious Pritzker Architecture Prize in 1998 and the AIA Gold Medal in 2008. Notable works include the modern wing at the Art Institute of Chicago, the California Academy of Science, and the Whitney Museum’s new building on Gansevoort Street in New York. Current projects include the Palais de Justice in Paris, France.

Snøhetta has offices in the United States and Europe. Its offices in New York and San Francisco are majority owned and operated by the American Architects Craig Dykers and Elaine Molinar. Elaine along with co-Founders Craig Dykers and Kjetil Trædal Thorsen, created the studio in Oslo in 1989. Snøhetta was awarded the prestigious Mies van der Rohe Prize in 2009 for the Norwegian National Opera & Ballet. Snøhetta’s body of work includes the National September 11 Memorial Museum Pavilion, the Bibliotheca Alexandrina in Egypt, the expansion of the San Francisco Museum of Modern Art, and the James B. Hunt Jr. Library at North Carolina State.

Tod Williams and Billie Tsien founded their New York-based firm in 1974. Their studio — by choice — designs only institutional, academic, civic, and residential work. They were awarded the 2013 National Medal of Arts by President Barack Obama. Noteworthy work designed by Williams and Tsien include the Barnes Foundation in Philadelphia, the Logan Center for the Arts at the University of Chicago, and the Neurosciences Institute in La Jolla, California. They are currently designing the United States Embassy complex in Mexico.

“The Foundation received submissions from an impressive list of architects with a range of styles, expertise, and experience,” said Martin Nesbitt, chairman of the Obama Foundation. “These finalists offer a variety of backgrounds and styles, and any one of them would be an excellent choice. We are excited to see this process moving forward because the Obama Presidential Center will be so much more than a library – this facility will seek to inspire citizens across the globe to better their communities, their countries, and their world.”

The Obama Foundation released a Request for Qualifications (RFQ) on August 26 of this year and asked that responses be submitted by September 16. The Foundation and its advisers reviewed and summarized the responses and made recommendations to the President and First Lady.

For more information about the Foundation and the future Obama Presidential Library, visit http://www.barackobamafoundation.org/ or follow @ObamaFoundation on Twitter.

Joe Kleimanhttp://wwww.themedreality.com
Raised in San Diego on theme parks, zoos, and IMAX films, InPark's Senior Correspondent Joe Kleiman would expand his childhood loves into two decades as a projectionist and theater director within the giant screen industry. In addition to his work in commercial and museum operations, Joe has volunteered his time to animal husbandry at leading facilities in California and Texas and has played a leading management role for a number of performing arts companies. Joe previously served as News Editor and has remained a contributing author to InPark Magazine since 2011. HIs writing has also appeared in Sound & Communications, LF Examiner, Jim Hill Media, The Planetarian, Behind the Thrills, and MiceChat His blog, ThemedReality.com takes an unconventional look at the attractions industry. Follow on twitter @ThemesRenewed Joe lives in Sacramento, California with his wife, dog, and a ghost.
Share
Facebook
Twitter
Linkedin
Email
Print
WhatsApp
Pinterest
ReddIt
Tumblr
Previous articleS&S Tower Rides Headed to Two Wanda Parks in China
Next articleColin Studybaker Joins dBTechnologies as USA Sales Manager