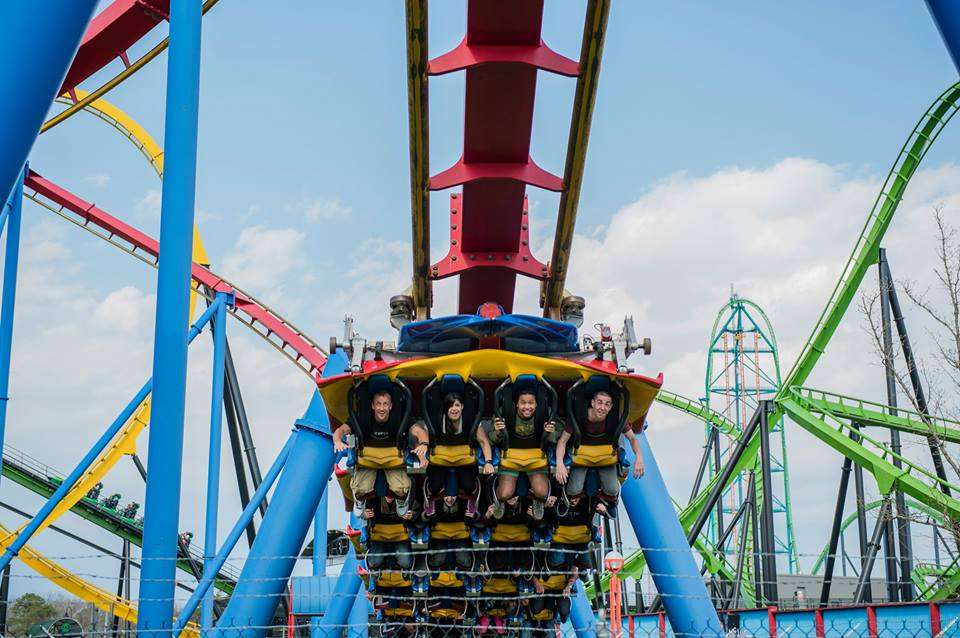 “This is a proud day for our company. This project represents a giant step toward becoming a net-zero carbon facility,” said Six Flags Great Adventure Park President John Winkler. “We are pleased that we were able to come to a satisfactory agreement with all parties involved. Clean energy is right for the environment and our future, and we look forward to decades of environmental stewardship with our partner, KDC Solar.”

The 23.5-megawatt solar project will include solar carports over select parking lots and 40 acres of ground-mounted solar panels. Six Flags expects construction to begin by March and for the solar facility to be fully operational by the end of 2019.

In addition to the production of clean energy and helping to limit the park’s reliance on harmful fossil fuels, KDC Solar will use more than 99,000 hours of union labor in constructing this project.

As conservationists for nearly 45 years, Six Flags Great Adventure has cared for more than 70 different species of animals, including some that are endangered and even extinct in the wild. The Jackson theme park recycles more than 60 percent of its annual waste, including manure, paper, plastic, wood and mixed garbage. The theme park eliminated the use of paper towels in favor of energy-efficient hand dryers, and is firmly committed to other energy-saving programs. In addition, Six Flags will preserve more than 200 acres of forest, wetlands and wetlands transition areas.

“We are continually searching for new ways to operate more efficiently and enhance our role as good stewards of the environment,” Winkler said.

“We are pleased to move forward with this groundbreaking solar project. Six Flags has been a patient and cooperative partner throughout this process, and we look forward to delivering clean renewable electricity to Six Flags. Once operational, this project will be the largest net metered solar project in the State of New Jersey and very much in line with Governor Murphy’s pledge to support renewable energy,” said Alan Epstein, President and CEO of KDC Solar.

Joe Kleimanhttp://wwww.themedreality.com
Raised in San Diego on theme parks, zoos, and IMAX films, InPark's Senior Correspondent Joe Kleiman would expand his childhood loves into two decades as a projectionist and theater director within the giant screen industry. In addition to his work in commercial and museum operations, Joe has volunteered his time to animal husbandry at leading facilities in California and Texas and has played a leading management role for a number of performing arts companies. Joe previously served as News Editor and has remained a contributing author to InPark Magazine since 2011. HIs writing has also appeared in Sound & Communications, LF Examiner, Jim Hill Media, The Planetarian, Behind the Thrills, and MiceChat His blog, ThemedReality.com takes an unconventional look at the attractions industry. Follow on twitter @ThemesRenewed Joe lives in Sacramento, California with his wife, dog, and a ghost.
Share
Facebook
Twitter
Linkedin
Email
Print
WhatsApp
Pinterest
ReddIt
Tumblr
Previous articleFeld Entertainment and Universal Partner on Jurassic World Arena Tour
Next articleJRA Designed Joy Spence Appleton Estate Rum Experience Opens in Jamaica