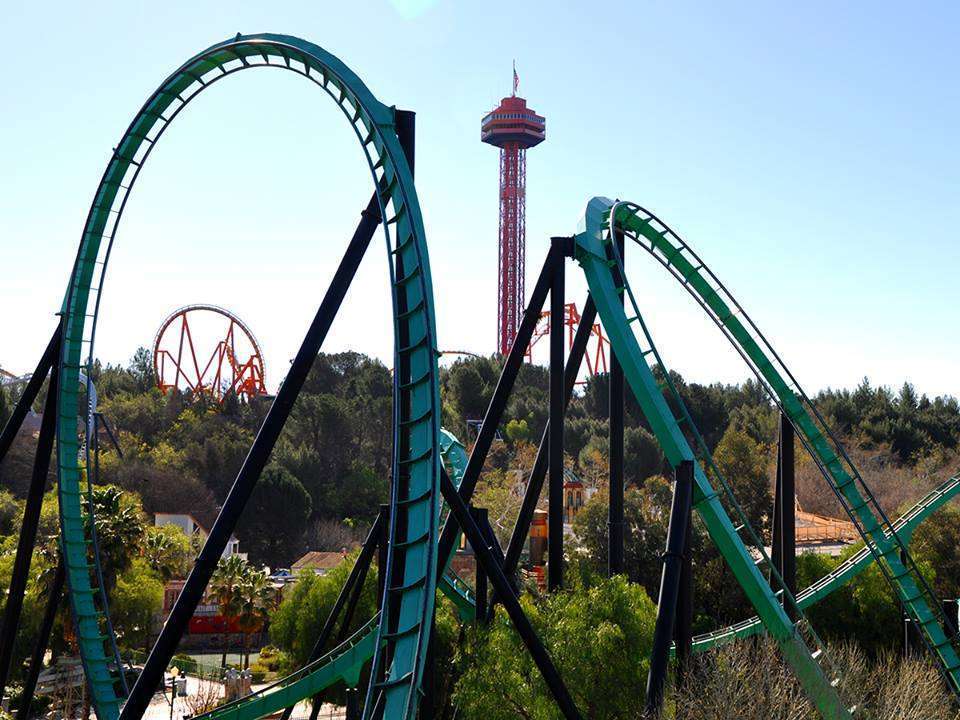 Neal Thurman has been named Park President of  Los Angeles-based theme parks Six Flags Magic Mountain and Hurricane Harbor. He succeeds Bonnie Sherman Weber who is joining the Six Flags corporate team in Texas as SVP, In-Park Services. The announcement is a homecoming for Thurman as he spent seven years at Six Flags Magic Mountain beginning in 2007 as the Director of Operations.

“Neal is one of the best and brightest minds in the theme park industry. He is an outstanding leader, whose knowledge of park operations is unmatched,” stated Six Flags Senior Vice President of U.S. Park Operations, Thomas Iven. “He is already very familiar with Magic Mountain—the employees, and the culture, so he is very well-suited to lead this park.”

Thurman, most recently the park president of Six Flags Great Adventure in Jackson, NJ, has been with Six Flags for more than 22 years. “I am very excited about rejoining one of the leading theme park properties in the world,” said Thurman. “Having worked at Six Flags Magic Mountain and Hurricane Harbor previously, I look forward to ‘coming home’ and contributing to the park’s exciting future.” Thurman comes to Six Flags Magic Mountain and Hurricane Harbor with a focus on the team member experience and a passion for providing outstanding guest service.

Prior to relocating to Jackson, NJ in 2016, Thurman was the park president at Six Flags Fiesta Texas in San Antonio. His Six Flags career started in 1995 at Six Flags Over Georgia gaining expertise in Operations, Human Resources, Guest Relations and Safety Management.  He then relocated to Six Flags Kentucky Kingdom in 2003 as the Operations Manager before becoming the Director of Operations and Administration at the Six Flags park in Louisville.

Joe Kleimanhttp://wwww.themedreality.com
Raised in San Diego on theme parks, zoos, and IMAX films, InPark's Senior Correspondent Joe Kleiman would expand his childhood loves into two decades as a projectionist and theater director within the giant screen industry. In addition to his work in commercial and museum operations, Joe has volunteered his time to animal husbandry at leading facilities in California and Texas and has played a leading management role for a number of performing arts companies. Joe previously served as News Editor and has remained a contributing author to InPark Magazine since 2011. HIs writing has also appeared in Sound & Communications, LF Examiner, Jim Hill Media, The Planetarian, Behind the Thrills, and MiceChat His blog, ThemedReality.com takes an unconventional look at the attractions industry. Follow on twitter @ThemesRenewed Joe lives in Sacramento, California with his wife, dog, and a ghost.
Share
Facebook
Twitter
Linkedin
Email
Print
WhatsApp
Pinterest
ReddIt
Tumblr
Previous article
Ninja Power Takes Over LEGOLAND Florida Resort During LEGO NINJAGO Days
Next article
WhiteWater Attractions Contribute to Epic Feel of New Indoor Waterpark