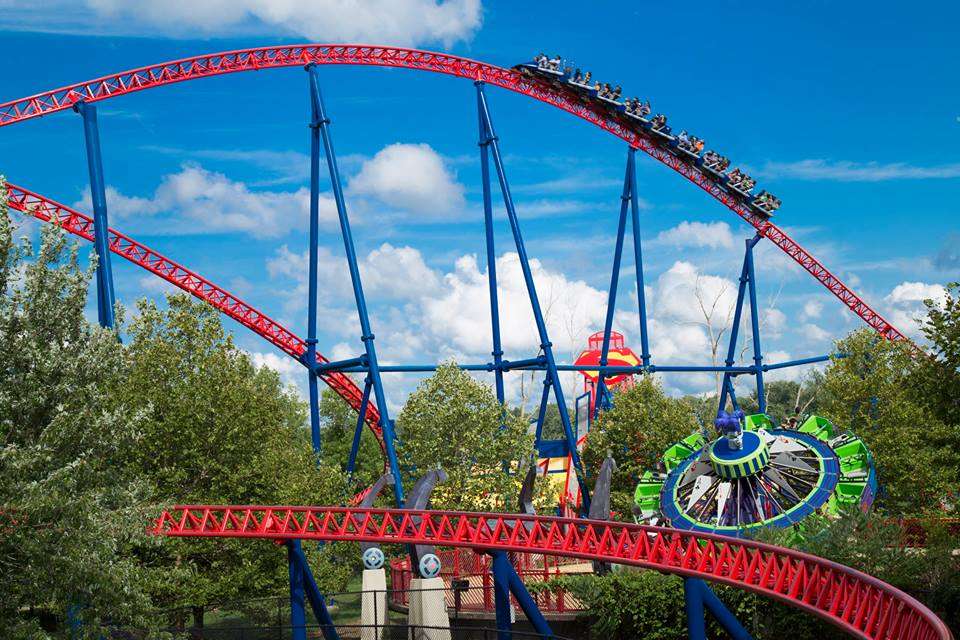 Peter Carmichael has been named Park President of Six Flags New England, the region’s largest theme park, effective January 1, 2018. He succeeds John Winkler who has taken over as Park President at Six Flags Great Adventure and Hurricane Harbor in New Jersey. The announcement is a homecoming for Carmichael as he served as the Operations Manager & Director at the New England property from 2004-2015. Carmichael is an avid theme park enthusiast with more than 20 years of industry experience.

Carmichael most recently served as Park President at Six Flags St. Louis in Missouri. He is committed to providing guests with exceptional thrills and customer service. “I am excited to rejoin New England’s largest theme park,” Carmichael said. ““I am eager to rejoin this experienced and passionate team as we continue to delight our guests with innovative, world-class rides and entertainment like the all-new Holiday in the Park that premiered in winter of 2017.”

Carmichael joined Six Flags Entertainment Corporation as an operations intern at Six Flags New England during its branding year in 2000 and launched one of the world’s most lauded steel coasters, SUPERMAN™ the Ride. Throughout his time at the “Thrill Capital of New England”, Carmichael quickly rose through the ranks, holding a variety of managerial roles including Rides Supervisor, Operations Manager and Operations Director.

Carmichael graduated from Penn State University with a degree in Commercial Tourism. During his career, he has participated as an instructor within industry safety seminars and leader within the company on several new initiatives and projects. In his free time, Carmichael enjoys visiting theme parks throughout the country with his family.

Joe Kleimanhttp://wwww.themedreality.com
Raised in San Diego on theme parks, zoos, and IMAX films, InPark's Senior Correspondent Joe Kleiman would expand his childhood loves into two decades as a projectionist and theater director within the giant screen industry. In addition to his work in commercial and museum operations, Joe has volunteered his time to animal husbandry at leading facilities in California and Texas and has played a leading management role for a number of performing arts companies. Joe previously served as News Editor and has remained a contributing author to InPark Magazine since 2011. HIs writing has also appeared in Sound & Communications, LF Examiner, Jim Hill Media, The Planetarian, Behind the Thrills, and MiceChat His blog, ThemedReality.com takes an unconventional look at the attractions industry. Follow on twitter @ThemesRenewed Joe lives in Sacramento, California with his wife, dog, and a ghost.
Share
Facebook
Twitter
Linkedin
Email
Print
WhatsApp
Pinterest
ReddIt
Tumblr
Previous article
Matthew Priddy to Oversee Themed Entertainment Projects for Cumming Corporation
Next article
Maurizio Capuzzo Joins Electrosonic as Vice President of Marketing