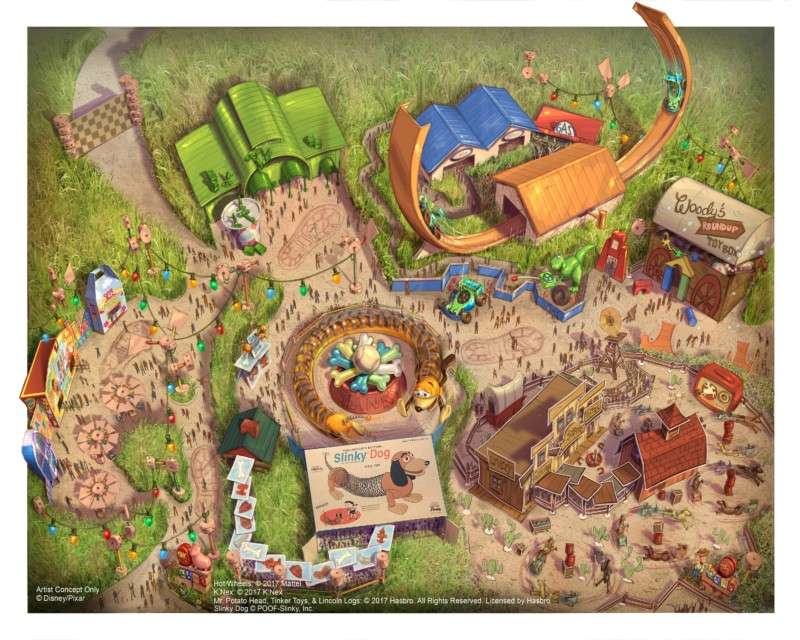 Based on the Disney Pixar motion picture series, Disney Toy Story Land will be a high-spirited, colorful world where guests will feel as if they’ve been shrunk down to the size of their favorite Toy Story toys for laughter and fun with family and friends in the backyard of Andy, the boy from the movies. Woody, Buzz and their Toy Story friends come to life and play in this fully immersive land, which features three new attractions and a uniquely themed character greeting area. 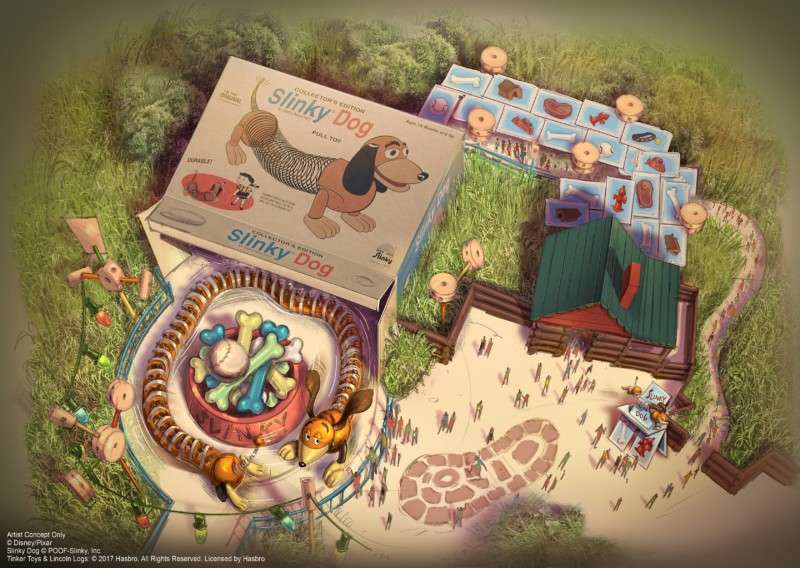 Slinky Dog Spin: Slinky Dog has been amusing the toys all day long by chasing his own tail round-and-round a giant dog dish filled with toy bones – and soon Shanghai Disneyland guests will be invited to become the “honorary toys” in Disney Toy Story Land, where they will be able to take a seat inside Slinky Dog’s springy spirals and race around a wavy roundabout. 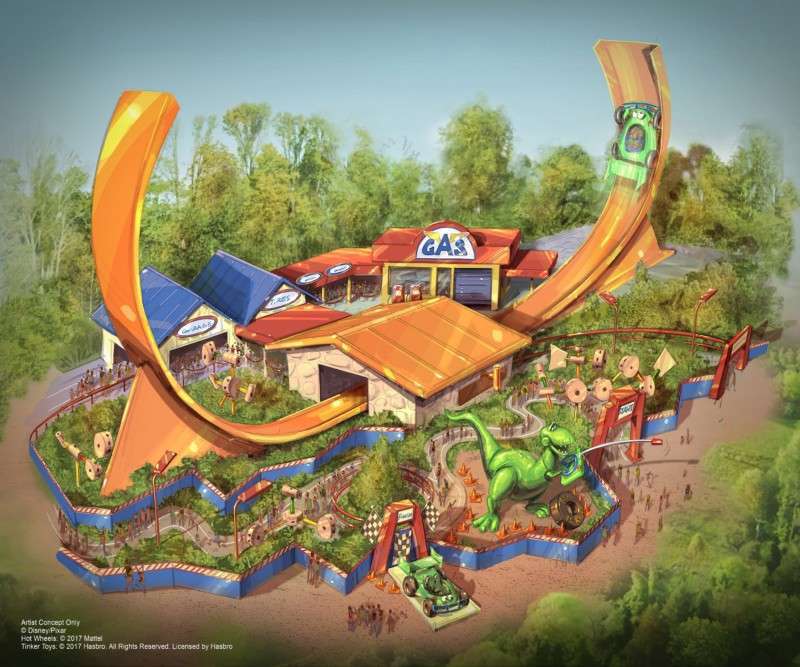 Rex’s Racer: Rex, Andy’s insecure Tyrannosaurus Rex toy enjoys playing with RC Racer almost as much as he likes playing video games. With help from his Triceratops friend Trixie, Rex will invite guests to climb into RC for a thrilling ride on the U-shaped track. With Rex at the controls, RC Racer, with guests aboard, zips forward and backward at ever increasing heights and exhilarating speed. 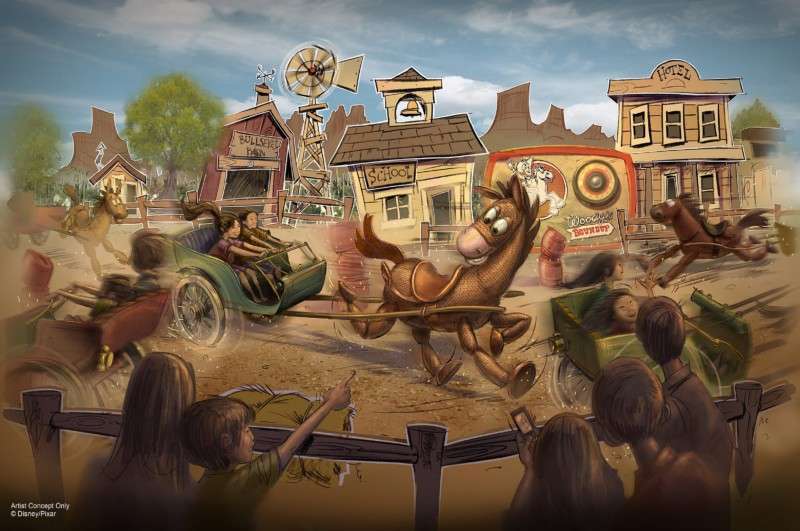 Woody’s Round-Up: Sheriff Woody has rounded up a herd of ponies, each one pulling a cart, in a ranch set up by Andy. Guests can climb aboard the carts as the ponies start a little square dance swinging their carts to and fro in time to the lively music.

Meeting Post: Next to Woody’s Round-Up is Old West, a town made up of a hitching post and façades for various enterprises, such as the sheriff’s office, the saloon and the bank. Here, guests can meet and pose for photos with some of their favorite Toy Story characters, including Woody, Jessie and Bullseye.

Guests can extend their Disney Toy Story Land experience with the fun, immersive shopping and dining opportunities in Al’s Toy Barn, the merchandise shop where some of Andy’s toys have been purchased, just like in the movie, and Toy Box Café, a restaurant themed to Andy’s packing boxes for Buzz Lightyear, Mr. and Mrs. Potato Head and Lotso Hugging Bear.

Characters and stories from the Toy Story franchise have strongly resonated with Chinese guests. Shanghai Disney Resort has the only Toy Story-themed hotel in the world, while Shanghai Disneyland is home to the popular Buzz Lightyear Planet Rescue attraction, a guest favorite which features the most advanced Buzz Lightyear targeting system at any Disney park in the world.

With unique experiences guests can only enjoy at Shanghai Disneyland, the new Disney Toy Story Land is set to open by summer 2018.

Joe Kleimanhttp://wwww.themedreality.com
Raised in San Diego on theme parks, zoos, and IMAX films, Joe Kleiman would expand his childhood loves into two decades as a projectionist and theater director within the giant screen industry. In addition to his work in commercial and museum operations, Joe has volunteered his time to animal husbandry at leading facilities in California and Texas and has played a leading management role for a number of performing arts companies. Joe has been News Editor and contributing author to InPark Magazine since 2011. HIs writing has also appeared in Sound & Communications, LF Examiner, Jim Hill Media, and MiceChat. His blog, ThemedReality.com takes an unconventional look at the attractions industry. Follow on twitter @ThemesRenewed Joe lives in Sacramento, California with his fiancé, two dogs, and a ghost.
Share
Facebook
Twitter
Linkedin
Email
Print
WhatsApp
Pinterest
ReddIt
Tumblr
Previous articleEfteling Employs VR Solution to Enable Disabled Guests to Experience Landmark Attraction
Next article7thSense Design Introduces New Media Technology to Radio City’s Christmas Spectacular