The Company is pleased to announce that as at 30 June 2017, the main concrete structures of the major animal exhibition venues, animal performance venues, auxiliary theme hotels, theme restaurants and parking lots of the Shanghai Project have been topped out. The construction of all the main structures of the premises of the Shanghai Project has been completed. 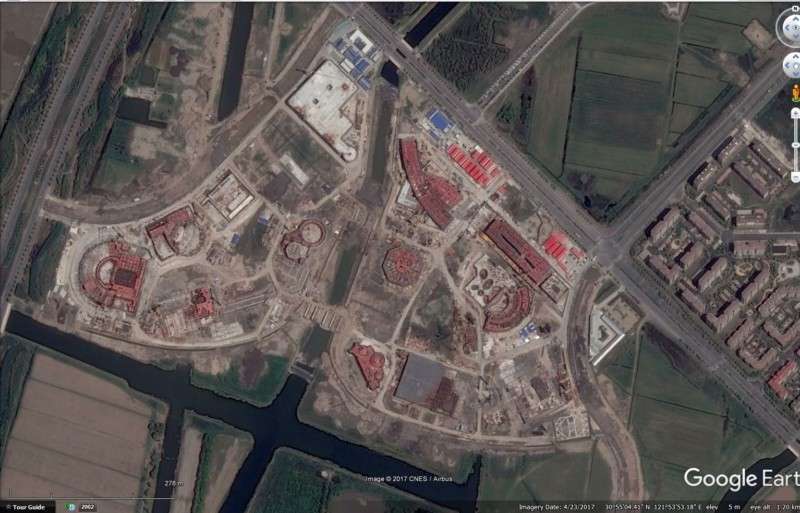 According to the 《臨港地區中長期發展計劃》(“Medium and Long-Term Development Plan of the Lingang Area*”) issued by the Shanghai Municipal People’s Government, the Lingang Area, in which the Shanghai Project is located, will serve as a demonstration base of the new marine tourism industry of China. In addition, the auxiliary facilities, highways and rail transportation system around the Shanghai Project continue to improve. Shanghai’s second largest passenger railway station, Shanghai East Railway Station, will also be built in the Pudong New District in Shanghai. Various tourism projects will also be developed in the Lingang area. The Company believes that the Lingang area will become a new tourist spot in Shanghai.

Joe Kleimanhttp://wwww.themedreality.com
Raised in San Diego on theme parks, zoos, and IMAX films, InPark's Senior Correspondent Joe Kleiman would expand his childhood loves into two decades as a projectionist and theater director within the giant screen industry. In addition to his work in commercial and museum operations, Joe has volunteered his time to animal husbandry at leading facilities in California and Texas and has played a leading management role for a number of performing arts companies. Joe previously served as News Editor and has remained a contributing author to InPark Magazine since 2011. HIs writing has also appeared in Sound & Communications, LF Examiner, Jim Hill Media, The Planetarian, Behind the Thrills, and MiceChat His blog, ThemedReality.com takes an unconventional look at the attractions industry. Follow on twitter @ThemesRenewed Joe lives in Sacramento, California with his wife, dog, and a ghost.
Share
Facebook
Twitter
Linkedin
Email
Print
WhatsApp
Pinterest
ReddIt
Tumblr
Previous articleVIDEO: USA National Day Ceremony at EXPO Astana 2017
Next articleBranson Landing bringing new experiences (and an alpine coaster) to Missouri