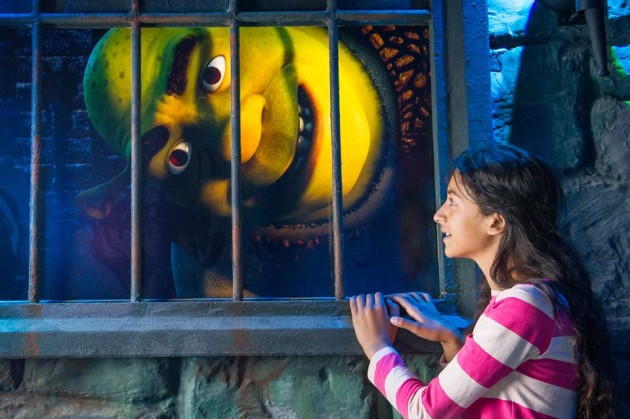 London, UK — Over 400 people have worked for more than two years to create a new World first visitor experience from Merlin Entertainments – SHREK’S ADVENTURE! – the first of which opened July 1 on London’s South Bank. 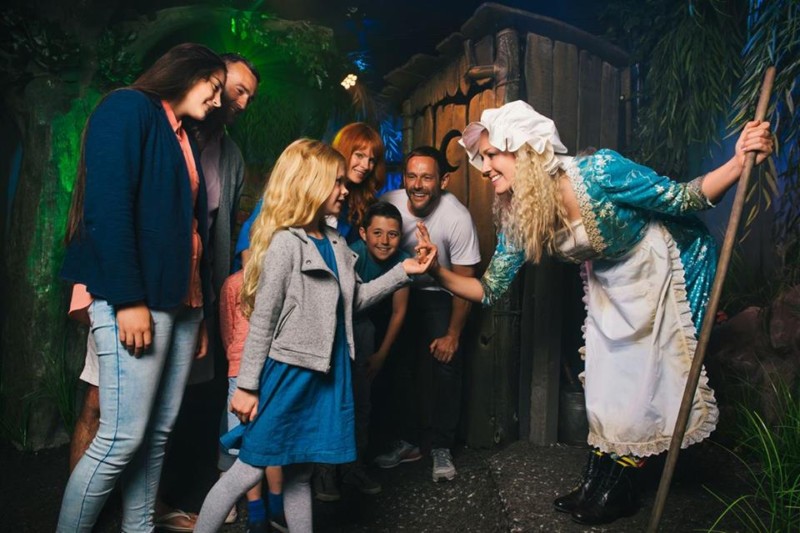 The result of a unique partnership between Merlin and DreamWorks Animation, the attraction features a cast of favorite DreamWorks characters as they have never been seen before, with original scripts, sets and animation all created just for the attraction. As final adjustments were feverishly being made the night before opening following a series of very successful media preview events, a team of technicians, animators, model makers, artists and set designers applied the finishing touches to the fantastical story telling experience, bringing to life the world of Shrek and his DreamWorks friends ready for the first visitors. 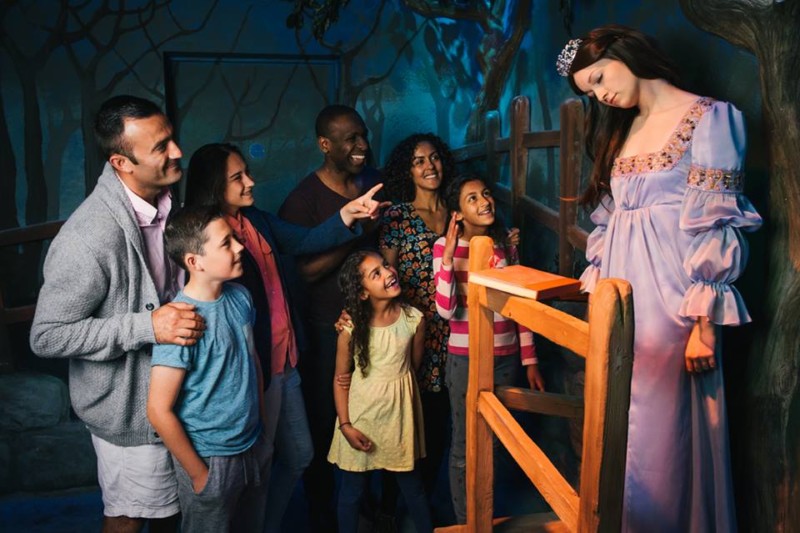 “There really is nothing like this anywhere else in the world and we cannot wait for people to come through the doors,” said Paul Moreton, Group Creative Director at Merlin Entertainments whose team at Merlin Magic Making has developed the experience in close collaboration with DreamWorks. “We’re telling a totally new story, in a totally new way and guests can really play their part by stepping into the action and taking a starring part. The ‘tour’ kicks off with a flight across London in a magical flying bus – a simulator ‘ride’ with some seriously amazing new DreamWorks animation. There’s plenty more ground breaking special effects throughout the attraction as the story unfolds and guests embark on a quest taking them through the Land of Far Far Away. Even when they’ve successfully completed their quest and have found their way back to London there is plenty more fun to be had. DreamWorks characters, including SHREK himself of course, are there to meet you including Toothless the Dragon and Hiccup, the Penguins of Madagascar and the larger than life Kung Fu Panda himself, Po.” 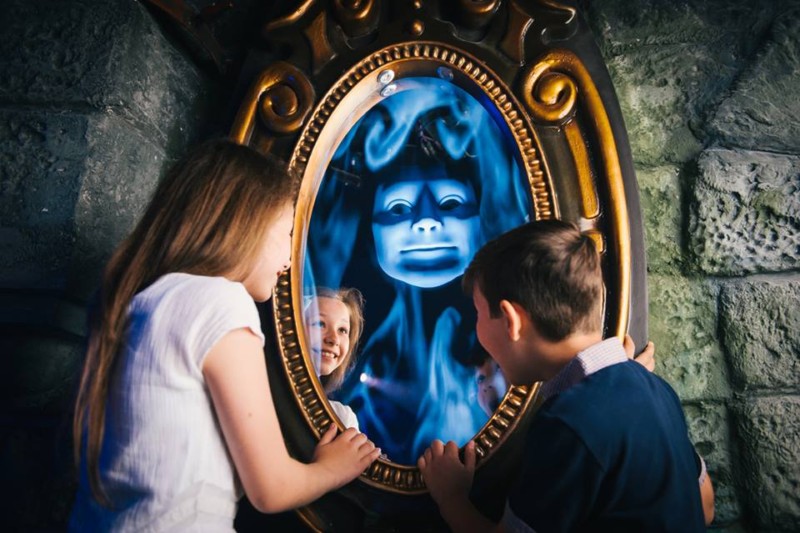 The 75 minute ‘DreamWorks Tour’ combines live action and iconic sets from the Shrek films, an amazing 4D flying bus simulator “ride”, jaw-dropping cutting edge special effects, live action and actors, new and hysterically funny animation….all complementing completely new DreamWorks scripts written just for the attraction. But visitors have to wait until the end to see one of the biggest installation jobs in the project, the gargantuan eight metre wide model of How to Train Your Dragon’s famous Seadragonus Giganticus Maximus, Toothless, who soars above visitors’ heads complete with his Viking Dragon rider, Hiccup. The huge flying dragon took a team of six, a full three days to complete…but as Paul Moreton says, it was worth every, at times terrifying, second. 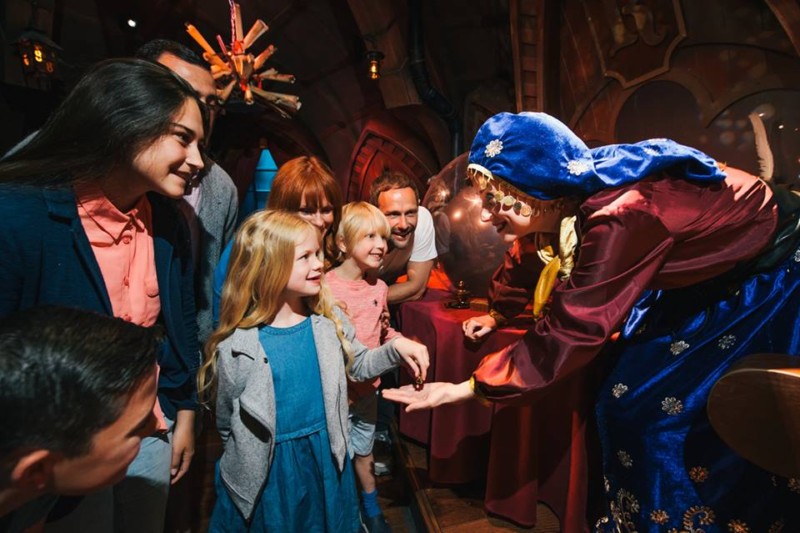 The new attraction is situated in County Hall on London’s South Bank, alongside three other iconic Merlin attractions – SEA LIFE London Aquarium, the London Dungeon and the Coca Cola London Eye. It is also not only Merlin 110th global attraction to open but the first new midway attraction concept the company has launched since it opened the first LEGOLAND Discovery Centre in Berlin in 2007. SHREK Adventure! London is also the first in an international roll out which will see Merlin open DreamWorks Tours experiences in at least five other locations around the world over the next nine years

Joe Kleimanhttp://wwww.themedreality.com
Raised in San Diego on theme parks, zoos, and IMAX films, InPark's Senior Correspondent Joe Kleiman would expand his childhood loves into two decades as a projectionist and theater director within the giant screen industry. In addition to his work in commercial and museum operations, Joe has volunteered his time to animal husbandry at leading facilities in California and Texas and has played a leading management role for a number of performing arts companies. Joe previously served as News Editor and has remained a contributing author to InPark Magazine since 2011. HIs writing has also appeared in Sound & Communications, LF Examiner, Jim Hill Media, The Planetarian, Behind the Thrills, and MiceChat His blog, ThemedReality.com takes an unconventional look at the attractions industry. Follow on twitter @ThemesRenewed Joe lives in Sacramento, California with his wife, dog, and a ghost.
Share
Facebook
Twitter
Linkedin
Email
Print
WhatsApp
Pinterest
ReddIt
Tumblr
Previous articleA.C.T. Lighting Moves to Larger Facility
Next articleDEAL 2016 Organizer IEC Reports on Strong Growth Trajectory for UAE Parks