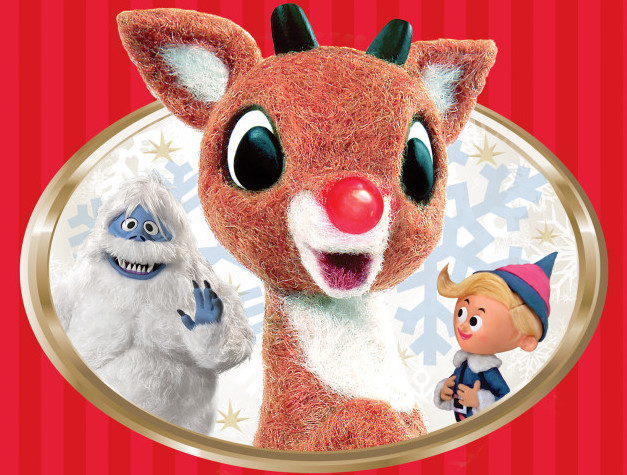 Los Angeles, CA, USA (November 17, 2015) – The beloved animated television classic Rudolph the Red-Nosed Reindeer is currently in production for a Holiday 2016 release as a 4-D Experience.  The show will be featured at family-friendly venues including museums, zoos, aquariums and theme parks starting in November 2016. A first-look trailer was released today at the start of the IAAPA Attractions Expo by exclusive distributor SimEx-Iwerks Entertainment.

The production will be recreated in traditional stop motion puppet animation in partnership with Bent Image Lab – the studio has a long-standing history of work with the Rankin Bass characters. Featured in high definition 3-D, Rudolph the Red-Nosed Reindeer 4-D will be more visually brilliant than ever before while preserving the authenticity of this pristine franchise.

“The story’s focus is on Rudolph’s heroic journey,” said Chel White, Partner and Director, Bent Image Lab. “To integrate in-theater special effects, we have embellished scenes to add thrills along the way but overall we are staying very true to the spirit of the original show.”

Guests will recognize classic songs and dialogue brought to life by loveable, iconic characters – the Abominable Snow Monster, Hermey the elf, Santa Claus and, of course, “the most famous reindeer of all.”

“Rudolph is a timeless holiday classic and we are excited and honored to bring it to our clients around the world as an immersive cinematic 4-D experience,” said Mike Frueh, Senior Vice President, Licensing and Distribution, SimEx-Iwerks Entertainment. “It is a tremendous addition to our film library. We are confident that this show will drive traffic and increase performance for our partners’ Holiday promotions.”

Rudolph the Red-Nosed Reindeer premiered in 1964. It is the longest running and highest rated Christmas television program. The story tells the tale of a young Rudolph who, because of the appearance of his bright, shining nose, it ousted from Christmas-town. He flees town and meets new friends on a series of funny and endearing adventures. Rudolph journeys home, where a snowstorm of epic proportions is threatening Christmas. Can Rudolph save his family and friends and help Santa save the holiday?

Joe Kleimanhttp://wwww.themedreality.com
Raised in San Diego on theme parks, zoos, and IMAX films, InPark's Senior Correspondent Joe Kleiman would expand his childhood loves into two decades as a projectionist and theater director within the giant screen industry. In addition to his work in commercial and museum operations, Joe has volunteered his time to animal husbandry at leading facilities in California and Texas and has played a leading management role for a number of performing arts companies. Joe previously served as News Editor and has remained a contributing author to InPark Magazine since 2011. HIs writing has also appeared in Sound & Communications, LF Examiner, Jim Hill Media, The Planetarian, Behind the Thrills, and MiceChat His blog, ThemedReality.com takes an unconventional look at the attractions industry. Follow on twitter @ThemesRenewed Joe lives in Sacramento, California with his wife, dog, and a ghost.
Share
Facebook
Twitter
Linkedin
Email
Print
WhatsApp
Pinterest
ReddIt
Tumblr
Previous articleAttraktion! Completes 600 Seat 4D Theater at LEWA Wonderland in China
Next articleBusch Gardens Tampa Gives a Fresh Spin to Cobra’s Curse with New Details