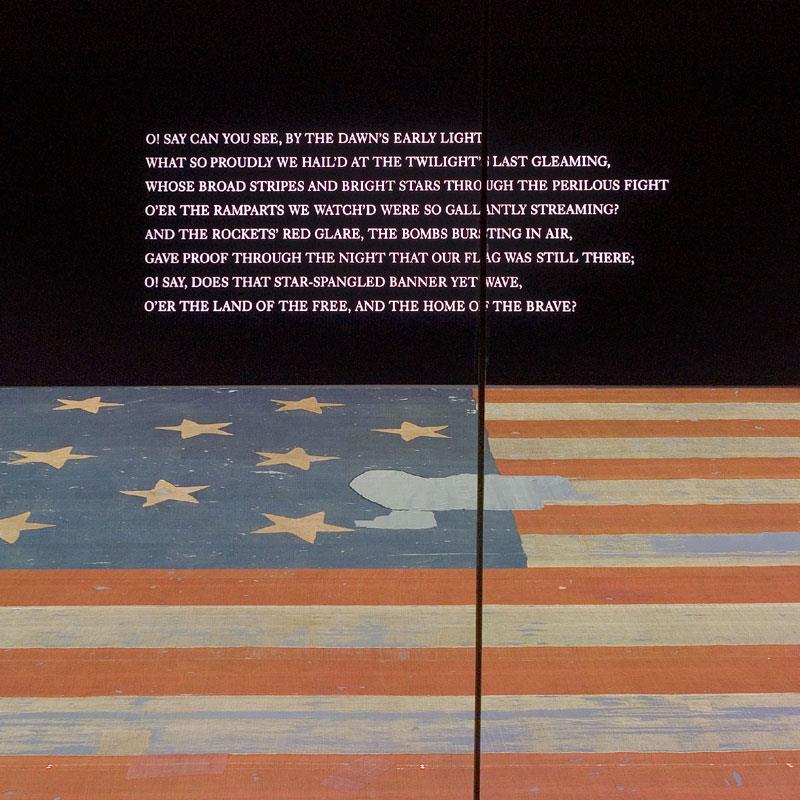 [quote]It is an honor for the museum to be the home of the Star-Spangled Banner and to preserve it for future generations.” — John L Gray, Director, National Museum of American History[/quote]

Washington, DC, USA (May 7, 2014) — Notable celebrities are supporting the National Museum of American History in celebrating the 200th anniversary of the Star-Spangled Banner. Artists such as Aloe Blacc, Renée Fleming, Angie Johnson and Brian McKnight are encouraging Americans to take part in the museum’s coast-to-coast celebration. “Raise it Up! Anthem for America,” held on Flag Day, June 14, is a national sing-a-long event for people to come together and sing their anthem at 4 p.m. EDT. Details are at anthemforamerica.si.edu.

The National Park Service, Little League International, Girl Scout Council of the Nation’s Capital, the National Civic League, the John F. Kennedy Center for the Performing Arts and Chorus America are among more than 50 partners bringing audiences across the nation together for this celebration. Select Macy’s flagship stores in Chicago, New York, Philadelphia and Washington, D.C., will host anthem tributes showcasing the “Raise it Up!” campaign in store windows, on social media and with special events, including sing-a-longs.

“Two hundred years ago, Francis Scott Key, inspired by the sight of the flag’s ‘broad stripes and bright stars,’ wrote a song that gave new significance to a national symbol and started a tradition through which Americans have invested the flag with their own meaning and memories,” said John L. Gray, director of the museum.

Joe Kleimanhttp://wwww.themedreality.com
Raised in San Diego on theme parks, zoos, and IMAX films, InPark's Senior Correspondent Joe Kleiman would expand his childhood loves into two decades as a projectionist and theater director within the giant screen industry. In addition to his work in commercial and museum operations, Joe has volunteered his time to animal husbandry at leading facilities in California and Texas and has played a leading management role for a number of performing arts companies. Joe previously served as News Editor and has remained a contributing author to InPark Magazine since 2011. HIs writing has also appeared in Sound & Communications, LF Examiner, Jim Hill Media, The Planetarian, Behind the Thrills, and MiceChat His blog, ThemedReality.com takes an unconventional look at the attractions industry. Follow on twitter @ThemesRenewed Joe lives in Sacramento, California with his wife, dog, and a ghost.
Share
Facebook
Twitter
Linkedin
Email
Print
WhatsApp
Pinterest
ReddIt
Tumblr
Previous articlePGAV Brings Angkor to Life at PortAventura With World’s Longest Interactive Boat Adventure
Next articleIAAPA Cites Innovative Coasters and Waterpark Attractions Among 2014 Trends