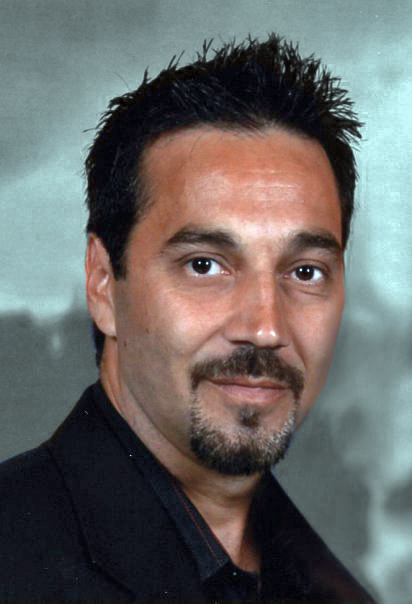 [quote]My experience in various aspects of entertainment is a good match for Electrosonic’s roster of innovative projects and will help forge new business relationships while delivering the next generation of groundbreaking experiences.” — Tony Miceli[/quote]

Los Angeles, CA, USA — Electrosonic is pleased to announce that Tony Miceli has joined the company as Executive Consultant working with the Entertainment sales and the Design Consulting teams. Tony will be based in Electrosonic’s Orlando office.

Tony has been a leader in the entertainment industry for more than 25 years. He cofounded Soundelux Entertainment Group in Hollywood, California, and Orlando, Florida, in 1991 and, as its president, was the driving force behind their theme park creative development, audio-visual technologies design and installations, sound design, video and animation production and their Academy Award-winning feature film soundtracks. For the last ten years he has run his own company, Tony Miceli Creative, LLC., and worked as the Creative Media Director and Producer for Universal Creative.

“Tony has a very unique skill set that will be a big asset to our Entertainment business,” notes Chris Conte, Electrosonic’s VP of Entertainment. “He has extensive experience in audio and video system design, sound design and mixing and show programming. Tony is also an accomplished writer, director and producer of content with a focus on projection mapping and visual experiences. His direct experience in media creation, including audio composition, video, animation and graphics, will allow us to support our clients and also support our creative media associates in a variety of ways.”

Tony will work in concert with the design, sales and management teams to build and maintain new client relationships, perform senior level design consulting services, and develop business for existing and new markets.

“I am very excited to be joining Electrosonic and look forward to what the future holds,” says Miceli. “I have had the great fortune of participating in some benchmark setting projects over the years, working side by side with the Electrosonic team, and I’ve always been impressed with the quality and professionalism they have consistently delivered.”

While with Universal Creative, Tony worked with the theme park design development team on Universal Studios Dubailand. Also at Universal Creative, Tony was Music Director and Sound Producer, responsible for all sound effects, music selections, editing and mixing for all of “The Wizarding World of Harry Potter” land, including “Harry Potter and The Forbidden Journey,” “Dragon Challenge” and “Flight of the Hippogriff.”

Many of the Brooklyn native’s projects have received Thea and Telly Awards, including “Terminator 2 3D,” “Men in Black: Aliens Attack,” ‘Daytona USA,” and “The Amazing Adventures of Spider-Man – The Ride” to name just a few. In 1995, his company Soundelux won an Academy Award for sound effects editing for “Braveheart.”

Joe Kleimanhttp://wwww.themedreality.com
Raised in San Diego on theme parks, zoos, and IMAX films, InPark's Senior Correspondent Joe Kleiman would expand his childhood loves into two decades as a projectionist and theater director within the giant screen industry. In addition to his work in commercial and museum operations, Joe has volunteered his time to animal husbandry at leading facilities in California and Texas and has played a leading management role for a number of performing arts companies. Joe previously served as News Editor and has remained a contributing author to InPark Magazine since 2011. HIs writing has also appeared in Sound & Communications, LF Examiner, Jim Hill Media, The Planetarian, Behind the Thrills, and MiceChat His blog, ThemedReality.com takes an unconventional look at the attractions industry. Follow on twitter @ThemesRenewed Joe lives in Sacramento, California with his wife, dog, and a ghost.
Share
Facebook
Twitter
Linkedin
Email
Print
WhatsApp
Pinterest
ReddIt
Tumblr
Previous articleNew Wayfinding Signage Introduced to St. Louis’ Forest Park
Next articleTEA Eastern Division Gets Up Close and Personal with Hippos in a Unique Multimedia Habitat