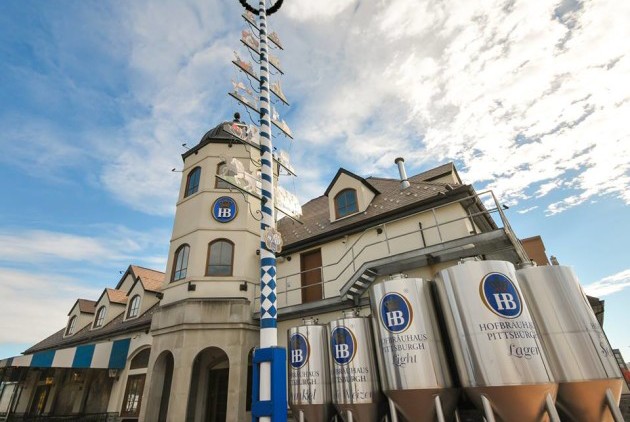 ABOVE: Hofbräuhaus Pittsburgh, venue for the SATE 2015 Arrival Mixer

Burbank, CA, USA (July 28, 2015) — The Themed Entertainment Association (TEA) announced six sessions and speakers for TEA’s SATE 2015 conference, Sept 17-18 at Carnegie Mellon University in Pittsburgh. More speakers and program information will be released shortly. Information on mixers during the conference has also been released and appears at the end of this notice.

TEA’s annual SATE conference was created in 2007 to foster professional dialog about the methodology of Experience Design. SATE reaches across a broad range of creative disciplines and market sectors within the attractions industry. The SATE acronym stands for Story + Architecture + Technology = Experience. SATE also alludes to a collaborative culture of production, in which designers, technologists, producers, developers and operators work closely together from the early stages of a project, in a team structure often more horizontal than hierarchical.

“The Art of the Extended Diversion” (Architecture segment) 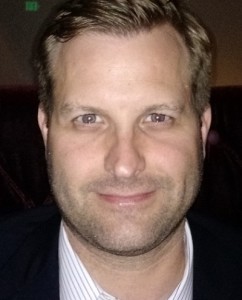 Purpose-driven visits are exactly the opposite of what entertainment designers target. Instead, they focus on creating longer visits, extending the opportunities to linger and enriching the overall experience to make it more satisfying. By doing this, there is greater revenue potential, and more importantly, more opportunity to make a connection with visitors. Matt Earnest looks at out-of-the-box, successful current examples of extended diversions. He discusses secret cinema: a premium movie concept that lets guests get into character and experience the world of their favorite movie. As well, he talks about Crayola’s success with brand immersion in experiential retail environments.

“The Distortion of Time and Place” (Architecture segment) 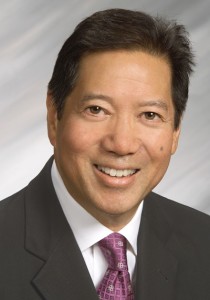 Transporting people out of their everyday lives into an exotic experience can leave them feeling pleasantly disoriented. By telling a story, using the architecture, landscape and onsite elements, a space can become something magical. Thomas Fo talks about how the element of discovery is key to planning properties that evoke a sense of wonderment, especially in locations such as the Venetian Hotel in Las Vegas. The design of  Venetian Canal Shoppes utilizes a series of twists and turns that create an element of surprise at every turn that leave people not knowing what to expect next. He also talks about how the Grand Floridian Hotel in Florida transport guests back to Victorian times while the Aulani Hotel in Hawaii captures the essence of a true tropical Hawaiian paradise.

After graduation from the Southern California Institute of Architecture in Santa Monica, Thomas Fo practiced with several California architectural firms in both design and management positions. Since joining WATG in 1985, Thomas has worked in key roles on most of the firm’s high profile gaming projects including: the 3,036-room Venetian Resort-Hotel-Casino and Grand Canal Shoppes in Las Vegas; and the Tropicana Casino and Resort in Atlantic City, a 500-room casino hotel with retail, dining and entertainment venues. Thomas has led design efforts on numerous major themed hotels and resorts around the globe, and has served as senior project designer for several completed Disney projects including: Disney’s Grand Floridian Beach Resort at Walt Disney World, Florida; The Disneyland Paris Hotel; the Hong Kong Disneyland Hotel; and the Tokyo Disneyland Hotel, Japan. He has recently directed design efforts on the Cotai Mixed Use Entertainment Project Macau, China; Dalian Castle Starwood Luxury Collection, Chongming Island Resort in Shanghai; and Disney’s Aulani Resort in Hawaii. 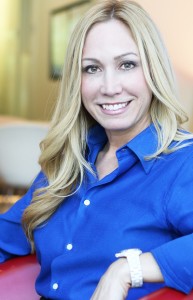 Deanna Francl’s presentation will examine current trends in storytelling and our culture, and where we and these trends may be heading, looking at the changing ways that storytelling is integrated into spaces; at architecture as more than a function of space and theming; and exploring meaningful examples.

In her work as a Firmwide Brand Design Leader, Deanna brings strategic insights that result in innovative and powerful brand strategies and differentiated user experiences that foster human connections. Deanna collaborates with teams and clients to create emotional connections with people, immersing herself in her clients’ businesses to focus on unleashing the hidden potential of a place, an idea or an experience. Her work has earned awards from the International Interior Design Association, American Institute of Architects and American Institute of Graphic Arts. A member of the Society for Experiential Graphic Design (SEGD), Deanna holds a B.A. from Bowling Green Street University, participated in the Duke University Executive Leadership Program, and is currently pursuing her MBA at Georgetown University. 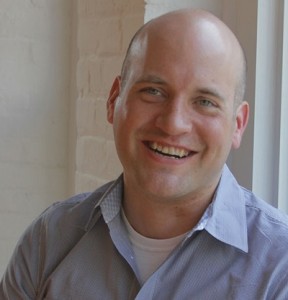 Continuing the examination of trends in storytelling and our culture, Grady will provide disruptive and constructive storytelling examples and discuss the evolution of storytelling experience in a culture where anyone/everyone can now participate. Because individuals can now craft or redefine a narrative, insert themselves into the story, etc., storytelling happens in new ways in a variety of experience destinations, including sports venues.

James Grady has over fifteen years of design experience, and a master’s degree in Graphic Design from the Rhode Island School of Design. He has been working with Fathom for more than four years, and spent the previous eleven years at a strategic branding firm in Boston. At Fathom, James leads projects for clients such as the Bill & Melinda Gates Foundation, The Clinton Foundation, Google, Nike, Samsung, and Volkswagen. James enjoys regaling the other Fathomites with tales of his youth in Rhode Island and his love for ’70s movies and pop culture. He’s even managed to translate his affinity for Jaws and Rocky into interesting research projects at Fathom. When he’s not at work, he’s happiest spending time with his wife, Christina, and their daughters, Joy and Flora. 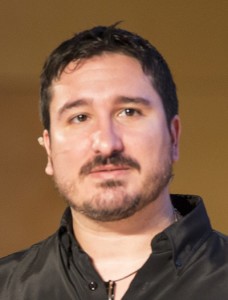 This conversation will look at using brain waves to control “things” – from the simple alpha wave reading cats’ ears to racing cars. Hebert will introduce you to a whole new way of interaction with your guests. He will be doing some practical demonstrations. Find out about “Cat Mind Control.”

As a pioneering Multimedia Engineer based in Spain, Richard Hebert has an extensive background in new media, having managed and/or developed more than 700 projects in the last 15 years. In that time, he has had all the possible roles inside a company: developer, programmer, 3D artist, animator, analyst, project manager, director and CEO. He has defined and raised two important facilities: the MediaLab La Salle, a singular lab focused on AR, VR, videogames and mocap, and BLOOM, a state-of-the-art technology center, focused on 3D and emergent technologies. At present, Richard is the director of BLOOM. He is now specializing in interactive installations, HCI, BCI, AR, VR, gamification, wearables and videogames, and focuses his efforts as a respected consultant and as an academic coordinator and lecturer at ENTI-UB, working closely with and helping to foster the next generation of creatives.

“The Drones are Coming!” (Technology segment) 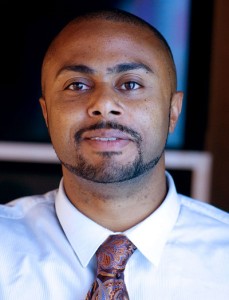 Exploring the use of drone technology and how it’s changing the rules for the industry.

Chris works closely with world-renowned photographers and visual storytellers at the Annenberg Space for Photography, the first solely photographic cultural destination in Los Angeles. With 15 years of extensive audio/video training, he has helped to ensure the highest quality guest experience for a wide range of companies. Chris has worked across the industry on a variety of projects ranging from development and design of 4K workflows and playback systems to multi-camera production studios and now is a trained UAV Pilot.

Joe Kleimanhttp://wwww.themedreality.com
Raised in San Diego on theme parks, zoos, and IMAX films, InPark's Senior Correspondent Joe Kleiman would expand his childhood loves into two decades as a projectionist and theater director within the giant screen industry. In addition to his work in commercial and museum operations, Joe has volunteered his time to animal husbandry at leading facilities in California and Texas and has played a leading management role for a number of performing arts companies. Joe previously served as News Editor and has remained a contributing author to InPark Magazine since 2011. HIs writing has also appeared in Sound & Communications, LF Examiner, Jim Hill Media, The Planetarian, Behind the Thrills, and MiceChat His blog, ThemedReality.com takes an unconventional look at the attractions industry. Follow on twitter @ThemesRenewed Joe lives in Sacramento, California with his wife, dog, and a ghost.
Share
Facebook
Twitter
Linkedin
Email
Print
WhatsApp
Pinterest
ReddIt
Tumblr
Previous articlePGAV Destinations Celebrates Ten Year Anniversary of Saint Charles Convention Center
Next articleSan Diego Zoo Breaks Ground on $68 Million Africa Rocks Exhibit