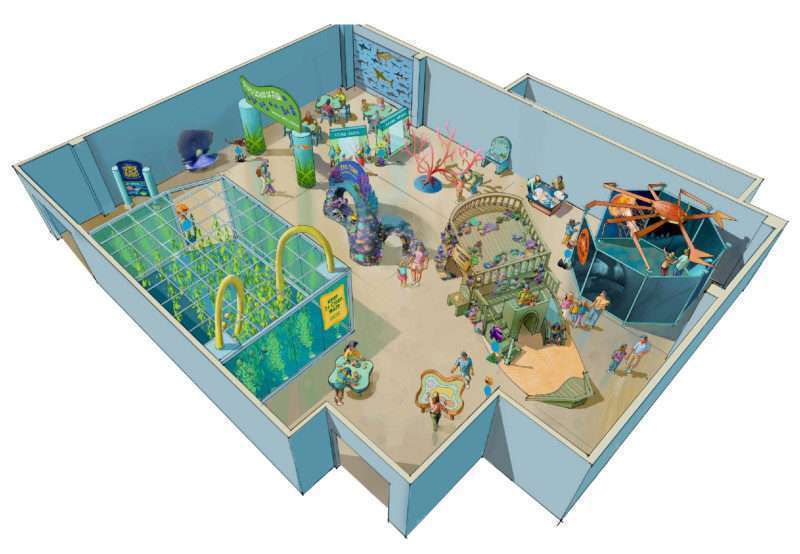 Families can “dive in” to the new year with The Magic House’s newest exhibit, Splash and Bubbles: Dive In, Lend a Fin! opening January 19. The new exhibit is based on the popular PBS KIDS TV show, Splash and Bubbles, a hit animated series that encourages children to explore ocean science and marine biology through character-driven comedy. The series is co-produced by The Jim Henson Company and Herschend Entertainment Studios. The new exhibition builds on kids’ connections to the characters and their habitats, immersing them in a larger-than-life marine environment and introducing them to the incredible world of ocean exploration. 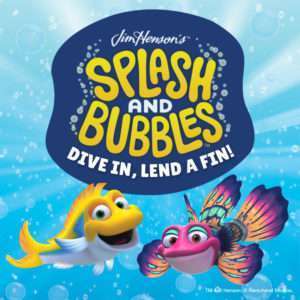 While exploring the early childhood STEM (Science, Technology, Engineering and Math) based exhibit, children will be encouraged to build both scientific inquiry and social-emotional skills as they learn how to protect the ocean and its ecosystems.  Ocean conservation is a key message within the exhibit, encouraging families, especially in the landlocked Midwest, to understand that they can create “a small ripple to help our big ocean.” Featuring a variety of hands-on exhibit components, Splash and Bubbles: Dive In, Lend a Fin! invites children to discover a whole new world as they navigate an under-the-sea maze in a kelp forest, explore a sunken ship that has become an artificial reef, interact with puppet characters created by Jim Henson’s Creature Shop, become a Reeftown Ranger to learn to protect the ocean, and more.

In celebration of the exhibit, The Magic House is hosting a Splash and Bubbles Breakfast on Sunday, January 27 from 9:00 am to 11:00 am. Guests will have a whale of a time as they nibble on some delicious food, make fish faces at a photo booth, participate in some very fishy art activities, explore the mu“sea”um and enjoy private playtime in the new exhibit. The cost to attend the Splash and Bubbles Breakfast is $22 per person ($15 per person for members) and is non-refundable. Reservations can be made online at www.magichouse.com or by calling 314.822.8900.

Splash and Bubbles: Dive In, Lend a Fin! is made possible thanks to generous support from Tim and Elizabeth Swank, Anna and Jim McKelvey and the Graybar Foundation. Local media sponsorship provided by the Nine Network. The exhibit will be at The Magic House January 19 through May 12 and is free with Museum admission. Following a three-month run at The Magic House, the exhibit will travel to children’s museums and science centers throughout the country.

Joe Kleimanhttp://wwww.themedreality.com
Raised in San Diego on theme parks, zoos, and IMAX films, InPark's Senior Correspondent Joe Kleiman would expand his childhood loves into two decades as a projectionist and theater director within the giant screen industry. In addition to his work in commercial and museum operations, Joe has volunteered his time to animal husbandry at leading facilities in California and Texas and has played a leading management role for a number of performing arts companies. Joe previously served as News Editor and has remained a contributing author to InPark Magazine since 2011. HIs writing has also appeared in Sound & Communications, LF Examiner, Jim Hill Media, The Planetarian, Behind the Thrills, and MiceChat His blog, ThemedReality.com takes an unconventional look at the attractions industry. Follow on twitter @ThemesRenewed Joe lives in Sacramento, California with his wife, dog, and a ghost.
Share
Facebook
Twitter
Linkedin
Email
Print
WhatsApp
Pinterest
ReddIt
Tumblr
Previous articleJora Vision creating new immersive attraction on history of winemaking for Hameau Dubœuf
Next articlePanasonic providing digital cameras, projection, and displays for Criss Angel’s new MINDFREAK show at Planet Hollywood