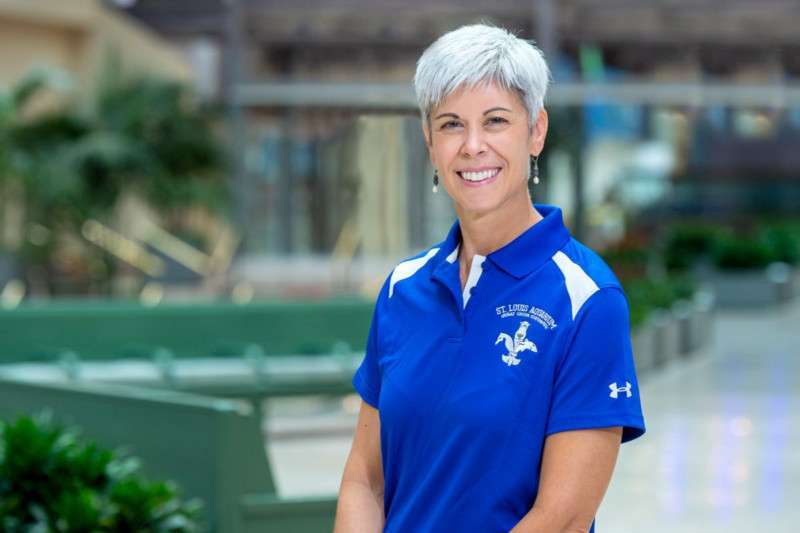 The St. Louis Aquarium at Union Station announces the appointment of Tamera (Tami) Lash Brown as Executive Director of the soon-to-open attraction. Brown comes to St. Louis from her position as General Manager of the Greater Cleveland Aquarium in Ohio.  In her new role, Brown will work with Aquarium owner, Lodging Hospitality Management (LHM), and operator, zoOceanarium Group LLC, to provide an outstanding experience for the attraction’s visitors and to set the vision, overall direction and operational standards for the Aquarium.

The St. Louis Aquarium at Union Station is the centerpiece of a $187 million family entertainment complex currently under construction in downtown St. Louis. The Aquarium, the St. Louis Wheel and other attractions are being built under the 500,000-square-foot National Historic Landmark train shed at Union Station. Celebrating its 125th anniversary in 2019, Union Station opened in 1894 as the biggest and busiest train terminal in the nation.

Brown has spent her career working with attractions in the museum and tourism industries. In addition to her work opening and leading the aquarium in Cleveland, Brown has promoted and operated attractions in Northeast Ohio, ranging from the Western Reserve Historical Society and the Center for Contemporary Art to the Cleveland Museum of Art and Cleveland International Film Festival.

Prior to joining the Greater Cleveland Aquarium, she was Vice President of Marketing at Positively Cleveland, the non-profit organization dedicated to driving economic vitality for the region through tourism. In addition, Brown has been President of the Board of Directors of the Ohio Travel Association. She holds a BA from Miami University of Ohio.

Steve O’Loughlin, President and COO of Aquarium owner LHM, welcomes Brown to St. Louis. “As we get closer to opening, it’s important to have a dynamic team in place that will deliver the kind of amazing experience our future guests expect and who will build on the extreme excitement growing in the community for the Aquarium,” said O’Loughlin. “We are thrilled that someone with Tami’s experience in the tourism industry is joining us.”

Chris Davis, Managing Partner of zoOceanarium Group LLC, says he is pleased with the progress of the Aquarium and excited about the company’s St. Louis team expanding with the addition of Brown. “With Tami’s move to St. Louis as Executive Director we have a strong leadership team on site to oversee the aquarium as we transition from construction to opening day in December 2019.” Davis said. Brown joins zoOceanarium’s Curator Aaron Sprowl and Projects Director Erin Clark who have been in St. Louis on the aquarium opening team during the facility’s development.

The 120,000-square-foot, two-story aquarium will open in December 2019. Featuring one-of-a-kind exhibits that will house 13,000 aquatic species from the rivers and oceans of the world, the Aquarium will manage environments built around a million gallons of water. Prior to the Aquarium’s debut, the St. Louis Wheel, a 200-foot-tall observation wheel under construction at Union Station, will open in October 2019 along with a whimsical carousel, an 18-hole mini-golf course and the St. Louis Union Station Soda Fountain. The new attractions join the St. Louis Union Station Hotel, a Curio Collection by Hilton, as centerpieces of the entertainment complex at the landmark station.

For more information on the St Louis Aquarium at Union Station, visit www.stlouisaquarium.com.

Joe Kleimanhttp://wwww.themedreality.com
Raised in San Diego on theme parks, zoos, and IMAX films, InPark's Senior Correspondent Joe Kleiman would expand his childhood loves into two decades as a projectionist and theater director within the giant screen industry. In addition to his work in commercial and museum operations, Joe has volunteered his time to animal husbandry at leading facilities in California and Texas and has played a leading management role for a number of performing arts companies. Joe previously served as News Editor and has remained a contributing author to InPark Magazine since 2011. HIs writing has also appeared in Sound & Communications, LF Examiner, Jim Hill Media, The Planetarian, Behind the Thrills, and MiceChat His blog, ThemedReality.com takes an unconventional look at the attractions industry. Follow on twitter @ThemesRenewed Joe lives in Sacramento, California with his wife, dog, and a ghost.
Share
Facebook
Twitter
Linkedin
Email
Print
WhatsApp
Pinterest
ReddIt
Tumblr
Previous articleJRA provides exhibit planning, design, and project management for Toyota Experience Center
Next articlePhil Hettema named judge for the 2020 Rose Parade