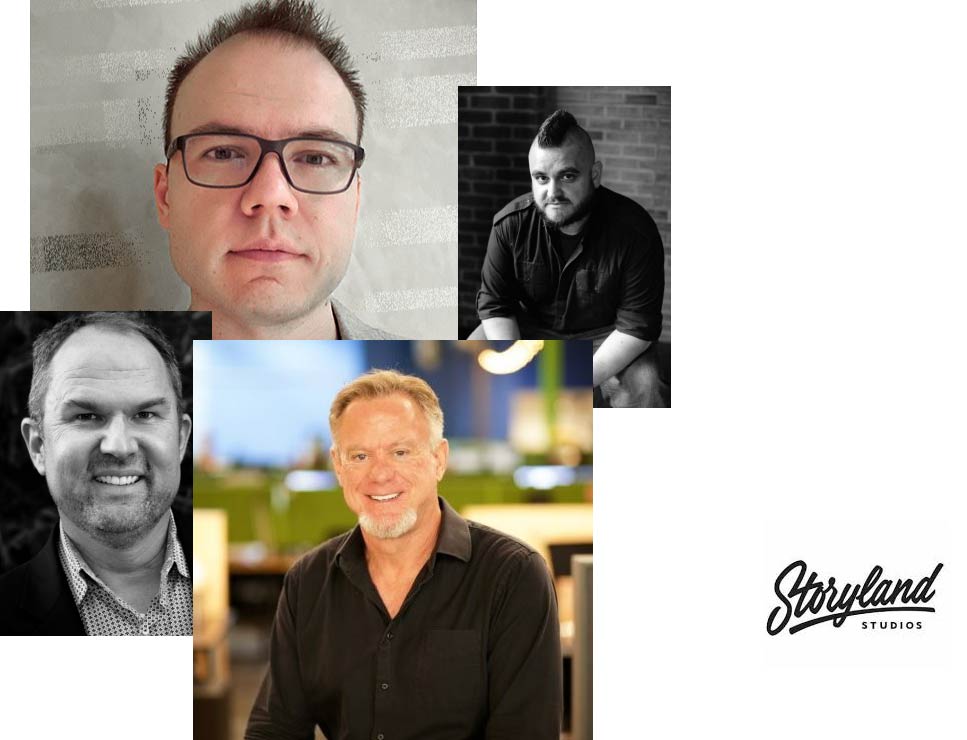 Storyland Studios has announced the hiring of three new leaders and promotion of one across multiple disciplines. The announcement comes as Storyland sees continued growth in the experience design business. The four strategic positions will play key roles in supporting the company’s rapidly expanding client portfolio.

Bruce Green is Storyland’s new Senior Project Director. Bruce has more than 20 years of experience as an Architect, Senior Designer and Creative Director in a lead role on the Master Planning, Conceptual Design, Design Development, Construction Documents and Construction Administration of major architectural and planning projects around the world. Types of projects Bruce works on include theme parks, wildlife and marine life parks, aquariums, waterparks, museum/science centers, resorts and hotels, retail stores, major league sports facilities and more. Bruce was the Architect on Gangster Shootout Attraction at Disney MGM Studio in Paris, the main entry of Universal Studios in Hollywood, Knott’s Camp Snoop at the Mall of America, Warner Brother’s Movieworld in Spain and the Space Center in Germany.

Jeff Wyatt has joined Storyland Studios as Executive Director of Spatial Storytelling℠. He has over 25 years of experience in design and production of some of the most highly attended exhibitions and attractions arounds the world, such as Harry Potter, King Tut, Michael Jackson, Titanic, Vatican, NASA Space and more. Jeff has consulted with museums and cultural organizations around the world, helping them create meaningful experiences for their guests. Prior to his museum career, Jeff was a Project Manager for Universal Studios in Hollywood for Terminator 2:3D and Nickelodeon Live show. He has an architecture degree from the University of California, Berkeley and MBA from the University of Texas, San Antonio.

Storyland Studios welcomes back Clifford Champion as their new Chief Technology Officer. Clifford has 15 years of experience in technology and R&D, including games, interactive media, AR/VR experiences, cloud applications and AI/machine learning. Clifford pushed boundaries of immersion and entertainment in AAA games on PlayStation 3, Xbox 360 and Nintendo Wii while working at industry-leading Havok (Intel, Microsoft). There he designed real-time physics and animation solutions for franchise titles like Fallout, and developed scalable solutions for the virtual world Second Life. More recently he led R&D for platform technology and K-12 STEM experiences at AV/VR company zSpace, Inc., which reached one million students worldwide. Clifford holds degrees from UCLA and UCSD in Mathematics and Computer Science respectively and has recently begun studies in Global Business and Technology at Peking University in China.

Michael Melilli is Storyland’s new Director of Story Development. Michael is an experiential storyteller with over 17 years of experience developing immersive experiences. Before joining the Storyland Studios team in 2006, Michael worked with various film and television productions companies, including the Jim Henson Company, where he was involved in the development of several projects centered around the Muppets as well as the Neil Gaiman scripted film, Mirrormask. Michael has overseen the story development of more than 75 experience-based projects. Highlights include the Las Vegas Mob Experience at the Tropicana Hotel and Casino, the THEA award-winning Poverty Encounter and projects based on some of the most successful intellectual properties on the planet, including Star Wars and the Marvel Cinematic Universe.