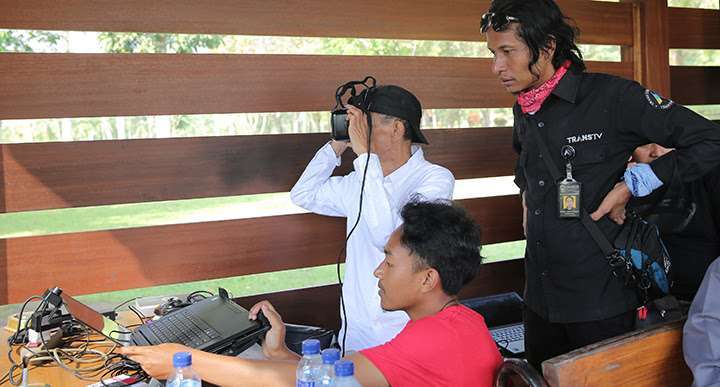 How do you capture extraordinary footage, in the most challenging environment, with complete confidence that it will be perfect when projected onto a curved screen four stories high?

That was the challenge for the Super 78 production team shooting Flying Over Indonesia (FOI), a flying theater attraction in development for a major park operator in Asia.  FOI will use a Dynamic Attractions ride vehicle and is scheduled to launch in 2019. Throughout the production process, the Super 78 team and the client made use of Mushroom VR, the collaborative review and approval platform that allows anyone, anywhere, to pre-visualise attractions before they are built. 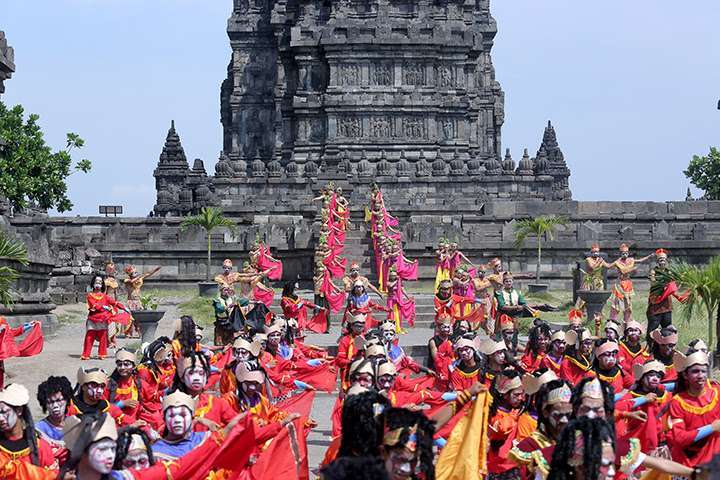 “Our crew was shooting in some of the most remote and spectacular locations on earth, “ stated Brent Young, President and Creative Director of Super 78.  “Whether we were in the highlands of Mt. Bromo or were at Prambanan Temple with 300 costumed extras and eight elephants, we had to know whether we got the shot. Using Mushroom VR, we could pull the card out of the camera, put the headset on and watch the footage, virtually, in the theater where it will be projected.”

Long before construction begins, Mushroom lets creatives experience a space as a guest would, at a precise one-to-one scale. This way, they can ensure that every detail supports the story they want to tell.

Mushroom is designed to be very easy to use, with clear graphical interfaces and intuitive controls.

This immersive, enterprise, virtual reality system is a complete reimagination of the creative process.

Joe Kleimanhttp://wwww.themedreality.com
Raised in San Diego on theme parks, zoos, and IMAX films, Joe Kleiman would expand his childhood loves into two decades as a projectionist and theater director within the giant screen industry. In addition to his work in commercial and museum operations, Joe has volunteered his time to animal husbandry at leading facilities in California and Texas and has played a leading management role for a number of performing arts companies. Joe has been News Editor and contributing author to InPark Magazine since 2011. HIs writing has also appeared in Sound & Communications, LF Examiner, Jim Hill Media, and MiceChat. His blog, ThemedReality.com takes an unconventional look at the attractions industry. Follow on twitter @ThemesRenewed Joe lives in Sacramento, California with his fiancé, two dogs, and a ghost.
Share
Facebook
Twitter
Linkedin
Email
Print
WhatsApp
Pinterest
ReddIt
Tumblr
Previous articleIAAPA names Hal McEvoy as President and CEO
Next articleMark Rossow joins Semnox Americas as Chief Sales and Marketing Officer